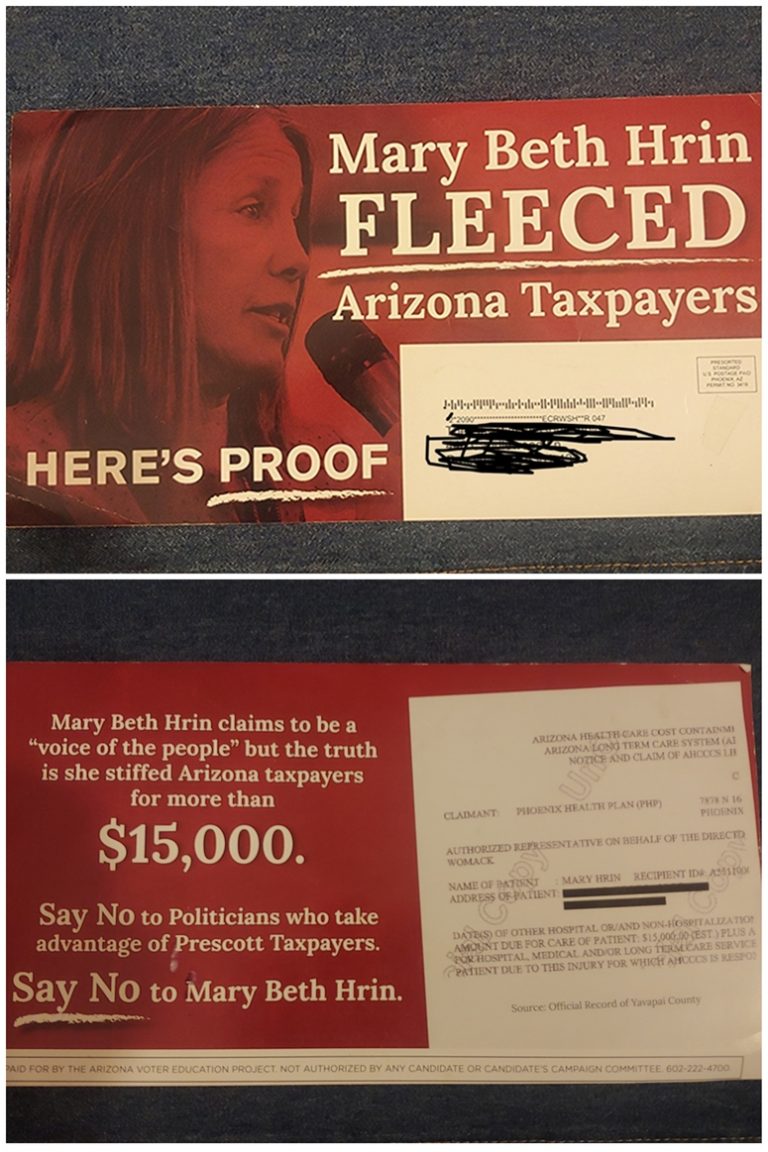 I was the victim of a vicious smear campaign when I challenged Mr. Mengarelli for Prescott mayor in 2017.  Time to break my silence.

Part of my decision to come forward now involves both an acceptance of my disability, and an understanding of my ensuing private humiliation.  But my decision also stems from utter disgust over the continuation of these ad hominem attacks against candidates in the current city election.

In 2001, I sustained a traumatic brain injury while riding my bicycle in Philadelphia.  An errant truck moved into the bicycle lane where I was riding and changed the trajectory of my life forever.  I am plagued with migraines, vestibular problems, fatigue, and uncontrolled seizures to this day.

As any returning military veteran or stroke victim can attest, the recovery process from a brain injury is painstakingly slow, lonely, and dignity stripping.  I was unable to return to my dream job as an Assistant District Attorney for the City of Philadelphia.  With extreme humiliation, I eventually applied for (and received) a government disability.  The Arizona Health Care Cost Containment System (AHCCCS) became my secondary medical provider.

Still, I persevered for years to recover, trying to give back to my new Prescott community through voluntary public service.  I spent over 800 hours researching, writing, and editing the Williamson Valley Community plan.  I wrote for numerous city, county, and state politicians and even helped draft the recovery home legislation at the state level.  I also toured Arizona giving my PowerPoint presentation on taxpayer liability within the Public Safety Personnel Retirement System (PSPRS).  When I felt I had a good grasp of the issues, and a vision for Prescott, I decided to run for mayor.

But nothing in my life to this point could possibly have prepared me for that campaign.  Rather than speaking to the issues of the campaign, two mailers attacked me for “fleecing Arizona taxpayers” because I was on AHCCCS.  Financed by Dark Money, politics in Prescott degenerated into that of personal annihilation.  To inflict the worst possible damage on my character, my private humiliation now became public.

Jean Wilcox, the 3rd candidate for mayor, immediately called and expressed genuine dismay over the mailers and the release of my private medical information.  She further disavowed any knowledge of the PAC that paid for the ads.  To this day, I never heard from the Mengarelli campaign.

As an aside, hoping to deter Dark Money from entering Prescott politics again, I sued the Arizona Voter Education Project PAC to discover the identity of the donors.  Unfortunately, I never received that information.   City attorney Jon Paladini comically wrote that the Arizona Voter Education Project did not violate state campaign finance laws as the mailers “did not expressly advocate . . . the defeat of a candidate.” 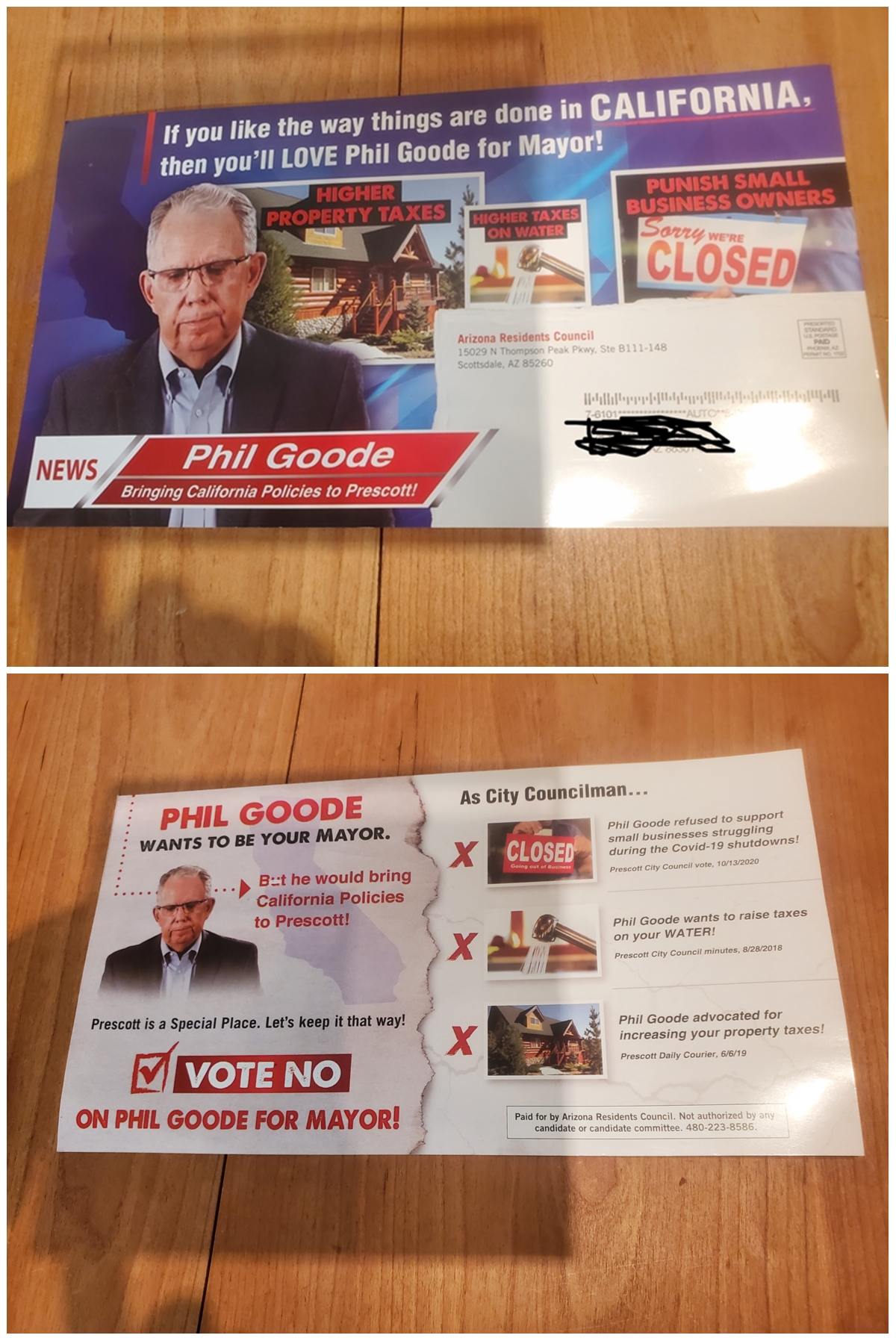 Campaign attacks against current city candidates bear a striking resemblance in tone to those used against me.  And once again Mr. Mengarelli claims he has no idea who’s behind the ads smearing his political opponents.  Yet his campaign team — specifically Pam Jones and David Hess — and his developer donors remain the same as from the 2017 election. 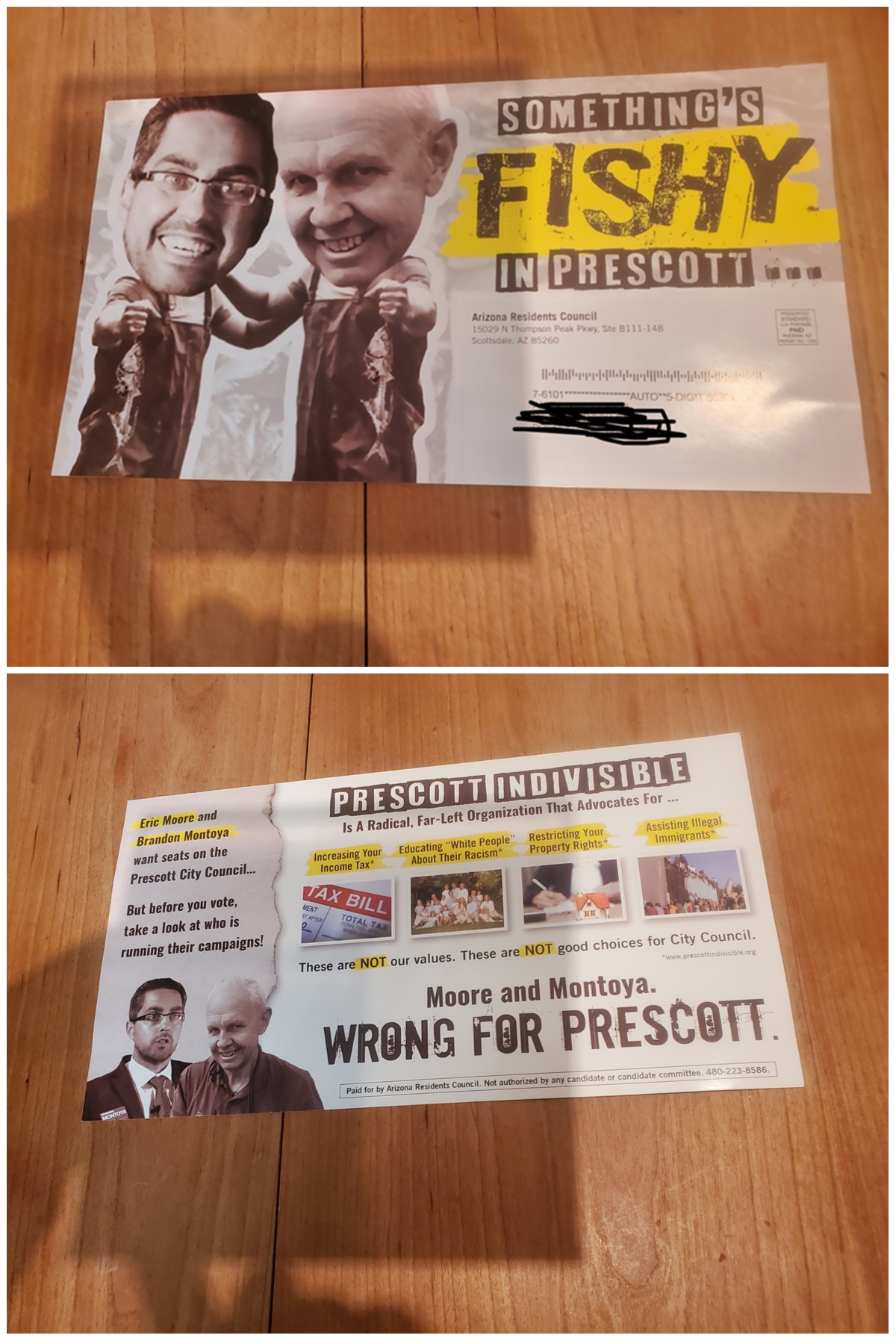 [Editor’s Note: As a matter of editorial policy, Prescott eNews does not endorse specific candidates.  The foregoing article is published in what we believe is the public interest. However, the opinions expressed  are those of the author.]
Facebook
Twitter
LinkedIn
Pinterest