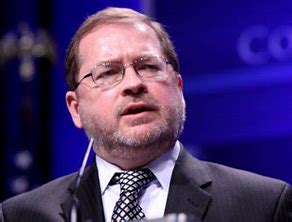 In case you missed it, this column by Americans for Tax Reform President Grover Norquist appeared on the Arizona Capitol Times website:

On Election Day, Arizonans will be asked if they want to impose a permanent $1 billion income tax increase. This tax hike – Prop 208 – would be the largest in Arizona history and would result in the Grand Canyon State having one of the highest income tax rates in the country, inflicting a great deal of harm on small business owners and their employees.

Advertised as the “InvestInEd” initiative, Prop. 208 would do nothing to actually improve education outcomes. It would not expand parental choice. It would not call for higher standards. It is basically a slush fund for bureaucrats.

If approved, Prop. 208 would impose a whopping 77.7% tax increase on single filers earning more than $250,000 a year and married couples earning more than $500,000 a year in the form of a 3.5% “surcharge” that would be nearly impossible to repeal. Backers of Prop. 208 have been claiming this massive increase in Arizona’s top marginal individual income tax rate would only impact “the rich.” But that is not true.

Prop. 208 proponents “forget” to mention that small business owners also pay individual income taxes. In reality, around 50% of those whose tax rates would be targeted are small businesses, many of whom have already been struggling from weeks of forced shutdowns to slow the spread of the coronavirus. The last thing these business owners need is to be left with is even fewer resources available to invest in jobs, wages, and basic business operations.

The consequences of Prop. 208 do not end there. It would also jeopardize future jobs and opportunities in Arizona, as it has been well documented that income tax rates are a key determinant of business location and investment. The lower the income tax rate, the more attractive the state.

Currently, Arizona’s top marginal individual income tax rate of 4.5% is fairly competitive. It ranks 13th lowest in the nation (seven states do not impose income taxes at all and two states only impose taxes on investment income) and second lowest in its region (Nevada and Texas are two of the true no income tax states), though just barely, as Utah, Colorado, and New Mexico all have top rates below 5%.

Nearly doubling this rate to 8% would give Arizona the unwelcome distinction of being home to the 10th highest top marginal individual income tax rate in the country (behind California, New York, and New Jersey) and the second highest rate in the region.

Why would anyone want to invest in Arizona when there are so many other states that would allow them to keep more of their hard-earned money?

“Our research shows that imposing the $1 billion income tax increase on individual and small business taxpayers would lead to a shocking erosion in Arizona’s Economic Outlook, from 10th best today all the way down to 20th.”

It is clear that Prop. 208 would devastate Arizona’s economy. And for what? Nothing in Prop. 208 guarantees education outcomes would improve. It does absolutely nothing to reform education. It simply hands more hard-earned tax dollars over to government agencies and administrative bureaucrats.

Raising taxes on small businesses will only cost jobs and wages.

Grover Norquist is president of Americans for Tax Reform, a taxpayer group founded in 1986 at the request of President Ronald Reagan.