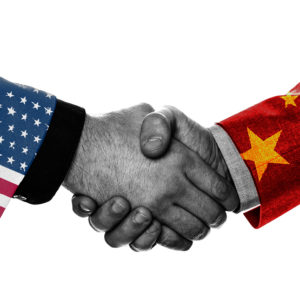 The Chinese technology company has been on a spending spree in Washington, D.C. This summer, it hired lobbying firms run by former Republican and Democratic members of Congress. It also paid $500,000 to hire Democratic super-lobbyist Tony Podesta to lobby the White House.

All this has happened while Huawei has been deemed a national security threat and put on a federal blacklist.

Huawei is a threat to the United States because it is partially controlled by the Chinese Communist Party. The sale of Huawei telephone devices in the U.S. was essentially banned in 2019 because they were rumored to have the capacity to spy on Americans and collect their data.

If Huawei’s phones are so dangerous that Americans can’t even buy them, why can Huawei buy influence in Washington?

Podesta’s former firm, the Podesta Group, was widely considered one of the most influential Democratic lobbying firms in Washington. He left the firm amid allegations that he failed to register as a foreign lobbyist for Ukraine during Special Counsel Robert Mueller’s investigation into Paul Manafort. The Podesta Group also represented Saudi Arabia, Iraq, and South Sudan.

The name Podesta should be familiar. His brother, John Podesta, worked alongside Joe Biden during the Obama administration when he was the president’s counselor. He was also Bill Clinton’s chief of staff from 1993 to 1995 and Hillary Clinton’s campaign manager in 2016. Now, he runs the Center for American Progress, a top liberal think tank.

And it’s just the tip of the iceberg.

The Chinese government has spent $65 million on lobbyists in Washington, according to OpenSecrets. Its spending in Washington has grown more than sixfold since 2016. These figures only include what is required to be disclosed under the Foreign Agents Registration Act.

The White House, for its part, has maintained many of President Donald Trump’s blacklist policies to keep Huawei out of the United States.

But Americans should be asking themselves why we even need to worry that highly paid shills for the Chinese Communist Party may have the ear of the president.

China already wields significant influence in the United States. Hollywood caves to every demand made by Chinese censors. Nearly all prescription drugs are manufactured in China; Chinese-owned apps like TikTok threaten the privacy of our teens. Propaganda programs like Confucius Institutes are plugging the CCP into public school classrooms. Chinese officials are testing hypersonic missiles and building a DNA database they could weaponize at will.

Communist China is considered widely to be the greatest threat to the United States. Congress must step up and ban lobbying by the Chinese government or its puppet companies like Huawei. America’s political system should be off-limits to foreign adversaries.

Will Coggin | Inside Sources

Will Coggin is managing director of the American Security Institute, which runs www.ChinaOwnsUs.com. He wrote this for InsideSources.com
All Posts »