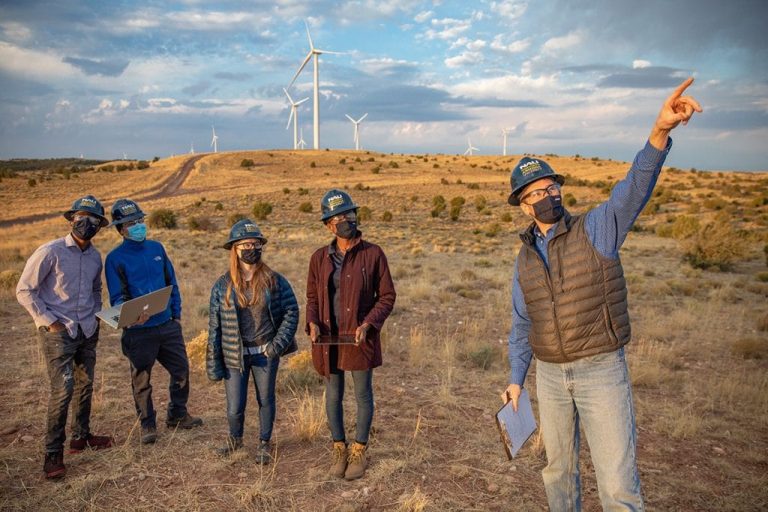 Northern Arizona University moved up five spots in the most recent National Science Foundation’s (NSF) national research rankings, moving to No. 191 with a fiscal year 2019 performance of $58.91 million.

The NSF’s Higher Education Research and Development (HERD) annual survey ranks more than 900 colleges and universities and is the primary source of information on research and development expenditures.

NAU’s climb is attributed to a 11 percent increase in research expenditures from 2018 to nearly $59 million in 2019.

Breaking into these elite ranks has been an important goal for President Rita Cheng since arriving at NAU in 2014. It represents the university’s commitment to and investment in research that is vital to students, faculty and the state.

“NAU has continued to rise in these rankings, which are a measure of the diverse achievements of NAU’s world-class faculty, researchers and support staff and our hard-working students,” Cheng said. “These rankings highlight the investment that NAU has made to high-level research, particularly in this time when creating new knowledge has never been more important. Our faculty are at the peak of their disciplines, and their work continues to be groundbreaking while also giving unparalleled experience to our graduate and undergraduate students.”

Benjamin Ruddell, the director of the School of Informatics, Computing, and Cyber Systems and director of the FEWSION Project, said this ranking was a result of a concerted effort to ensure NAU was on the cutting edge of research across its many academic areas.

“NAU is ranked among the top 10 percent of U.S. universities by most metrics, and we are now getting recognition for our excellence and leadership in research and innovation,” Ruddell said. “President Cheng and her team have made a carefully targeted investment in research capacity in science and technology at NAU in recent years, and our improved ranking demonstrates what that focused investment is achieving to benefit our students and the people of the State of Arizona.”

Julie Baldwin, Regents’ professor and director of the Center for Health Equity Research, attributed the ranking to the dedicated faculty, staff and students at NAU and the investments and commitments made by the administration to support research.

“We are proud to have contributed to the increased growth and capacity through our Center for Health Equity Research and our NIMHD-funded Research Center for Minority Institutions, known as the Southwest Health Equity Research Collaborative,” she said. “We have more than 90 investigators across campus who are affiliated with SHERC and CHER who are making tremendous progress in addressing health inequities in our region.”

The annual ranking of U.S. universities by level of research activity considers total research expenditures, types of research and the number of personnel who participate in research and development.

While NAU is at the leading edge of research in physics, astronomy, climate and environmental science, ecology, forest health and land management and microbiology, these rankings demonstrate a breadth of expertise across disciplines. Those include science, health and social sciences, and a focus on top-tier research, including increased research activity in emerging fields such as cyber systems and informatics, health equity, planetary sciences, bioengineering and material science.

Ted Schuur, a professor of ecosystem ecology in the Center for Ecosystem Science and Society, said NAU’s increased rankings year after year show the university’s investments into core research strengths have paid off. This cutting-edge research translates into improved opportunities for student training, particularly at the graduate level where students learn research skills that are widely applicable by working closely with faculty mentors. This investment also gives undergraduate students opportunities to be exposed to research for the first time.

“For me, coming in early as NAU made new investments into research meant that the outcome was only as good as we could make it,” he said. “It is nice to see the new critical mass that has been attracted to NAU and added to the research that was already ongoing. Together we have made a clear impact, both as reflected in the rankings but perhaps more importantly as reflected in the new knowledge that has been produced in service of helping society move into the future.”