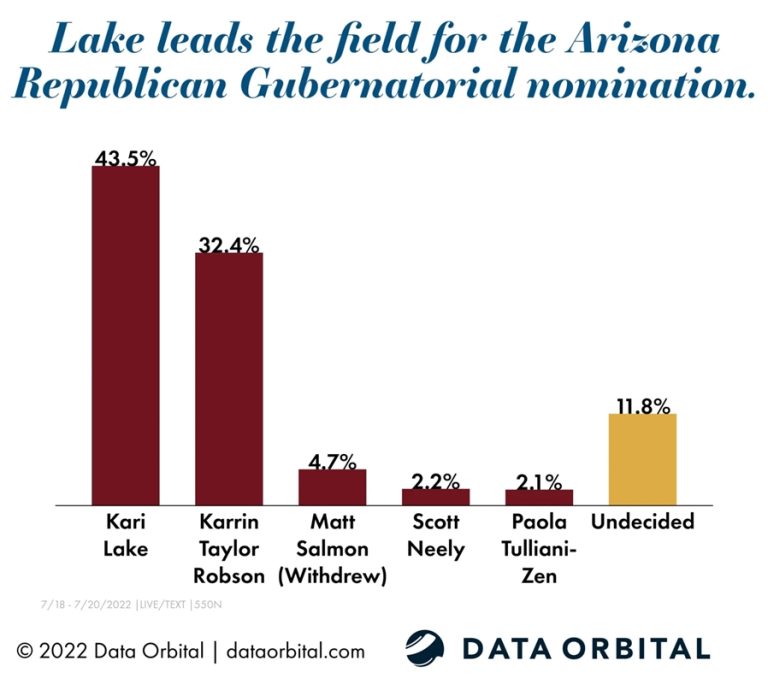 Data Orbital is pleased to announce the results of its latest statewide, mixed mode survey of likely Republican primary election voters. The survey was conducted from July 18th to July 20th.

The survey tested all Republican candidates whose names will appear on the ballot for Governor in the upcoming August 2nd Republican primary.

With mail-in ballots already being returned, Kari Lake shows a commanding 11-point lead over Karrin Taylor Robson. Lake is pulling away from the field as a poll conducted by Data Orbital earlier in July showed Lake only 4 points ahead of Taylor Robson.

Pollster George Khalaf had this to say about the latest results, “With nearly 250,000 Republican ballots returned, it is clear Kari Lake has maintained – and grown – her lead in the Gubernatorial race. We have seen the Undecided rate steadily drop from 28% in late June to 12%, with a little more than a week until Election Day. With what we are seeing in our polling, and every other public poll released on the Governor’s race, one thing is clear: Kari Lake is on her way to securing the Republican nomination.”

This poll of 550 likely primary election voters was conducted through a combination of live survey and text to web that collected 32.4% of the results from live caller landlines, 34.2% from live caller cell phones, and 33.4% from text to web. It had a margin of error of plus or minus 4.26% with a 95% confidence interval. Respondents were weighted on a number of different demographic figures based on prior primary election voter turnout figures. The poll was conducted from July 18 – July 20, 2022. All non-released questions would not reasonably be expected to influence responses to all released questions. The questions released are verbatim from the survey provided to respondents. Toplines and demographic data can be found here. Crosstabs for this survey can be found here.

Data Orbital is a full-service data solutions and survey research firm with local, state, and national experience.  We offer precise data solutions, informed by political and policy intelligence, so our clients can chart the right course through the corporate or political landscape ahead. 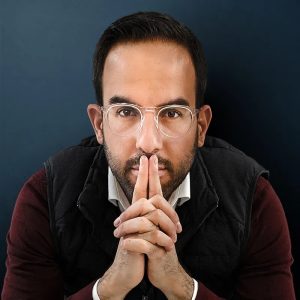 George serves as President of Data Orbital . Under George’s leadership, Data Orbital is a top ranked survey research and data visualization firm that is known for its accuracy and transparency. Data Orbital was the most accurate firm that polled Arizona political races and is top rated by FiveThirtyEight. Data Orbital’s survey research has been featured in top news outlets and publications such as The Washington Post, Politico, The Hill, NBC News, Fox News, Fox Business, The Arizona Republic, LA Times and others.
All Posts »