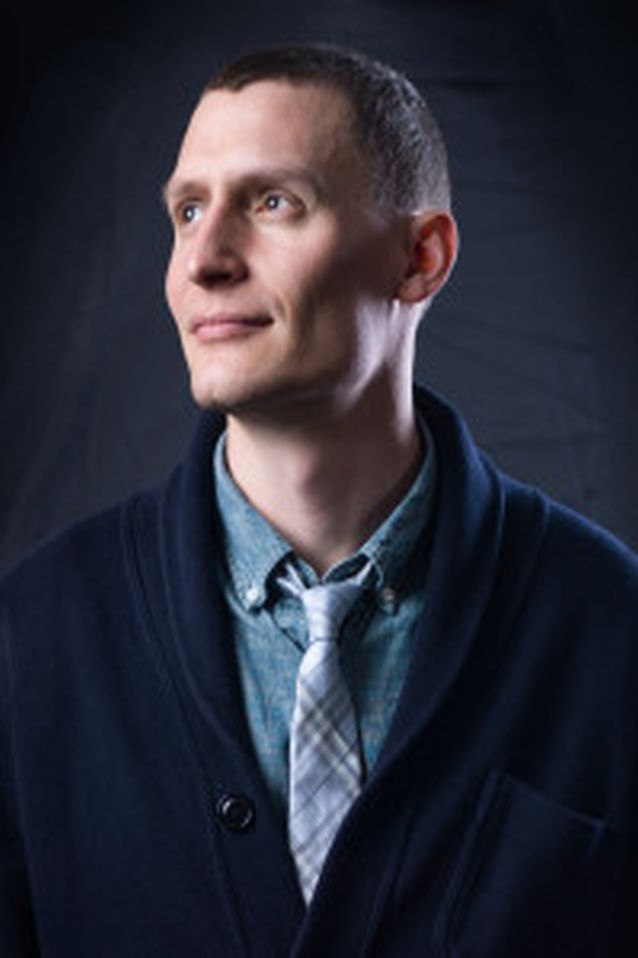 As Arizona’s primary elections race towards us – and with early ballots beginning hitting mailboxes this week – the race to face Democratic incumbent Mark Kelly for a Senate seat just got more interesting. According to OH Predictive Insights’ (OHPI) latest statewide Likely GOP Primary Voter Poll, Blake Masters has reared his head as the new frontrunner in Arizona’s GOP Senate Primary.

This AZPOP was conducted from June 30th – July 2nd, 2022 and surveyed 515 Arizonans qualified as likely GOP primary voters, giving the survey a margin of error of +/- 4.3%. 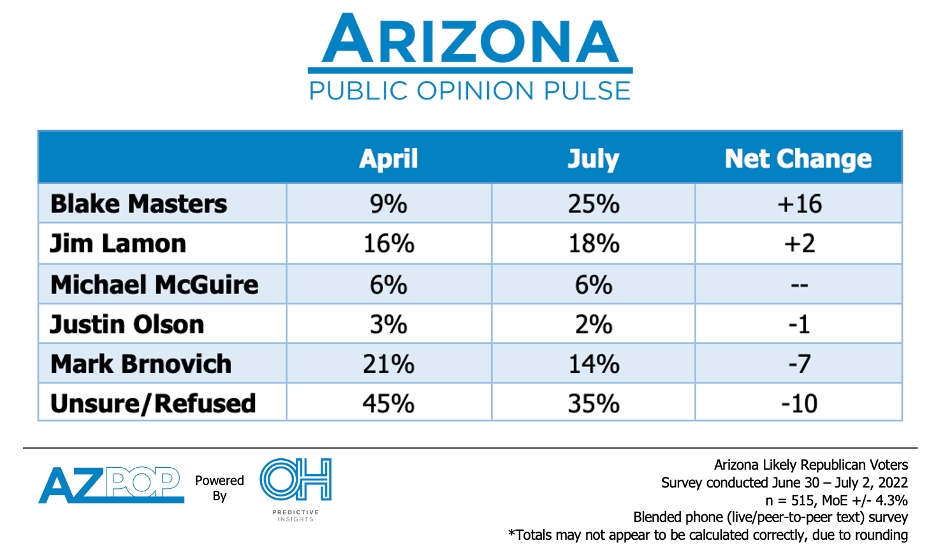 “Arizona Attorney General Mark Brnovich had been the frontrunner for this entire race until now,” said Mike Noble, OHPI Chief of Research.  “Masters is receiving the ‘Big Mo’ at a critical time in his campaign, and Trump’s endorsement appears to be the genesis of this new-found momentum.”

Back in April, Masters was only in the single digits among Arizona’s likely GOP primary electorate. In early June, Blake Masters received an endorsement from Donald Trump and we see that since, Masters has been able to start pulling away from the respective field of Republican candidates. Among GOP voters who identify as supporters of Donald Trump, 38% support Masters, 14% support Jim Lamon, and only 11% are for Mark Brnovich – who has fallen out of Trump’s good graces.

“With the wind at Masters’ back, he shouldn’t get too comfortable because the deep-pocketed Jim Lamon is staying competitive – for now,” said Noble.  “With 35% of voters still undecided in this contest, Lamon still has an opportunity, although he will need to hone in his messaging – a 2-point gain since April is not the best ROI.”

Methodology: This poll was conducted as a live caller/peer-to-peer text blended phone-based survey. The survey was completed by OH Predictive Insights from June 30 – July 2, 2022 from an Arizona Statewide Likely Republican primary voter sample. The sample demographics were weighted to accurately reflect the projected Arizona likely GOP Primary Voter population by gender, region, age, and party affiliation according to a recent voter file derived from the Arizona Secretary of State’s Office. The sample size was 515 likely voters in Arizona, with a MoE of ± 4.3%. Numbers may not equal 100% due to rounding.