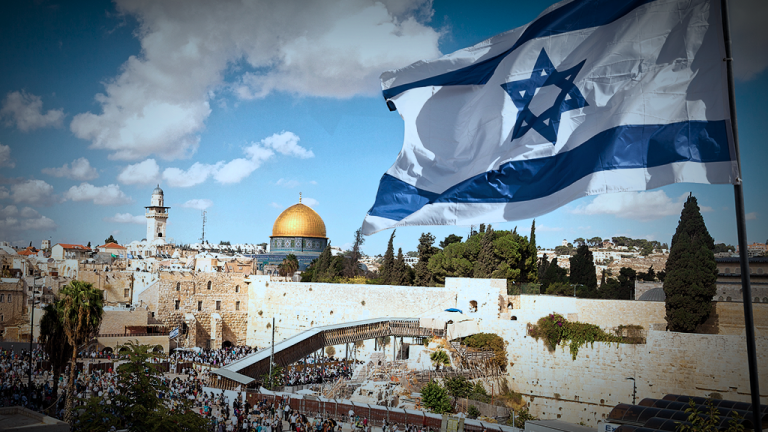 This is part of our continuing series of accounts by readers of how they shed the illusions of liberalism and became race realists.

For me, 2016 was a year of change: personally, spiritually, and, with the election of Donald Trump, politically. At the time, I was a liberal libertarian and didn’t know what to make of America’s new political landscape, so I didn’t even vote. One thing that got my attention was the burgeoning “alt-right” — a movement that made me simultaneously worried and curious. Back then, Milo Yiannopoulos was cast as a major figure of this movement. Mr. Yiannopoulos, as many readers surely know, is a gay Jew with a strong preference for black men. That made me wonder just how racist and anti-Semitic the alt-right really was — something didn’t make sense.

I thought I should get to the bottom of this incongruity by going directly to the source. So I read the man’s articles and listened to his speeches and found that I agreed with much of what he said, particularly his polemics against identity politics. Meanwhile, liberals were making me feel like there was something wrong with me just for being white. Mr. Yiannopoulos’s commentary provided a humorous catharsis. And so began my journey through “The Insidious Libertarian-to-Alt-Right Pipeline.”

Not long after, I stumbled upon Paul Gottfried’s speech, “The Rise and Fall of the Alternative Right.” Its contents showed that there was more nuance to this so-called “alt-right” than I’d been led to believe. I asked myself, “Why aren’t major networks interviewing Paul Gottfried?” It seemed as if the mainstream media were manufacturing a narrative rather than doing proper journalism by reporting the facts and allowing the audience to make their own informed opinion.

At this point, I still had some reservations about the alt-right. The media was saying these were bad people, but these “bad people” were making a lot of sense. Then I watched Jared Taylor’s video “What Is the Alt-Right?” (back when it was still on YouTube). Sentence by sentence, Mr. Taylor unraveled the worldview I’d forged at a four-year public university. I realized that what so many people call “racist” is simply reality. Race realism, I would discover, transcends the left-right paradigm. I recall a podcast where Mr. Taylor agreed with a black community leader who said black-majority city wards should have black aldermen representing them and black police officers enforcing the law there. That does not sound like anything a white supremacist would say. With respect to identity politics, I began to see that the alt-right was essentially a counterweight to the left’s identity politics. All politics are identity politics.

Interestingly, I may not have come to this point of view if I had not converted to Judaism and moved to Israel. By 2016, I had been living in Israel for a little over five years, and many of the alt-right’s arguments resonated with me because of my experiences here. Since it’s a very small nation, nobody here has the luxury of espousing the “virtues” of diversity from their secluded mansion in a majority-white gated community.

The big thing, of course, is the never-ending Arab-Israeli conflict, which I’ve experienced up close. Once, I was on a hike in the hills of Judea and an Arab assaulted me. I chose flight over fight and ran for it, ultimately running up to the edge of a cliff. Luckily, I was not pursued any further; otherwise, I may not be writing this essay. When I told this story to American Democrats, many of them not-quite-excused my assailant by saying that he was, after all, part of a marginalized/oppressed group — as if that was some kind of justification! Covering my wife and sleeping child with my body this last spring as the Iron Dome intercepted rockets was yet another lesson in how diversity fuels conflict.

Paradoxically, in Israel, some of the biggest proponents of race realism are leftists. While I consider myself a right-wing Jewish nationalist, race realism has taught me to respect the leftist position against settlement building (though I disagree). They rightly point out that annexation would mean either making Palestinians into Israeli citizens and giving them the right to vote, which would weaken Jewish political power, or making them second-class citizens with no voting rights. They understand that demography is destiny. They also understand that letting the Palestinian diaspora and their descendants back would be suicide for Israel. I do not begrudge Palestinians for wanting their land back. But vae victus, or “woe to the conquered.” The West should take note that a major factor in the conquest and dispossession of the Palestinians was the roughly 500,000 Jews who entered the British Mandate of Palestine both legally and illegally before the State of Israel was established.

This might surprise some, but I feel that my converting to Judaism and moving to Israel was the whitest thing I could do. It tapped into the archetypal Faustian spirit that is otherwise lost in the sedentary suburbs — the modern refuge of the white man. Living in Israel forced me to learn a new language and adapt to a strange environment. I encountered death. I found a woman, and I passed my genes to the next generation. I do feel a sense of guilt, though. My version of white guilt is my guilt for leaving my white gentile community and the country my ancestors built. In 2016, I had what in Hebrew is called “cheshbon hanefesh,” literally, “an accounting of the soul.” I came to see that what the alt-right wanted was simply a mirror image of what Zionist Jews want. It pains me that many of my coreligionists have a profound contempt and disdain for white gentiles. I feel that given the way things are going, white gentiles are becoming the new Jews, hated simply for who they are. The heritage and identity of white Americans are slowly being eroded — a birthright sold for cheap labor and exotic food. Why I converted to Judaism is beyond the scope of this essay, but one of the reasons was I wanted to feel a part of a community, a part of something bigger than myself. Living in Israel, though, I feel like a stranger in a strange land. But that still beat the alternative of being made to feel, slowly but surely, like a stranger in my own land.

Jonathan Doe lives in the Holy Land.
All Posts »

PrevPreviousEarnings After Retirement May or May Not Increase Your Social Security Check
NextWHO Are You? Gosar Fights to Protect America’s Sovereignty from World Health Organization Efforts – Rep. Paul GosarNext