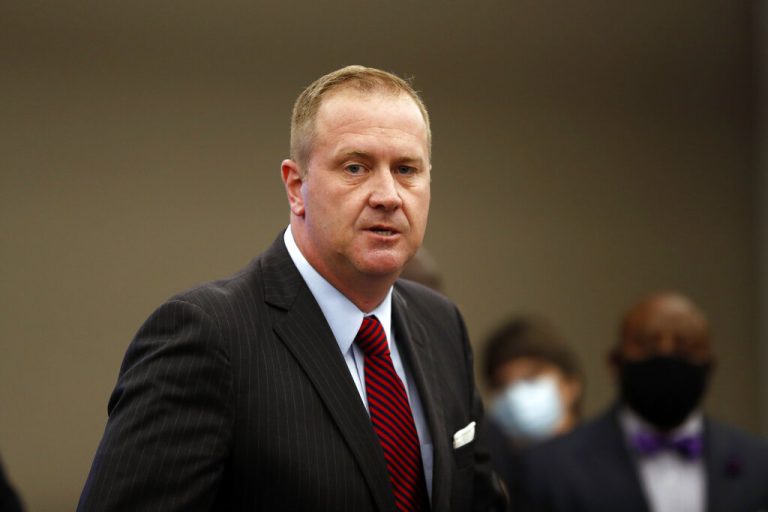 A federal judge on Monday blocked President Joe Biden’s administration from enforcing a coronavirus vaccine mandate on thousands of health care workers in 10 states that had brought the first legal challenge against the requirement.

The court order said that the federal Centers for Medicare & Medicaid had no clear authority from Congress to enact the vaccine mandate for providers participating in the two government health care programs for the elderly, disabled and poor.

The preliminary injunction by St. Louis-based U.S. District Judge Matthew Schelp applies to a coalition of suing states that includes Alaska, Arkansas, Iowa, Kansas, Missouri, Nebraska, New Hampshire, North Dakota, South Dakota and Wyoming. All those states have either a Republican attorney general or governor. Similar lawsuits also are pending in other states.

The federal rule requires COVID-19 vaccinations for more than 17 million workers nationwide in about 76,000 health care facilities and home health care providers that get funding from the government health programs. Workers are to receive their first dose by Dec. 6 and their second shot by Jan. 4.

The court order against the health care vaccine mandate comes after Biden’s administration suffered a similar setback for a broader policy. A federal court previously placed a hold on a separate rule requiring businesses with more than 100 employees to ensure their workers get vaccinated or else wear masks and get tested weekly for the coronavirus.

Biden’s administration contends federal rules supersede state policies prohibiting vaccine mandates and are essential to slowing the pandemic, which has killed more than 775,000 people in the U.S. About three-fifths of the U.S. population already is fully vaccinated.

But the judge in the health care provider case wrote that federal officials likely overstepped their legal powers.

“CMS seeks to overtake an area of traditional state authority by imposing an unprecedented demand to federally dictate the private medical decisions of millions of Americans. Such action challenges traditional notions of federalism,” Schelp wrote in his order.

Even under an exceedingly broad interpretation of federal powers, Congress did not clearly authorize CMS to enact “this politically and economically vast, federalism-altering, and boundary-pushing mandate,” wrote Schelp, who was appointed to the bench by former President Donald Trump.

While a vaccine requirement might make sense for long-term care facilities, Schelp wrote, CMS lacks evidence for imposing it on other health care providers and ignored evidence that the mandate could jeopardize understaffed facilities. The judge also said CMS improperly bypassed public notice and comment requirements when issuing the emergency rule, which “feeds into the very vaccine hesitancy CMS acknowledges is so daunting.”

A CMS spokesperson said the agency was reviewing the court order.

“Staff in any health care setting who remain unvaccinated pose both direct and indirect threats to patient safety and population health,” CMS said in a statement Monday. “That is why it is critical for health care providers to ensure their staff are vaccinated against COVID-19.”

Missouri Attorney General Eric Schmitt, who spearheaded the lawsuit, said the ruling “pushes back on the overreach of power” by those who are “using the coronavirus as a tool” for control over people.

Iowa Gov. Kim Reynolds said the vaccine is the best defense against COVID-19, but medical providers “deserve the freedom and ability to make their own informed health care decisions.”