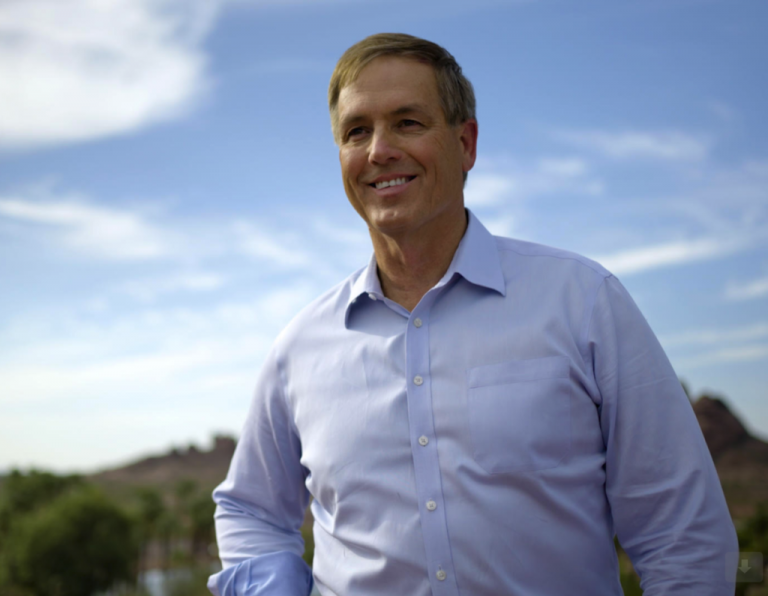 Republican Jim Lamon announced the launch of his campaign for U.S. Senate. Lamon is the first major Republican contender to announce a campaign to retake the Senate seat occupied by freshman Democrat Mark Kelly.

A Fortune 500 executive with more than 30 years’ experience in engineering and construction of large-scale fossil fuel and solar power plants, Jim is the founder and chairman of DEPCOM Power, a solar engineering and construction company, headquartered in Arizona. His company was ranked the 5th fastest-growing private company in the U.S. by Inc. 5000 in 2018. He is responsible for creating 1,600 jobs across the country, prioritizes hiring veterans and keeps 70% of dollars spent in the USA. Under Jim’s leadership, his company gives 10% of its net income to charity, over $7M to date.

Jim’s first job, at age 7, was shoveling manure on the family farm, where he earned $0.25 per stall. He later played football for the legendary Coach Bear Bryant, before serving our country as an Army Officer in Germany during the Cold War. Jim is a father and grandfather and lives in Arizona.

Jim is actively involved in Arizona politics, supporting Republican candidates for public office and, most recently, committing $2 million to the Look Ahead Arizona and AZ51 Voter Projects which seek to expand voting opportunities by registering tens of thousands of new conservative voters in Arizona ahead of the 2022 midterms.

“I’ve spent my career finding better ways to bring power, quite literally, to the people. Now, I’m running for US Senate to bring power back to We the People,” said Lamon.

Jim’s plan is simple: Put America First, Secure the Border, and Streamline the Federal Government. A strong conservative, Jim will defend our constitutional rights, use all means to secure the border, support national school choice, support a level playing field for the American worker, balance budgets, and defeat the Chinese Communist Party. If elected, Jim will donate his entire salary and he will not accept a government pension.