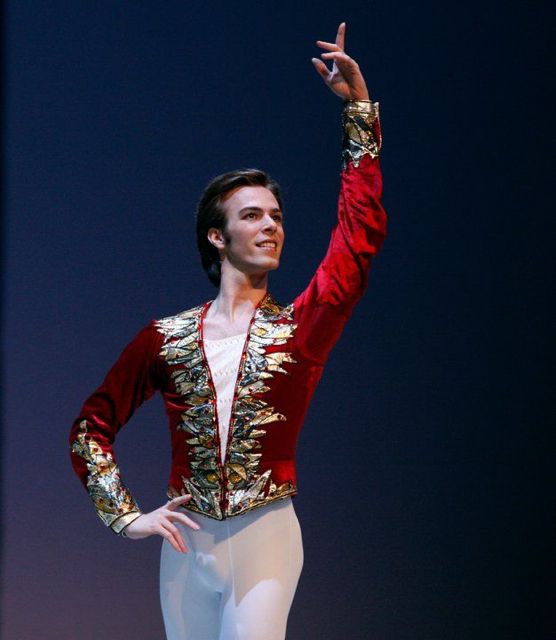 The Margot Fonteyn Academy of Ballet, which has selected Prescott, Arizona as the location for its world headquarters, is celebrating Fonteyn’s Birthday (May 18) in virtual mode, under COVID restrictions this year.

The celebration is headlined by the dual announcement that Austrian Ballet Star Rainer Krenstetter has been selected by Artistic Director Kenneth Ludden as Associate Artistic Director. Ludden also nominated Krenstetter to the Fonteyn Legacy Committee to inherit responsibility for carrying Fonteyn’s legacy into the future. Ludden, who envisions stepping down in 15 years, has selected Krenstetter after having worked together on projects around the world for the past 16 years.

“To carry the legacy of Fonteyn, one must be a top tier artist, dedicated to the Fine Arts, and have international experience in every aspect of the Performing Fine Arts. Krenstetter has stood out from the very first classes I taught him as an artist who puts the art form first, and works tirelessly to promote the highest form of Classical Theatrical Dancing, with particular focus on youth and education for the future.”

MFAB will be airing the official trailer of a full-length documentary about the life and ascendency of Krenstetter to his current position via the Internet on May 18. The film, produced and directed by German award winning filmmaker Pipo Tafel. Filming was completed in Vienna, Austria under strict COVID-restrictions on location at the Vienna State Opera and other locations. Also in the film is Krenstetter’s mother, Rosemarie Krenstetter (née: Stadlbacher),  who danced with Fonteyn and Nureyev in their 1972 staging and filming of Swan Lake with the Vienna State Opera Ballet Company.

Ludden was named by Fonteyn herself to carry on her legacy in education in 1979. Fonteyn took the next 12 years until her death in 1991 to groom Ludden and with him develop the detailed plan for the Margot Fonteyn Academy of Ballet.

During 2020, MFAB has offered over 400 online classes to students throughout the world, with the initiation of several projects in MFAB satellite programs in Durban, South Africa (home of the Margot Fonteyn Secondary School endowed and formed by Fonteyn in 1975); Christchurch, New Zealand; Kukuoko, Japan; Zagreb, Croatia and Riga, Latvia. MFAB worldwide programs, and the main campus in Arizona, are overseen by the Fonteyn-Leung Educational Trust in London.

MFAB’s world headquarters in Prescott was under construction when COVID hit, and will soon resume and finish construction. The full program will open when travel and COVID restrictions are lifted, with preliminary local offerings to begin in the summer months.

[Editor’s note: MFAB’s headquarters will be located on the 2nd floor of the Bulleri Building, 122 N. Cortez.]