Cities Where Retirees are Moving – An AdvisorSmith Study 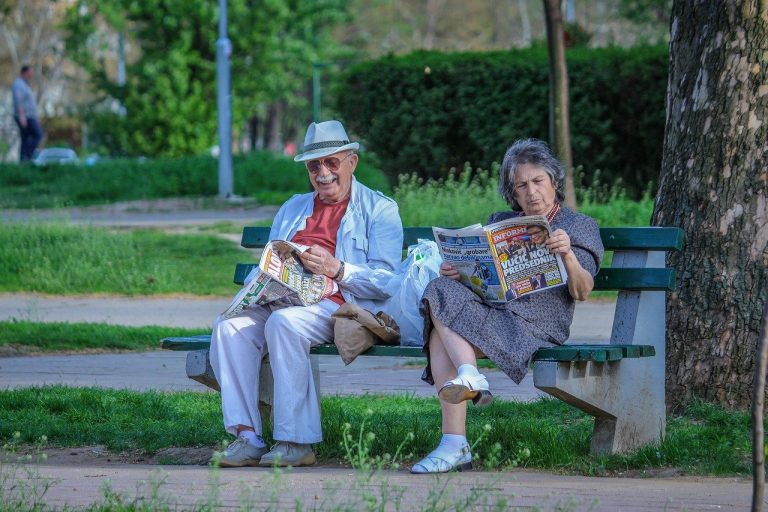 When many Americans reach retirement age, they often consider retiring from work and moving to a new city. Although many Americans move to new cities for a variety of reasons, retirees, in particular, may choose to downsize or seek sunshine or other amenities when they no longer need to be close to an employer or job. In this study, AdvisorSmith examines the American cities that are attracting the most new residents aged 65 or older. 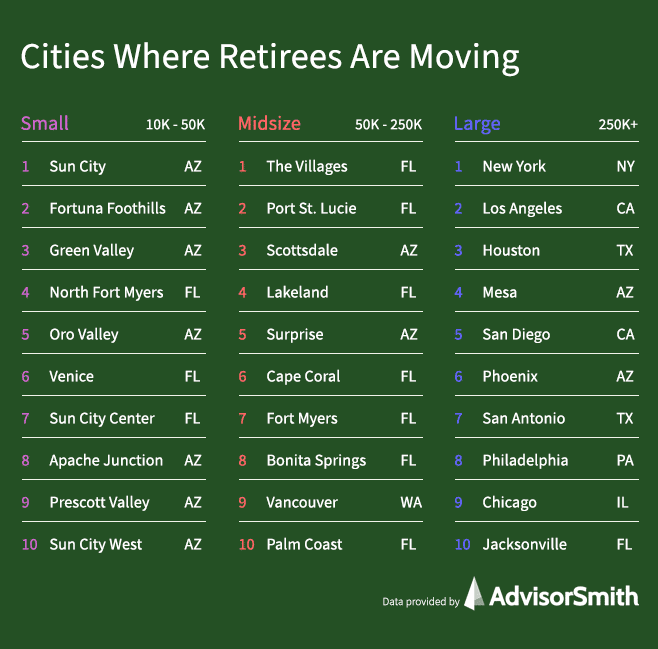 To find the cities where retirees are moving, we used data from the U.S. Census, which provides information about the number of new residents who moved during 2019, based on five-year estimates, classified by age group. We focused on residents aged 65 or older who moved to cities from other counties, out of state, or overseas. We also segmented our analysis into small, midsize, and large cities based upon population.

Large Cities Where Retirees are Moving

AdvisorSmith studied 84 large American cities with at least 250,000 residents each. Among these cities, an average of 2,105 residents of senior age moved in within the past year, according to Census data.

By far, the most popular large city for retirees in the United States was New York City. Seniors moved to NYC in droves, attracted by the city’s cultural amenities such as restaurants, theatres, and museums. Although the coronavirus pandemic interrupted the flows of seniors in 2020, it is likely that the city will become popular among retirees again once the pandemic subsides.

Also represented in the top 10 were other major U.S. cities including Los Angeles, Philadelphia, and Chicago, along with sunbelt cities Houston, Mesa, San Diego, Phoenix, San Antonio, and Jacksonville.

Midsize Cities Where Retirees are Moving

Small Cities Where Retirees are Moving

Smaller cities with between 10,000 and 50,000 residents accounted for 3,144 of the cities in our study. In these smaller cities, approximately 115 seniors moved to each city per year on average. The list of top small retirement cities was dominated by Arizona, with the state having seven of the top 10. Small Florida cities took up the other three spots.

AdvisorSmith determined the cities where retirees are moving using data published by the U.S. Census Bureau’s American Community Survey for 2019, based on five-year estimates for cities, towns, villages, boroughs, and census-designated places (CDPs) from around the country.

This dataset provides the estimated population for each city surveyed, as well as the number of residents aged 65 to 74, and aged 75 or older. It also provides the percentage of the population in each age group that moved to the city from another county in the state, from out of state, or from overseas within the last year.

For the full report and all the statistics, go HERE. 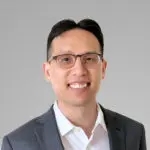