Opinion: How the Republican Party Can Find Its Way 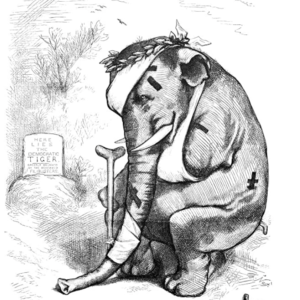 The inauguration is complete. Power has transferred. We are on to the next chapter of American political history. But as Republicans, are we? Do we have a way forward? If elections are the scores by which politics are measured, the last four years have been an unmitigated disaster. We lost the House, Senate, and White House. Something’s not working.

And while some in the party would say we need a more forceful version of the same, I’d say not. Why don’t we try different? Accordingly, I would offer five things that need radical change – or what many Republicans would recognize as a return to things we once stood for.

One, adherence to the truth. Facts used to be stubborn things, but that was so 1980’s. Now we have “alternative” facts. They represent madness. If I don’t trust you, and if we can’t even agree that there are things we legitimately disagree on, what are we doing? A debate between conservative and liberal answers to the problems that ail us can’t even begin without facts to debate. Trump has done great damage here in legitimizing the idea that it’s ok to make up one’s own facts or not tell the truth.

Two, a tone that’s not tone deaf. “I really don’t care or hear what you’re saying as long as you’re yelling at me,” would strike most as a pretty normal reaction to verbal hostility. Yet that’s the place former President Trump seemed to live, and his actions have given license to rudeness and cruelty on both the right and left. I’ve seen firsthand how singlehandedly the president turned off a lot of young voters in this. They don’t always love mom and dad, but what they saw was so at odds with what they had heard from them about treating others, they turned away in droves.

Everyone has become so strident.  We have lost the humility that allows one to believe something, but be willing to hear another view. Maybe it’s just a re-embrace of compassion or faith, but whatever it is we need it and we need it now. The French political philosopher Tocqueville observed in the 1800s that America was great because America was good. I still believe that of the American people, but we have lost that in what we see too often in politics today. So particularly in the Republican Party, given the coarseness of Trump’s approach, we need to elevate the virtues of decency, patience, and kindness so that we can be heard again. The Faustian deal struck between the religious right and Trump in pretending these things didn’t matter in exchange for “good” court appointments needs to go.

Three, a re-embrace of reason. Just as you can’t have a debate of ideas without facts, you can’t do it without reason as well. Our Founding Fathers gave us a reasoned-based republic, and two of its underpinnings were faith and common sense. Their idea of reason was based on the common sense of the farmer, not the aristocrat or the intellectual. In an age wherein many are tired of political correctness, Trump’s common man language had appeal. But it wasn’t reasoned. It was authoritarian. “Do it because I said so” has a short half-life in the system of checks and balances the Founding Fathers created. Reason should also mean looking past the next election and beyond one’s immediate self-interest. To contemplate what a decision means for one’s descendants will require leadership sorely lacking in today’s politics – but it’s precisely the thing that people would respond to.

Four, a re-embrace of science. As Republicans, we have simply lost our minds here. How can there be any logic in trusting the science behind the miracles of modern medicine, but when the same science is applied to our planet it’s fake science? We should embrace science, wherever it might lead – and then look for conservative solutions in fixing the problems that science uncovers.

Finally, we need to re-embrace math. We have joined the arms race of upward spending with the Democratic Party, and in doing so robbed ourselves of what was once a distinction between Republicans and Democrats. Over the last four years, Republicans have been mute as the national debt spiraled upward by about $2 trillion a year. And if both parties have abandoned watching out for my financial future, why not grab a “Bud” rather than a “Bud Light,” must be the thinking of many as they compare Democrats and Republicans. Our collective financial amnesia has us walking each day one step closer to the most predictable financial crisis in the history of man, and it’s sad the Republican Party no longer leads here.

These five things won’t fix all that ails the GOP, but they’re a start – and they need your voice. 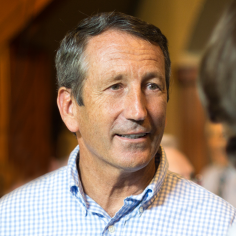 Mark Sanford is a former Congressman and Governor from South Carolina. He wrote this for InsideSources.
All Posts »

1 thought on “Opinion: How the Republican Party Can Find Its Way”