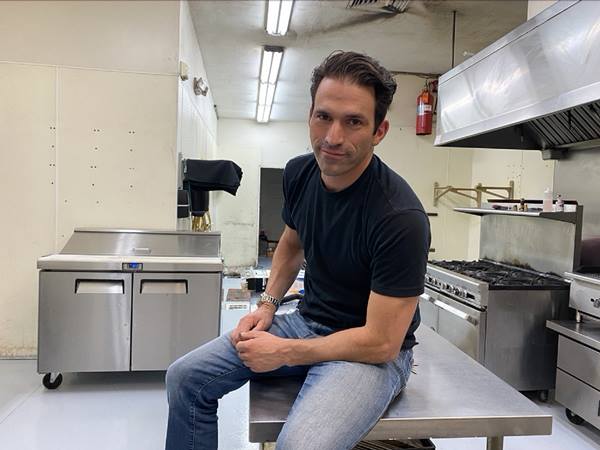 As Prescott continues to emerge as an up-and-coming, eclectic dining destination in Northern Arizona, Skyler Reeves, proprietor of Vivili Hospitality Group and the area’s largest restaurateur, announced today the expansion of his restaurant concepts with the debut of La Planchada, a modern taqueria and tequila bar, opening this fall.

As the newest addition to Prescott’s Whiskey Row Alley, which runs behind and parallel to the city’s famous Whiskey Row between Gurley and Goodwin streets, La Planchada is an unassuming, 38-seat outpost with equal parts back-alley grit and trendy-neighborhood taqueria, ideal for a quick lunch pop-in or a late night gathering with friends. A custom zinc bar accented with Mexican-inspired tilework anchor the center of the restaurant and complement the vibrant, street-art style murals adorning the walls. A lively patio along Whiskey Row Alley will offer guests outdoor seating and a walk-up window to order.

“For me, La Planchada fills a void in Prescott by offering a new and approachable dining concept that doubles as a street-style taqueria perfect for grab-and-go by day and a sexy tequila bar that elevates the city’s social scene by night. There’s really nothing else like it in the area,” said Reeves. “I’m also really excited about the location. The City of Prescott has been working hard to bring the Whiskey Row Alley to life over the past year and it’s been really exciting to see this once tired, empty strip transform into a destination that people will want to explore for themselves. So when the opportunity presented itself, I knew we had to jump on it.”

With an extensive revitalization currently underway, Whiskey Row Alley is reminiscent of popular, big-city locales like Belden Place in San Francisco and Stone Street in New York City. Setting the tone with bistro lights and a brightly-lit, iron sign hanging above the alleyway and a vibrant mural depicting Prescott’s rich culture, there’s also a number of restaurants, like La Planchada, that have little patios that open up to the main drag to create an off-the-beaten-path hideaway for locals and travelers.

Following the success of Prescott’s first gastropub, The Barley Hound, La Planchada will be the second original concept by Vivili. As the largest restaurant group in the area, Vivili employs more than 100 people across its restaurants including Rosa’s Pizzeria and Taco Don’s, plus a full-service events and catering company, Hawk & Hound. With an eye towards putting Prescott on the culinary map, Vivili is not only committed to executing exciting new concepts that deliver big-city appeal, but also breathing new life into celebrated staples while maintaining the quality and charm locals and travelers have grown accustomed to.

La Planchada is located at 217 W. Gurley St. and will initially be open five days per week from 3:00pm to midnight, with plans to expand operating hours into lunch after opening.

About Vivili Hospitality Group
Headquartered in Prescott, Ariz. and led by owner Skyler Reeves, Vivili Hospitality Group is the largest restaurant group in the area employing more than 100 people across four thriving restaurants including The Barley Hound, Rosa’s Pizzeria, Taco Don’s and La Planchada, plus a full-service events and catering company, Hawk & Hound. With an eye towards putting Prescott on the culinary map, Vivili is not only committed to executing exciting new concepts that deliver big-city appeal, but also breathing new life into celebrated staples while maintaining the quality and charm locals and travelers have grown accustomed to. Vivili looks to expand its concepts regionally and nationally in the coming years. For more, visit ViviliGroup.com/.

PrevPreviousProposition 207 would legalize recreational marijuana for those 21 or older
NextADOT: Lane Closures on 89A in Prescott Valley and near JeromeNext