The CDC’s Role in the Urgent Health Crisis in Jails, Prisons and Detention Centers 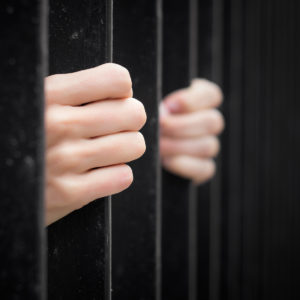 The Centers for Disease Control and Prevention’s revised COVID-19 guidance — that all asymptomatic people who have been in contact with infected individuals need not get tested — has alarmed medical experts.

Given the CDC’s estimate that 40 percent of infections are among asymptomatic individuals, the politics of managing case counts may be trumping the interruption of transmission of the novel coronavirus in all settings.

In an April letter, more than 500 medical experts sought to correct another shortcoming in the CDC’s COVID-19 guidance: the failure to recommend the depopulation of prisons, jails and immigration detention centers.

Despite longstanding scientific knowledge that prisons and jails are tinderboxes for contagion and criminological evidence that many incarcerated people in the United States can be safely released, the CDC has not recommended depopulating correctional facilities to reduce the effect of the COVID-19 pandemic inside these facilities and its transmission into the larger community.

Consequently, the 15 largest known coronavirus clusters of transmission in the United States have occurred in prisons and jails.

Many jurisdictions have limited the admission and accelerated the release of individuals in pre-trial detention or people convicted of non-violent offenses in jails and prisons and reduced the population in immigration detention centers.

Overall, this has brought down the incarcerated and detained population by approximately 11 percent during the pandemic, as we recently estimated in the journal Lancet Infectious Diseases.

These decarceration levels are insufficient given the scale of U.S. incarceration. Even before this pandemic, experts and policymakers were working to lower the United States’ unparalleled level of incarceration.

Nationwide crime rates have fallen to half their level in the 1990s. Following a nearly 700 percent increase in the U.S. prison population since the 1970s, the number of people in prison finally began to decline in 2010, and prisons downsized by 9 percent over the next nine years.

But the U.S. prison and jail incarceration rate remains several times higher (670 people per 100,000 residents) than that of other industrialized countries (e.g., 94 per 100,000 in Germany).

This pandemic makes it critical to reassess the incarceration of nearly 2 million people in the United States, particularly those who are elderly or otherwise at increased risk of serious illness or death from COVID-19.

People of color, who bear a disproportionate burden of COVID-19-associated illness and death, are also overrepresented in U.S. prisons and jails, making up nearly two-thirds of the incarcerated population.

The reduction in incarceration levels is supported by reams of criminological evidence showing that many people need not be incarcerated to ensure public safety. Most imprisoned people, including half of the prison population who have violent convictions, are serving excessively long sentences.

The experiences of Connecticut and New York illustrates the country’s excessive reliance on incarceration. These states have reduced their jail and prison populations by half since reaching their peak levels while outpacing the nationwide crime drop.

But even as leaders in decarceration, Connecticut and New York still maintain unacceptably high levels of incarceration, especially for Blacks. Moreover, they continue to imprison many elderly people who have served decades for violent crimes committed as young adults and who no longer pose a public safety threat.

Nationwide, people released following long sentences for violent crimes have what experts have characterized as a “minuscule” recidivism rate — far below that of most people released from prison. However, the politics surrounding their conviction has trumped medical and criminological evidence supporting their release.

The lives of incarcerated people now depend on the CDC working with, rather than resisting, the scientific evidence on health and public safety.

Nazgol Ghandnoosh is a senior research analyst at The Sentencing Project and Carlos Franco-Paredes is an associate professor of medicine-infectious Disease at University of Colorado. They wrote this for InsideSources.com.
All Posts »