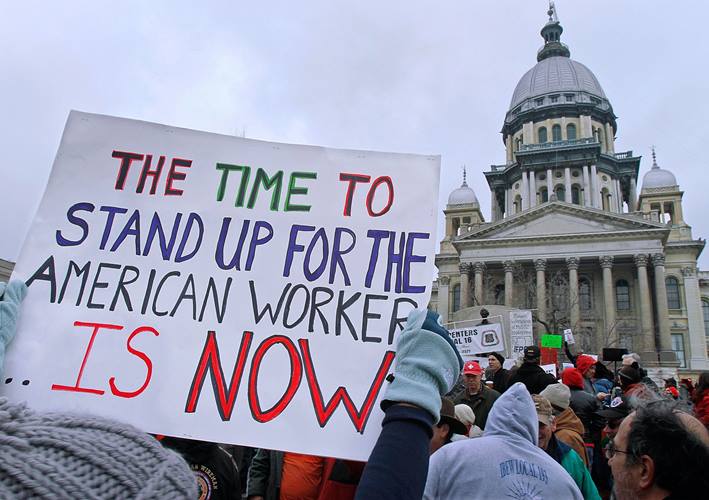 Point: Workplace Transformation Will Affect Everyone, Even Labor Unions

The Labor Day holiday dates back to the early 20th century and envisioned as a public celebration of  “the strength and esprit de corps of the trade and labor organizations” of the community.

This year’s commemoration may seem strained with social distancing and much uncertainty about the future of jobs and opportunity, but the situation is less dire than feared at the start of the COVID-19 crisis. Americans are resilient and are finding ways to cope. We should all take pride in that. It’s also possible the disruption will have some positive side effects, like shaking up the status quo regarding labor unions.

It is unlikely work life will revert to the way it was before the COVID-19 crisis. Many workers have learned to clock in from home — and found they prefer it. Big companies are rethinking large offices now that they know workers can do things remotely. Service-oriented businesses like restaurants have switched over to delivery as the primary means of reaching customers. City populations will thin if offices go empty, and the ancillary businesses that relied on the white-collar workers — like dry cleaners, delis and parking lots — will thin out, as well.

Parents who hadn’t considered homeschooling have been forced to try it or other alternate education models. Some parents will prefer the alternatives, meaning smaller classes and fewer teachers at traditional schools. Doctors learned how to practice telemedicine, when possible, limiting their need for offices and support staff. And so, across the economy.

That’s “creative destruction” happening, and it’s a necessary if sometimes painful sort of change. We must cope and adjust. Instead of being clustered together in a workplace, more of us will be independent actors, providing valuable services from home. One of the great banes of workers — commuting — will decline as a concern. Fewer people will need to leave their home, and who must will find streets less crowded. Parents who once saw their children for only a few hours a day will now be more often present.

What will all this change mean for labor unions, a prominent workforce influencer for more than a century? The shift away from a traditional workplace eliminates one of the main ways organizing was accomplished: employees talking to one another. Workers will be less inclined to see themselves as members of a collective if they don’t actually see fellow workers on a daily basis. Individual workers will feel more empowered to make demands of their employers, since they can more easily switch to another job. In schools, even a modest decline in class size will likely have a huge effect on teachers unions, since this will cut down the number of teachers. Union leaders were already struggling to maintain their numbers in the pre-COVID-19 workplace.

The growth in the so-called gig economy, now accelerated, will be a particular problem for unions. Gig workers are typically hired as contractors and, therefore, not legally organizable by unions. That’s why unions have been fighting a rearguard effort to force companies to classify those workers as employees, most notably through California’s AB5 law.

Unfortunately, cracking down on companies like Uber and Lyft simultaneously curtailed the work of other freelance professions, too, causing considerable blowback against AB5. Uber and Lyft have threatened to stop operating in the Golden State altogether if the law survives coming battles in court and at the ballot box. It is hoped California’s misfortunes will deter other states from imposing such a draconian law.

Either way, the road ahead will be difficult for many people. The unemployment rate stands at 10.2 percent, twice what it was when President Trump took office and nearly three times what it was at this point last year. There are 8.4 million people who are working only part-time, more than twice what it was in February. More than 7 million cite “lack work or business conditions” as the reason they are part-timers. Businesses large and small alike have closed, taking jobs with them.

Meanwhile, the government has been paying large unemployment stipends for the better part of the year, with the main debate in Congress over just how large those benefits should be. At least the benefits don’t appear to have eroded Americans’ work ethic too much: Employment numbers have jumped every time people have been given the opportunity to work. Right now, allowing Americans to get back to work is still the best thing we can do for them, particularly in this altered world we find ourselves, where work as we knew it is changing rapidly.

Sean Higgins is a research fellow with the Competitive Enterprise Institute, a free market public policy organization. He wrote this for InsideSources.com. 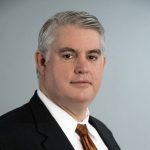 Counterpoint: What Is Our Government Doing to Labor?

America has lost more than 12 million jobs in the last six months. An estimated 12 million people have lost their employer-sponsored health insurance during the worst pandemic in a century. Tens of millions report not having enough to eat.

But one month ago, tens of millions of unemployed Americans lost a lifeline that, for many, had been paying their bills for months: a $600 weekly federal unemployment insurance benefit that Congress failed to renew at the end of July.

How can this happen in a democracy? This is a question that everyone who works for a living — or would like to do so if they could find a job — might want to consider on this Labor Day.

Polls indicate that Democratic voters tend to blame Republicans, and vice versa, for the failure to reach an agreement to extend these benefits. But if the facts of this political disaster were more widely known and understood, Republicans could lose not only the presidency but also the Senate in November. After all, millions of unemployed Republicans lost most of their income as a result of what their political party wanted, and did.

The Democratic-controlled House passed a $3 trillion bill in May, which extended the federal unemployment benefits through January 31. Senate Republicans waited until July 27 — just four days before the expiration of the unemployment benefits, before responding with their own proposal. This all but guaranteed that the benefits would expire. Senator Mitch McConnell, the majority leader, acknowledged on July 29 that about 20 Republicans senators didn’t want any new legislation at all.

Republican senators repeatedly expressed worries that the unemployment benefits created a “disincentive to work.” But economists have found no evidence of this; on the contrary, millions of workers who were receiving these benefits returned to work in May through July, and there are more than 11 million more workers unemployed than there are job openings.

Other Republicans wanted to cut the federal benefit by as much as two-thirds. But the fact that the Republicans could not agree among themselves on the magnitude of the pain to be inflicted pretty much eliminated the chance of a negotiated solution.

The biggest stumbling block in the negotiations was over money for the states and cities/local governments. McConnell himself had come under fire for rejecting calls for assistance to state and local governments, suggesting instead that states should consider going bankrupt. The House bill allocated about $900 billion, but Republicans weren’t having it. This funding has overwhelming support among economists, because it is so obviously necessary. States are losing hundreds of billions of dollars of revenue from taxes during this deep recession. Unlike the federal government, they have laws that prohibit them from running budget deficits and borrowing during a recession.

By contrast, the federal government can currently borrow at zero interest rates — actually negative interest rates if we take inflation into account. So, it makes obvious economic sense for the federal government to distribute some of this money to the states, as well as to thousands of local governments that also provide services. The cost to our economy, and Americans present and future, of not providing these funds is much greater than the debt incurred.

State governments are responsible for much of the health care needs that have increased during the pandemic. They also need additional money for education infrastructure as much of it moves online. Not to mention the need to preserve essential services such as transportation, water and sanitation. Also, layoffs at state and local governments will disproportionately harm Black workers.

Who would want to be forcing layoffs — potentially totaling millions at the state and local level — during a depression and pandemic? Ask Mitch McConnell and Donald Trump.

Mark Weisbrot is co-director of the Center for Economic and Policy Research in Washington. He is the author of “Failed: What the ‘Experts’ Got Wrong About the Global Economy.” He wrote this for InsideSources.com. 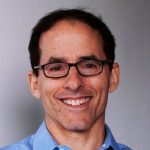