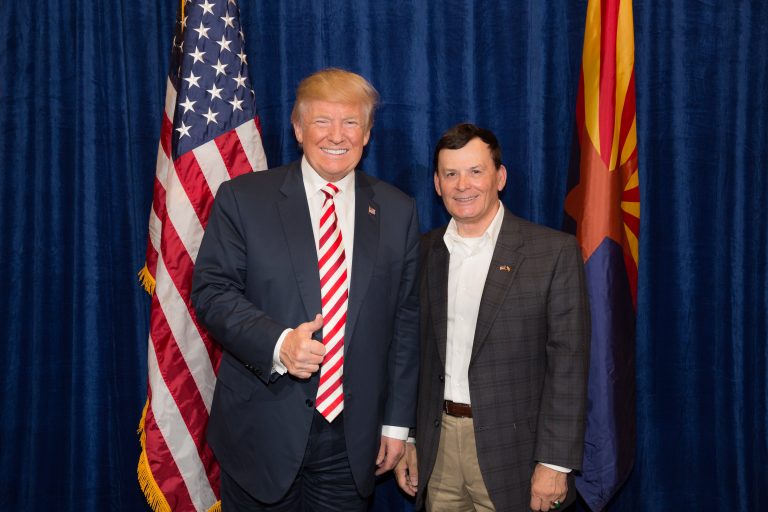 If national polls are to be believed,  a substantial majority of Republican voters don’t believe President Biden was legitimately elected and that the presidency was in some way “stolen”  from Donald Trump. As a Trump supporter,  I would like to believe that.  Unfortunately,  I can’t find the evidence.  And I’ve looked.

The Maricopa County audit  overseen by Republican officials ended up giving Biden several hundred more votes than  he got on election day. Reviews in other states overseen  by Republican governors and legislatures  have failed to turn up significant evidence of fraud.  As we enter the 2022 election year, it’s important to understand why Trump lost in 2020. We  can’t afford  to make the same mistakes  again.

In the summer of 2015, I was an Arizona delegate to the National Convention of the American Federation of Republican Assemblies (AFRA) in Nashville where I heard  Donald Trump speak for the first time.  It was a  command  performance—a forerunner  of what became his trademark  ‘rally’ speech. What Trump did that day was unlike any politician  I’ve ever heard.

He spoke for an hour, without notes, in a relaxed, natural, conversational style.  He struck chords of populism and nationalism.  He mocked the  media and the feckless Republican  establishment. He said  “out loud”  what no other presidential candidate had ever said before—America is in decline.  Our leaders have sold us out.  He touched on all the familiar themes—bad trade deals   outsourced jobs and manufacturing,  endless foreign wars,  third world  immigration,  an overreaching federal bureaucracy—and how they were destroying the prosperity and heritage of our country.  He  promised to put America  First and Make  America Great Again. He came across as  authentic. He was a truth teller.  It’s  been a rocky road  with Donald Trump, but my faith in his political mission has held strong. 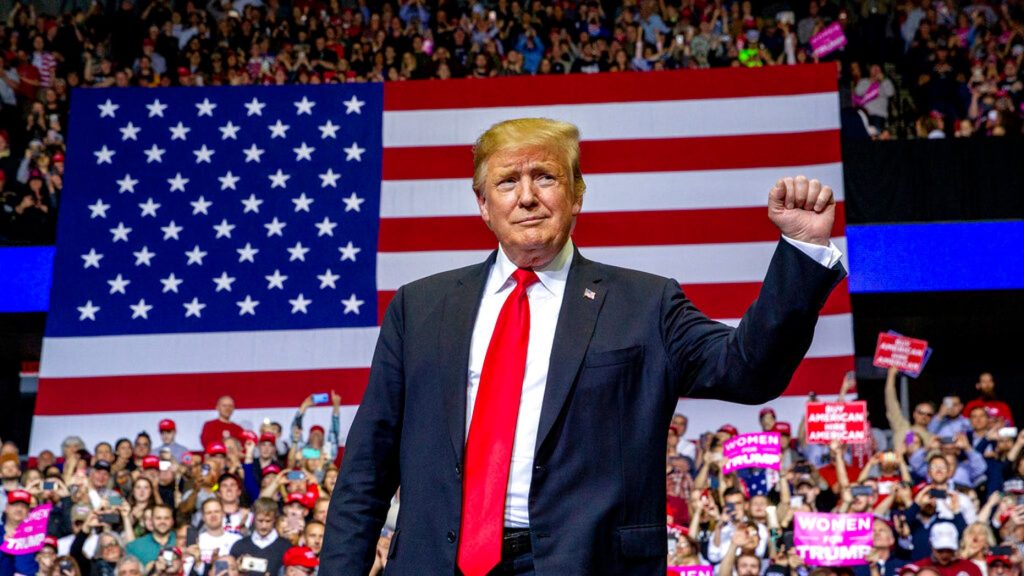 A few months after my first encounter with Trump, I got a call from former State Senator Thayer Verschoor, who had also been a  delegate at the AFRA  convention and was now helping Team Trump prepare for the upcoming Arizona Republican primary.  He  asked  if I would help put  together a Trump for President committee in Yavapai County.  I was honored to be asked.

My first thought was to enlist the help of  longtime  Republican  activist, Brenda Dickinson– now a member of the  Prescott  Valley Town  Council.  Brenda and I put  together the names of  15  potential  Trump supporters  and  invited  them to an  organizational  meeting at my hotel,  the former Comfort Inn in  Prescott. I had just announced for the state legislature and was putting together my own campaign.  We unanimously selected Brenda  as our Chair.  She went on to build  the  most successful  Trump committee in Arizona. In our  March 22nd  Presidential  Primary,  Trump swept Yavapai  County and the state.

In 2016, for the fifth time in our nation’s history,  the  candidate for president who did not receive a  majority of the popular vote won the election.  The same thing happened 16 years earlier when George Bush defeated Al Gore.  Gore won the popular  vote. Bush won the Electoral College.

Losing the popular vote but winning the Electoral College has given Republicans a false sense of  security in national elections.  It allows us to ignore the awkward  fact that the majority of our countrymen voted for someone else.  As long as Republicans can cobble together enough votes to win the Electoral College,  we can pretend we are still in control.

A quick review of what happened in 2016 exposes our weakness.  Hillary Clinton got 51.1%  of the  popular vote to 48.9% for Donald Trump.  But Trump got 304 electoral college votes to Clinton’s  227—a difference of  77 votes.  These 77 electoral college votes came from just five states– Arizona, Georgia,  Michigan, Pennsylvania,  and Wisconsin—all states  that Trump won in  2016  but lost in 2020.  Drilling down a bit into the actual margins of victory,  Michigan’s 20 electoral votes went to Trump by 10,704 votes,  Pennsylvania’s by 44,,292,  Wisconsin’s by  22,747.  The margins in Georgia and  Arizona were bigger.  But Trump’s win in these five key states which secured his  victory rested on just 400,000  votes out of a  total  of 130  million votes cast—a margin of victory of less than .3%.  The popular vote went to Hilary Clinton by nearly three million votes. 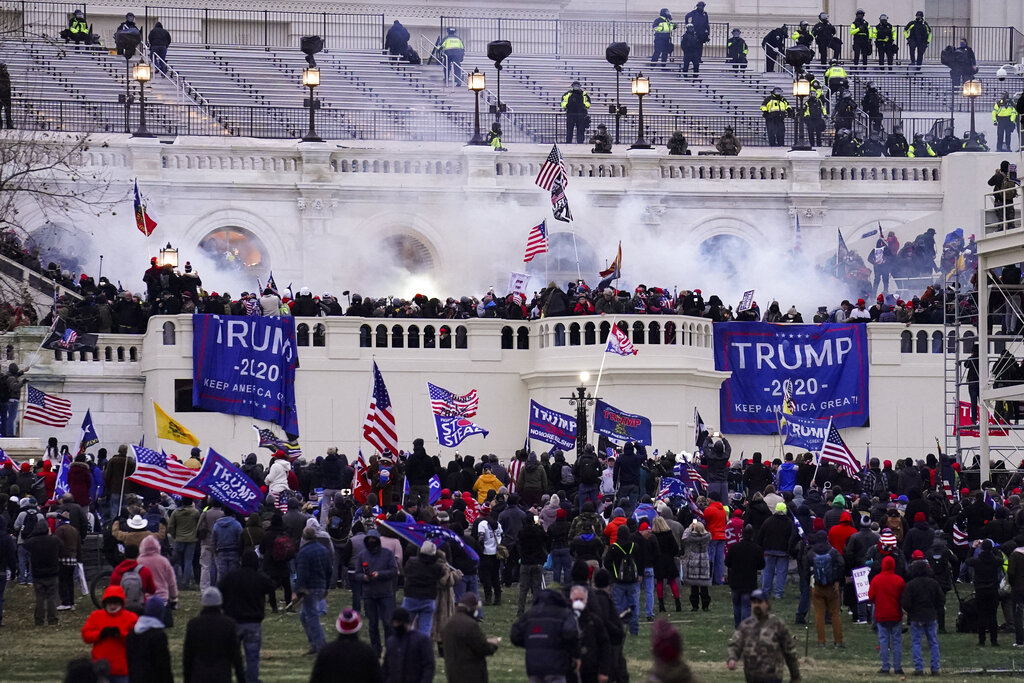 Why was Trump unable to build on his 2016 winning strategy in 2020?  He was well funded and had the advantage of incumbency.  Exit polls showed that he gained with every racial and ethnic voting  block–except the  one that counted most.  His  share of  the white vote declined  by six percentage  points  from 2016 to  2020.

I saw most of Trump’s 2020 rallies, six of which were in Arizona.  Within the first 20 minutes of every rally, Trump talked about the economy and what he had done for minorities,  e.g.. higher black employment numbers,  higher Hispanic  home ownership rates,  more minorities in college,  and so on.  And it was all true. America First policies were working  for everyone. But how  did this actually translate into votes?  As a group, blacks rewarded Trump with 12%  of their vote compared to 87% for Biden. For Hispanics the vote was  59% for Biden,  38% for Trump.  For Asians, who are now the most  highly educated and affluent demographic in America,  63% went for  Biden,  31% for Trump.

Although  Trump did get a   higher  percentage of minority votes in 2020 compared to 2016,  he came nowhere  near  winning a  majority of any minority group. For as  long as  we have  records, we know that race and ethnicity are the best predictors of how minorities vote.  They transcend  every other social and economic factor.  This is a hard truth for many  Republicans.

Here is an anecdote that explains the deep confusion and denial at the top levels of the Republican party.  In the aftermath of Mitt Romney’s 2012 loss to Barrack Obama,  Arizona  Republican  State Chair,  Robert Graham, came  to  Prescott to tell a meeting of the Republican Men’s Forum  about his outreach to minorities. He claimed that the Republican party was too white and we needed to be more inclusive.  He said that blacks, in  particular,  with their strong family values,  high rates of  church  attendance and  innate patriotism,  were  natural  conservatives and ripe for  conversion to the  Republican  Party.

At that  time,  blacks were less than 5% of  the state population and  overwhelmingly Democrat in  party registration.  Arizona’s white population was over 70 percent.  In percentage terms,  it would take many times the number of blacks to vote Republican to equal a 1% increase in the white Republican  vote.   So I asked Mr. Graham the obvious question,  “Sir, given that there are many more white voters  than black voters in  Arizona,  have  you ever considered  reaching out for the white  vote?”  There was an awkward silence as the blood drained from his face.  He stammered incomprehensibly.  It was  clear that for the Republican establishment,  it’s OK to talk  about recruiting minorities, but bad manners to talk about increasing the  white vote.

According to the 2020 US Census,  high levels of non white immigration and a low white birth  rate  has shrunk the white population to 57.8% of the total.  This  reflects a decline from 70.4% in 2000 and 80.3% as recently as 1990.  But because  non citizens are included in the US Census, the voting population remains  roughly 70%  white—enough to win elections in most states.

There are black  Republicans today who can trace their family roots to the founding generation of Republicans.  But it would be naïve to think that race is not an issue in American politics.  Powerful forces in the media and academia are pushing virulent anti-white racism thru Critical Race Theory and the 1619 Project.  President Biden and many prominent Democrats have openly embraced these ideas.

I am writing about this because to deny reality is dangerous.  Success in politics is no different than any other kind of success.  It begins with clear thinking and a firm grasp on reality.  Voter fraud is a distraction.  It’s a form of denial.   Don’t look here, look over there.  For Republicans to cling to the myth of a stolen election  puts future elections at risk.

The evidence shows  that Trump lost because he didn’t get enough  votes.  He listened to the wrong people and watered  down his message.  This cost him white, working class voters in key  states.  Let’s not make that mistake  again.

10 thoughts on “Denial and the 2020 Election – David Stringer, Publisher”