Opinion: Weaponizing Government Against Its Citizens 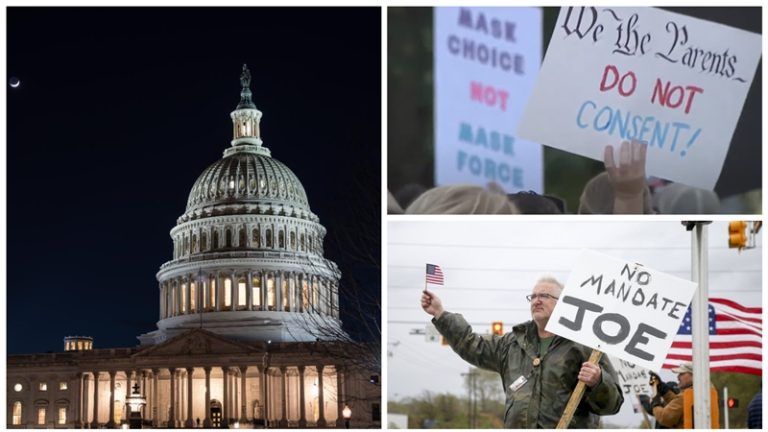 “He has erected a multitude of new offices, and sent hither swarms of officers to harass our people and eat out their substance.” – Declaration of Independence

Halloween is a time when one would expect to see scary creatures, eerie happenings and strange occurrences in the movies, on TV and around the neighborhood. This year, however, the spookiest things are emitting from the government and that’s not making for a happy Halloween. Through out the ages, it has been governments that have killed more people than wars, diseases and natural disasters.

The above quote from the Declaration of Independence was referring to King George III, who was King of Great Britain and whose policies led to our Revolutionary War. Those words could apply to the current president, President Joe Biden, as well as a multitude of state governors and city mayors of both parties and judges practicing judicial legislating.

President Biden is requesting a couple of hundred new IRS agents. Governors, state and local health officials have created unconstitutional mandates that restrict first amendment rights to assemble and exercise religion. They are now attempting to require such oppressive, despotic rules that demand that people get vaccinated against their own wishes. They are attempting to do this now through fear, but if the government starts to punish individuals, either directly or indirectly, via employers’ threats of firing, they will effectively weaponize the government against its very own citizens.

When the US Attorney General, Merrick “The Ferret” Garland, threatens to sic the FBI to investigate parents for domestic terrorism when they express their disapproval of school boards decisions to teach divisive and idiot theories, this is weaponizing government against its citizenry.

When left wing prosecutors use a grand jury to get indictments against police officers in use of force cases, something is wrong. Those familiar with the criminal justice system, know that these prosecutors are weaponizing their power to dampen proactive police work. Many consider a grand jury indictment to be prosecutorial misconduct or laziness because, in many jurisdictions, it avoids a preliminary hearing, where defense attorneys can take part. Police officers will be afraid to make arrests if they fear getting indicted every time they have to use force to overcome resistance.

A woman was denied a life saving kidney transplant operation because she and the donor she found wouldn’t get vaccinated, for logical and medical reasons. The woman said that she would be tested but was afraid that the vaccination would counter act some of the medication she was already taking. The donor had already had COVID and had more anti-bodies than if she had been vaccinated and therefore saw no need to get vaccinated. The Colorado hospital that refused to perform the operation on the unvaccinated patient and donor, cited the government’s mandate for refusing to operate. Weaponizing this kind of mandate can kill people.

The Coronavirus has been the major excuse for the government to weaponize its bureaucracy against our country’s citizens. Many small businesses, bars, restaurants, and gyms have been closed, never to reopen. Hundreds of thousands, if not millions of those business owners and employees have lost their careers. A country whose government weaponizes its resources against its own people, is not a free country. Could our enemies have done better job of ruining a once great nation?

1 thought on “Opinion: Weaponizing Government Against Its Citizens”