Why Overreliance on CGI is Ruining Movies 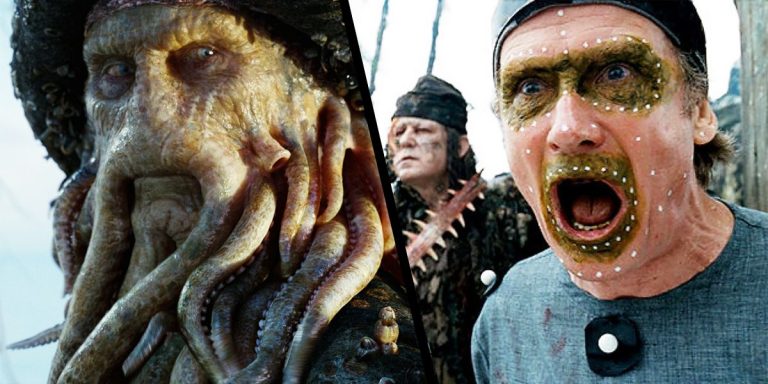 You’ve heard it time after time, whether it be from technophobic armchair critics, people who hate George Lucas, or the voice in your head when you see this complete abomination: “CGI is ruining movies.”

If you read my last article, you might think it’s odd that I’m attacking CGI (Computer Graphic Images) when I previously proclaimed that videogames are usurping the throne of storytelling from cinema, but there’s a very big difference between a completely digital story and a live action movie overusing CGI, which I’m going to go into in a moment.

Regarding CGI as a tool for filmmaking, there’s nothing wrong with it in itself. The people who say things like “using CGI kills the magic in movies” are just being melodramatic and hindering the advancement of technology.

I mean, for crying out loud, you can’t possibly think it’s a valid argument to say that CGI will always be this icky, sinful concept, and special effects should just be puppets and stop-motion for another thousand years.

It’s just silly and pointless, since the problem isn’t that CGI is this horrendous thing – the problem is that, as technology improves, filmmakers and producers care less about quality and instead develop an overreliance on CGI instead of “movie magic.”

Don’t get me wrong, though – the advent of advanced digital editing and CGI is definitely a good thing because it allows filmmakers to pull off scenes that are otherwise impossible (especially stunt work), and it also allows indie filmmakers without a six-figure budget (like myself) to use CGI to fill in gaps where lower-grade practical effects would look fake.

Moreover, it allows indie filmmakers to create stories using easily accessible motion capture and CGI that would NEVER have been possible decades ago – which is great, since it means that filmmaking is now way more accessible for aspiring artists who only in this age finally have a chance to tell their stories without having to compromise because certain things are out of their reach.

Those are all the positives of reliance on CGI, but there are plenty of negatives ahead.

The serious problem with relying too much on CGI is when – most importantly of all – you don’t need to. If you can pull off a scene with believable practical effects, choosing instead to use CGI is just pointless.

It’s especially offensive when these mainstream Hollywood producers burn their budget on CGI that looks fake instead of using practical effects, since it’s more expensive and makes it nearly impossible for the audience to suspend their disbelief.

Remember that atrocious Lost in Space (1998) CGI alien that I linked in the opening paragraph? From the moment I first saw that thing, I was immediately taken out of the immersion.

However, as I said a minute ago, if they used practical effects (like a puppet or animatronic), it would have looked incredibly more convincing.

That’s not to say that “bad graphics” are necessarily immersion- breaking, though. There are plenty of CGI-only cartoons with “bad graphics” that critics loved and audiences believed.

They’ve become even more convincing since The Polar Express, the first all-CGI film to be shot with motion capture, which led to several others, like Beowulf and Mars Needs Moms.

The point is, as long as the graphics look decently realistic, you can still suspend disbelief.

But here’s the key: those movies are entirely CGI-based, so we believe them because we’re transported to their world, like how we would “believe” a movie like this, or even something like this.

For live-action movies with real actors that feature CGI, it needs to look the same as the real-life stuff, or the movie just looks bad (no, that scene was not ironic).

A great example of perfectly balanced CGI is in Avatar, which blended the CGI aliens with the real actors very smoothly (not to mention with the stunning digital environments).

When we’re watching Jake Sully of the “Jarhead Clan” interact with the skinny blue cat people in Avatar, are we constantly thinking about how it’s all just actors in a green room with motion capture suits and CGI trees? Probably not, and there’s plenty of other great CGI that’s integrated fantastically with the real life stuff, like the almost perfect CGI Carrie Fisher, or the CGI clone troopers who – get this – never had a physical suit of armor built (their armor was entirely CGI). And then there’s Bladerunner 2049, an absolute masterpiece of a film in terms of special effects with CGI so realistic that you can’t even tell what’s not real (I highly recommend you watch the entire video – it’s fascinating).

But here’s the deal: Avatar, Bladerunner 2049, and Revenge of The Sith are rare in terms of effects quality; most films using CGI to a similar degree just look fake and ruin the immersion.

When I’m watching movies, I’ll tell you when I notice the CGI.

When I watch scenes like these (compare that to the vastly superior original) Or maybe something like this (still a cool fight scene).

Definitely this eyesore here. And who could forget this absolute goof. Are we in agreement?

So, what’s the difference? Why do the Na’vi, the clone troopers, and the entire Bladerunner 2049 film look real, but those bad scenes I linked look fake?

Simple, the CGI in the good scenes was good enough (largely due to lighting) for us to suspend our disbelief, but the CGI in the bad scenes stood out and looked unrealistic, which broke our immersion and made us think “Ah, that’s fake.”

This is a serious problem with Hollywood because it forces us to either just stop caring or play mental gymnastics to not be bothered by the immersion breakage, which is very detrimental to storytelling.

However, it’s not the fault of the animators, as you might be thinking.

VFX artists and CGI animators are some of the most talented people (and the hardest workers) in the industry, and the CGI in these movies isn’t astoundingly awful because they’re lazy or amateurish.

The problem is that Hollywood producers are notorious for rushing projects and imposing deadlines out of nowhere (and out of contract), which leads to sloppy work.

It’s terrible because the digital artists who work tirelessly end up taking the blame for the greed of the executives, which is not okay.

So, what can we do about it?

Simple: stop being apathetic. If we, as a collective of disillusioned consumers, just stopped feeding these nefarious mega-corporations our hard-earned cash, one day they will be forced to stop imposing crunch time on employees and artists and actually take their time to deliver the best material they can.

Stay tuned for my next article, which will be a review of Disney’s Cruella.