Opinion: When the Windmills Freeze in Texas, Coal Keeps the Lights On 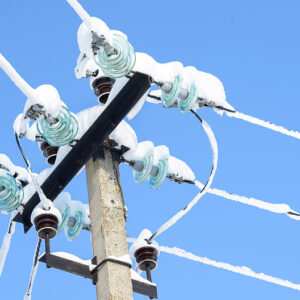 In Texas, the wind turbines are frozen. Natural gas supplies are low. And multiple power plants are off-line due to recent snow and ice storms.

Around 25 percent of homes in Texas did not have power as the Polar Vortex slammed into the Lone Star State earlier this week, and that threatened to soar even higher. The only reason Texas wasn’t completely dark?

ERCOT is its own grid. It is separate from the rest of the national grid in the country. ERCOT is powered by natural gas (35 percent), and in second place – believe it or not – is wind (25 percent). Coal is close behind at 22 percent. Solar is less than 5 percent.

The good news for Texas is a sliver (around 10 percent) of it is also powered by The Midcontinent Independent System Operator (MISO). It oversees power transmission in 15 states. At least 50 percent of its electricity comes from coal. Some seven percent come from wind turbines. Solar is basically non-existent in the MISO zone.coal, wind natural gas,

A lot of politicians and activists hate coal. But as a current baseload, if we shut it down, a lot more people would be freezing for much longer than just an hour a day in Texas.

ERCOT has been bracing for the worst once they saw the snow and ice coming their way. For days they warned consumers that the Arctic blast could set a new all-time winter peak demand record. They were right. The previous winter peak-demand record of 65,915 MW was set on Jan. 17, 2018. It was broken on Valentine’s Day evening, right around dinner time, reaching 69,150 MW.

Texas has gone through this before but it’s done little to remedy the situation. It’s increased wind power over the period, but in out-of-this-world winter weather, frozen turbines are useless.

None of this is to suggest that coal shouldn’t eventually be replaced by something else. But at a moment when the White House is cutting Keystone expansions and new oil and gas drilling leases on Federal land, alternative sources of energy are losing their baseload support.

When push comes to shove, coal is proving to be more reliable than natural gas. That this is true in Texas of all places should serve as a reminder that without a baseload, California-style blackouts will hit other states, too. Especially those that are reducing investments in oil and gas.

The electricity demand due to cold weather was so serious, MISO posted several alerts to warn utilities from Louisiana on up that sub-zero temperatures could lead to “fuel restrictions” during peak demand. Clearly, coal would not be enough to handle the grid if natural gas or other alternative sources were offline.

President Biden wants to eliminate all coal and natural gas plants from the U.S. power grid by 2035. What would happen if there is Polar Vortex like this in 15 years? When does Washington expect solar, wind, or super-powered batteries to replace fossil fuels as the baseload?

For the foreseeable future, the best plan is an “all-of-the-above” fuel mix. Coal, natural gas, and nuclear power will still be needed to help with the heavy lifting when demand is high, the sun’s not out, and the windmills are frozen. 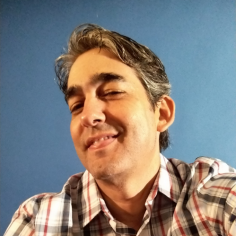