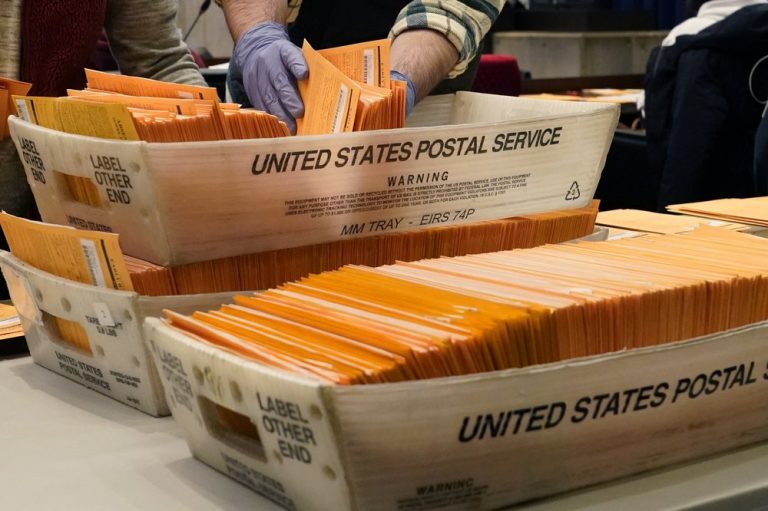 The Amistad Project of the Thomas More Society filed a motion Wednesday night in Maricopa County Superior Court contesting the results of the 2020 presidential election, citing expert data analysis indicating that hundreds of thousands of potentially illegal votes were counted, while over 100,000 legal ballots were not counted.
The data, compiled and analyzed over the course of weeks of rigorous investigation, show that the total number of illegal ballots counted and legal ballots not counted likely exceeds 300,000 votes — far more than the number of votes separating the presidential candidates.
In the five states where the Amistad Project has uncovered evidence of election fraud and filed lawsuits, investigators have identified, and experts have verified, a combined total of over 1.2 million potentially fraudulent ballots.
“The number of potentially fraudulent ballots we’ve identified in Georgia is over 30 times greater than the margin separating Donald Trump and Joe Biden,” said Phill Kline, director of the Amistad Project. “This is what happens when private interests are allowed to create a two-tiered election system unaccountable to the public.”
The Amistad Projects found that Maricopa County received nearly $3 million from the Center for Tech and Civic Life (CTCL), a leftist-dominated nonprofit that received $350 million earlier this year from Facebook founder Mark Zuckerberg. This violates Arizona law, which does not allow election funding from sources other than taxation or federal grants.
The private money, which paid the salaries of election workers and financed the purchase of voting equipment, helped Maricopa County set up “public-private coordinated voter registration drives allowing private access directly to government voter registration files,” the motion alleges. The money also allowed Maricopa County to engage in other unlawful practices, including taking pre-canvassing mail-in ballots and facilitating pre-election “curing” of flawed ballots.
Those advantages were not available to voters in counties that did not receive private financing. The Amistad Project argues that the violations outlined in the litigation deprived voters of due process and equal protection, and rendered the results of the election null and void.
Reference: Case No. CV 2020-015285
Share on facebook
Facebook
Share on google
Google+
Share on twitter
Twitter
Share on linkedin
LinkedIn
Share on pinterest
Pinterest