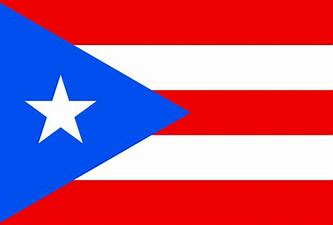 On November 3rd — after 122 years under the American flag and for the first time — the U.S. citizens of Puerto Rico will be asked whether they favor statehood with a simple “YES or NO” question.

This vote will mark a historic moment not just for Puerto Rico, but for America as a whole, made obvious by the amount of national public attention Puerto Rico statehood has received.

Both Presidential candidates have addressed the topic as well as the leaders of the U.S. Senate on both sides of the aisle.

It also takes place at a time when poll after poll shows growing support for Puerto Rico statehood in the American public.

This is important because recent history has shown that Puerto Rico’s political status as a U.S. territory has failed the people of Puerto Rico and all Americans.

It has resulted in unequal treatment for island residents, putting them at the mercy of Congress and the White House while subjecting them to second-class citizenship where they are deprived of a vote for those who enact or implement the federal laws that they live under.

That’s not just a travesty against America’s founding value of “government by the consent of the governed,” which our Founding Fathers fought the American Revolution to enshrine through our Constitution, but the colonial territory also inherently limits Puerto Rico’s economic and social potential.

This not only harms Puerto Rico but also America, by failing to allow Puerto Rico to develop to its full potential as a regional economic powerhouse in the Caribbean and natural bridge to Latin America.

Six local plebiscites have been held on the status of Puerto Rico in the past, all of which have been between multiple options including: continued territory, statehood or independence with or without free association.

The two most recent ones in 2012 and 2017  showed that voters rejected continuing under the current territory status and favored statehood over any other non-territory option.

However, recognizing they could not win at the ballot box, statehood opponents opted to cast blank ballots or call for a boycott to sow doubt about the validity of these votes.

So even though official certified results show statehood won both votes, the opponents of equality have stalled action in Congress by questioning the legitimacy of the processes and their results.

This has led to the perverse situation where the assumed and unverifiable “opposition to statehood” of non-voters, has been privileged over the verified majority of participating voters who favored statehood now in two elections.

This kind of nonsense has no place in a real democracy where decisions have to be made by a majority of participating voters who select among the available options. Otherwise, no decision could ever be made.

Thankfully, the elected leaders of Puerto Rico, who ran on a platform of advancing the statehood cause, are giving voters the opportunity this November to show Congress definitively if the majority favor statehood or not.

Unfortunately, statehood opponents are actively campaigning for the “NO” vote while simultaneously trying to delegitimize the process, claiming that it is not valid because the U.S. Department of Justice (DOJ) did not disburse federal funds for it.

But Congress has made clear in federal statute that Puerto Rico’s right to determine its future political status can be exercised with or without the use of federal appropriations.

Additionally, history shows us that both Alaska and Hawaii voted in locally sponsored plebiscites expressing support for statehood multiple times before Congress passed their statehood admission bills, which required them to ratify their choice one final time before becoming states.

So even if DOJ didn’t endorse the vote, the people of Puerto Rico still have the right to make a choice on statehood and have that heard by Congress.

When the future of American democracy lies in the balance, we cannot afford to ignore the call of three million fellow citizens in Puerto Rico to end the colonial territory status and to achieve equal rights and responsibilities under statehood.

Puerto Ricans have made countless contributions to America since 1898, including the blood that they have shed while fighting in uniform to defend our freedom, and if a majority of island voters ask for statehood this November, then Congress must respect the will of the people and grant it. 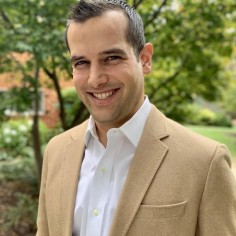 George Laws Garcia is a former adviser to two governors of Puerto Rico and to Puerto Rico’s Resident Commissioner in the House of Representatives. He currently serves as the executive director of the Puerto Rico Statehood Council. He wrote this for InsideSources.com.
All Posts »

PrevPreviousCreation Science in Prescott This Sunday, Oct. 25th
NextOpinion: Facebook, Twitter on the Right Side of History With Bans on Holocaust DenialNext