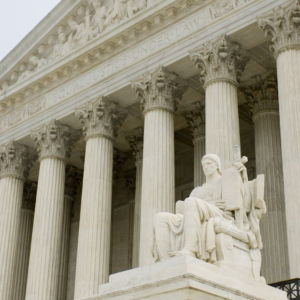 The U.S. Supreme Court recently delivered its first major ruling on gun rights in over a decade. It ruled this term on a host of blockbuster cases involving regulations on select constitutional protections. One remarkable opinion was that of the New York State Rifle & Pistol Association Inc. v. Bruen. The 6-3 majority ruling was delivered on June 23 by Justice Clarence Thomas, who authored the 63-page opinion on his 74th birthday. Thomas stands as the senior-most justice on the court, having served for over 30 years.

Thomas’s opinion was joined by Chief Justice Roberts and Associate Justices Alito, Gorsuch, Kavanaugh, and Barrett, with a dissenting opinion authored by Justice Breyer, and joined by Justices Kagan and Sotomayor. The ruling declared unconstitutional a New York state law passed in 1911 requiring citizens to “provide proper cause” when seeking to obtain an unrestricted license to carry a concealed firearm outside of the home. The decision ruled in favor of petitioners Brandon Nosh and Robert Koch, law-abiding citizens and members of the New York State Rifle & Pistol Ass., who faced an unjustified denial by the state for the license to carry a handgun in public based on a simple desire for self-defense.

The court overturned the state law on the basis of the “proper cause” requirement, viewing this as a violation of the Fourteenth Amendment’s incorporation doctrine, which safeguards individuals’ Bill of Rights protections, such as the Second Amendment, from discriminatory regulations by the states. Evoking established precedent set forth in the most previous Second Amendment decisions rendered by the court, D.C. v. Heller (2008) and McDonald v. Chicago (2010), the Bruen opinion reinforces the assurance that the Second and Fourteenth Amendments protect the right to keep and bear arms for self-defense purposes. Under Heller, in order for the government to pass subsequent firearm regulation, it would need to be in accordance with America’s historical tradition of gun regulation. Using the Heller test, the court found the New York law did not align properly with a historical understanding of gun rights or the plain text of the Second Amendment.

Thomas equitably applies an originalist framework for adherence to the Second Amendment, citing a need to render an understanding of the right to bear arms that is consistent with the Founding Father’s interpretation. “Of course, the regulatory challenges posed by firearms today are not always the same as those that preoccupied the Founders in 1791 or the Reconstruction generation in 1868”, according to Thomas’s opinion, “But the Constitution can, and must, apply to circumstances beyond those the Founders specifically anticipated, even though its meaning is fixed according to the understandings of those who ratified it.” Unlike the New York law, no portion of the Second Amendment requires gun owners to display a “probable cause” or provide a special need to obtain a firearm for self-defense purposes, neither does it draw a distinction between home vs. public carry. And, while there is a demonstrated history of gun regulation in antebellum America, the state of New York failed to point to an example of a law that prohibits upstanding citizens to own guns in public on the basis of self-defense.

The Bruen opinion was masterfully construed, applying the constitutional precedent set forth in both Heller and McDonald in a manner that safeguards the right to bear arms from Blue state laws that unjustly discriminate and diminish that right. Gun laws like New York’s only serve to endanger public safety, achieving the opposite of its stated intentions by denying gun ownership to the many law-abiding citizens who desire the ability to defend themselves against criminal assailants, who typically obtain weapons illegally.

Following a record number of police retirements across major American cities in 2021, this year is on track to see an even greater mass exodus of police in places like Chicago and New York City. As of May 31, 524 New York law enforcement officers have resigned and 1,072 have retired, with 1,596 departures in total according to NYPD pension stats. This troubling trend has already surpassed last year’s numbers during the same period, marking a 38 percent increase from the 1,159 police departures in 2021 and a 46 percent increase from 1,092 in 2020. There are currently 34,687 police officers in the city, marking a sizable drop from 2019 when 36,900 officers were on the force. Much of the stressful motivators behind the decline include negative sentiments from the defund police movement, a softened approach to crime via progressive bail reform, and public worry over historic spikes in violent crime rates.

With a diminishing guarantee of safety from police and so many dangerous factors contributing to the surge in violent crimes, including a nationwide rise in violent shootings over the Fourth of July weekend, the Supreme Court’s Bruen decision provides a breath of relief for the many New Yorkers eager to arm themselves in self-protection. Many of the most severe mass shootings transpire in cities with the most restrictive gun control laws. The conservative majority delivered big on their first gun ruling in 12 years, unshackling the burdensome barriers put in place to leave law-abiding citizens disarmed, while criminals prey on the unarmed after obtaining their firearms illegally. Now only seven jurisdictions —New Jersey, California, District of Columbia, Hawaii, Maryland, and Massachusetts—remain that possess stringent “may issue” gun regulations (the most restrictive form of licensing), with the Bruen decision already dismantling some of these restrictions pending in Appeals Court.

Stone Washington is a member of the National Center for Public Policy Research’s Project 21 black leadership network. He wrote this for InsideSources.com.
All Posts »