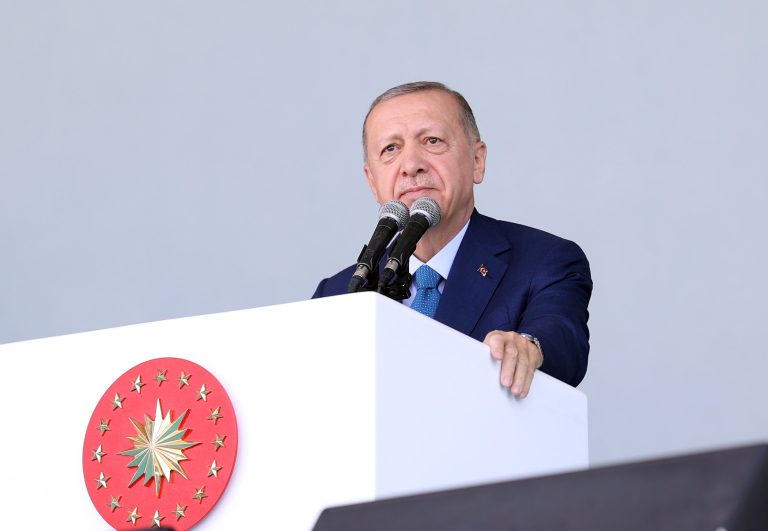 Turkey’s president says he will do “whatever is necessary for our country’s rights and interests” at the NATO summit in Spain Tuesday.

President Recep Tayyip Erdogan said Monday he’d provide documents and visuals on “terror groups,” including Kurdish militant groups and the network of exiled cleric Fethullah Gulen blamed for a 2016 attempted coup in Turkey, to show his counterparts the “hypocrisy” on terror.

Ankara has objected to Sweden’s and Finland’s bids to join NATO, citing what it considers to be a lax approach to groups Turkey deems national security threats, including the Kurdistan Workers’ Party, or PKK, and its Syrian extension.

“We will tell them clearly that it is not possible to expect a different attitude from Turkey unless this picture changes,” he said after a cabinet meeting in Ankara.

The U.S. is closely monitoring diplomacy between Turkey and Sweden and Finland as they seek to join NATO with hopes that it will create “positive momentum” toward accepting them into the alliance.

National Security Adviser Jake Sullivan says President Joe Biden does not yet have plans to meet directly with Turkish President Recep Tayyip Erdoğan, who has expressed concerns over their accession into NATO because of their stance on Kurdish rebel groups that Turkey considers terrorists.

Referring to talks between the countries, along with NATO Secretary General Jens Stoltenberg, set for Tuesday in Brussels on the eve of the alliance’s summit in Madrid, Sullivan says, “Let’s see how the next 24 hours unfold.”

” The President is following this very closely,” Sullivan added of Biden. “His team is working it with the Finns, Swedes, and Turks, and I’m on the phone daily with my counterparts from all three countries.”

He said he could not say all the issues between the countries would be worked out in time for the summit, but said, “we’re going to try and resolve as many of them as possible so that Madrid gives a boost to their candidacies, even if there remains some concerns on the part of Turkey that need to be worked out.”