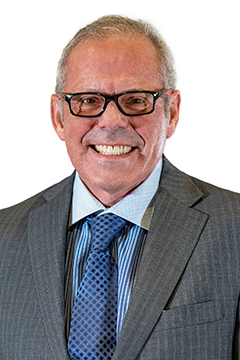 Although he had spent more than a quarter century studying cancer and treating patients, little could prepare Dr. Marshall Davis for all that would be ahead of him in back in 2011.

A respected oncologist and Prescott resident, Dr. Davis knew the importance of self-examinations and screenings. In fact, hardly an appointment went by that he didn’t reinforce to patients the significance of taking time to check suspect lumps, bumps or moles, and quickly bring them to the attention of their doctor.

While taking his own advice 12 years ago, the then-53-year-old doctor, came across a lump during a routine self-examination.

After seeing and treating virtually every cancer, he knew full well the links between time, treatment and positive outcomes. The clinically minded doctor immediately scheduled an appointment with one of his urology colleagues at Arizona Oncology in Prescott, who in-turn arranged an ultrasound.

The ultrasound confirmed the presence of a tumor in his testicle that urgently needed to be removed.

Testicular cancer is one of the most common forms of cancer in males ages 15 to 39. Early diagnosis and thoughtful treatment are critical to achieving positive outcomes. The five-year survival rate is more than 96% for regional and localized stages, according to the American Cancer Society.

“I was scheduled for surgery to have my testicle removed the next day, and it was quickly followed by a series of scans and figuring out at which stage my cancer was to help establish the treatment regimen would be the most effective for me,” said Dr. Davis.

While after a round of chemotherapy there was no sign of cancer, a routine scan over the course of the following year revealed that the cancer had returned.

“That’s never good news,” said Dr. Davis. “Being an oncologist is a blessing and a curse. I was prepared for a recurrence because I understand testicular cancer and have treated many patients of over the course of my career. I knew what was involved and how it would behave. The fact it recurred didn’t surprise me, but it was disappointing.”

After another surgery and round of radiation treatment, he was again cancer-free. It was short-lived.

Eight short months later, the cancer recurred in a lymph node in his neck.

“It was right before Christmas and when I felt that lymph node, I almost cried because I’m well aware of how we treat testicular cancer when it recurs,” said Dr. Davis. “I knew my next chemotherapy regimen was going to be harsh, but it’s what I needed to do to prevent this cancer from spreading all over my body and killing me.”

In what he describes as “heavy-duty chemotherapy,” Dr. Davis gathered his strength and faced his adversary head-on by undergoing some of the most intensive chemotherapy treatments available to eradicate the disease from his body. In the process, he experienced virtually every side effect in its most unforgiving form, many of which he still lives with today.

Despite having a career that spans more than three decades, the experience of being a patient has allowed Dr. Davis a unique perspective.

“I can tell you that having cancer and being a cancer survivor altered my outlook on how to take care of patients,” said Dr. Davis.

As a survivor, he sees cancer through a patient’s eyes and approaches each individual with heightened awareness, giving them the news that they need to hear with honesty, integrity and compassion. He intimately knows the short- and long-term challenges cancer patients and survivors face, and actively supports those who are struggling by sharing his own experiences and insights.

“You might say that someone would be much more empathetic, and to a certain extent I am, especially when it comes to holding a patient’s hand because I know it’s hard. I know they’re scared about what’s going to happen. You worry about your life, death and everything in between,” said Dr. Davis. “Those things cross through your mind, before the treatment, during the treatment and after the treatment, so I understand.”

But Dr. Davis also plays the role of coach using his first-hand experiences.

“I am a cancer survivor – I had a very serious cancer, and received radiation therapy and chemotherapy, so I know what patients go through when they’re being treated and am very compassionate,” said Dr. Davis. “But I also know the value of tackling cancer head-on. As an oncologist, I can’t shy away from giving patients bad news because it’s going to be hard. My philosophy is that it’s better to face up to bad news as soon as possible and then work together to come up with a plan to win the battle.”

As Testicular Cancer Month draws to a close, Dr. Davis’ story is a stark reminder that body awareness and early diagnosis is vital to ensuring cancer is detected, treated and defeated. A report published in JAMA Oncology, a publication of the American Medical Association, estimated that nearly 10 million cancer screenings were missed in the first several months of 2020, which is a trend that continued through much of the pandemic. As a result, Arizona is on pace to see nearly 40,000 new cases of cancer and 13,200 estimated deaths in 2022.

Arizona Oncology has two locations in Northern Arizona at 1100 Gail Gardner Way in Prescott and 3188 N. Windsong Drive in Prescott Valley. For more information or to schedule an appointment, visit arizonaoncology.com.