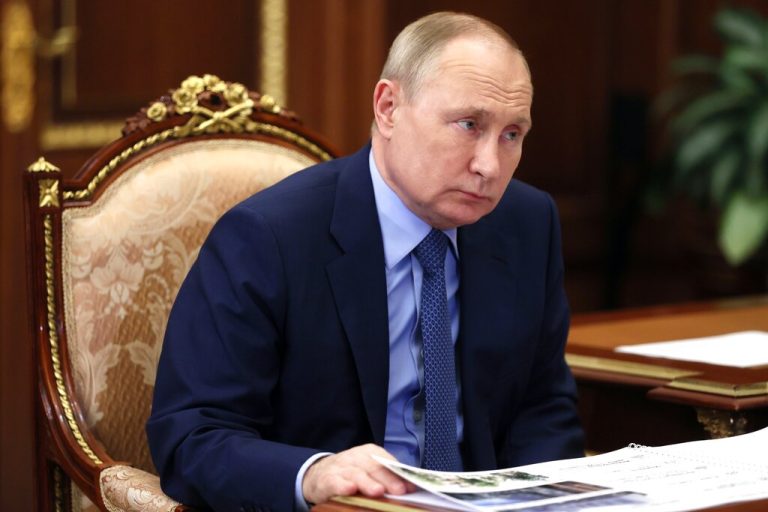 Global outrage over the Russian invasion of Ukraine emboldened Western leaders to levy unprecedented sanctions on Russia and the oligarchs bolstering Vladimir Putin’s regime. As war rages on and Russia’s atrocities pile up, there will likely be continued public pressure to take further action. In such emotional times, we must remain vigilant that any measures to discourage Russia’s warmaking don’t come at the expense of fundamental liberties.

We know from experience how politicians can exploit public passions in times of crisis to expand government power and encroach upon individual rights. The War on Terror is not much on the mind of the typical American these days, but its political legacy lives on in the form of secret spy courts, a bloated Department of Homeland Security, and the security theater that harasses passengers before every flight.

Likewise, new calls to restrict liberties began almost as soon as the sanctions were levied.

Introduced by senators Elizabeth Warren and others, the Digital Asset Sanctions Compliance Enhancement Act of 2022 seeks to restrict cryptocurrency use in the name of buttressing the sanctions on Russia. There is no evidence that Russia or its oligarchs have used cryptocurrency to evade sanctions, while White House and law enforcement officials acknowledge that cryptocurrency, built on what are essentially public ledgers, provides a poor means to do so at the scale Russia would require.

Like many politicians before her, Warren is not above exploiting a crisis to pursue a preexisting agenda. The legislation would advance longstanding opposition to cryptocurrency by targeting not just sanction evaders, but arguably anyone who builds or operates networks someone might use for that purpose regardless of their knowledge or intentions.

The bill also perversely calls on the president to exercise emergency powers to “block and prohibit all transactions (and interests) of a foreign person identified in a report (described above.)” As the Cato Institute’s Nicholas Anthony points out, Canadian Prime Minister Justin Trudeau used similar powers to financially harass political opposition during recent protests.

Whereas cryptocurrencies have offered no obvious benefit to Russia, it has provided a lifeline to many fleeing the war. Ukrainian refugees without easy access to their bank accounts, which were increasingly difficult to use even in the lead up to the invasion, have relied on crypto assets. The Ukrainian government has also raised more than $65 million through global appeals for cryptocurrency donations that it says have been spent on critical supplies such as bulletproof vests, helmets and medicines.

Attacks on financial privacy and restrictions on access to financial services are frequent political responses to conflict. The War on Terror was exploited to expand  massively an invasive anti-money laundering and know-your-customer regime that has succeeded primarily in burdening law-abiding customers and stifling innovation in the legacy financial system, all the while utterly failing to capture or slow illicit financial flows.

The costs of these assaults on financial privacy and access are not merely economic. For people who live under autocratic regimes, loss of financial privacy means exposure to political persecution. In high-crime regions, it can mean becoming a target for blackmail, kidnapping or worse.

Unfortunately, the U.S. government has long prioritized its narrow interest, real or perceived, in easing the process of tax collection over our financial rights. It should not be let off the hook for partnering with despicable regimes like Russia to spy on the bank accounts of overseas Americans through the Foreign Account Tax Compliance Act. Neither should the Organisation for Economic Co-operation and Development and its rules for the automatic exchange of financial data even with rogue regimes be forgotten.

The shameful work of the West in assisting untrustworthy regimes in collecting information on their own citizens, which no one should be foolish enough to believe is not abused by Putin and his like to maintain power, would forever tar the anti-privacy warriors were they capable of shame. Let’s not repeat so many past mistakes with a new round of attacks on basic financial privacy rights.