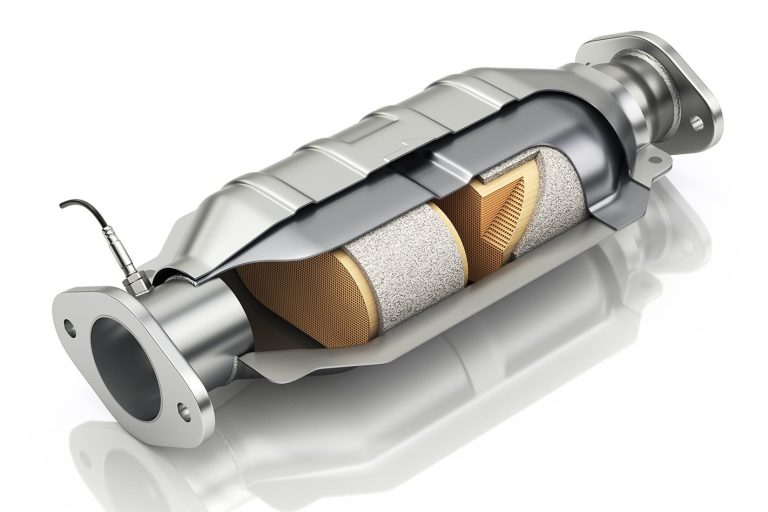 Travis Robertson admits he doesn’t know much about cars – but he does know that a loud rumbling is not supposed to come from underneath them when they’re started.

“It scared me,” Robertson said. “That’s an understatement, it was really scary, my car was dying.”

Robertson, a senior journalism student at Arizona State University, was on his way to cover a Sun Devils football game on that Saturday morning in October when he realized he had become a victim of catalytic converter theft.

And Robertson is not alone.

Theft of catalytic converters – the part of a car’s exhaust system that changes toxic gases to less-harmful emissions – is surging across the country and in Arizona, with cases making a particularly sharp increase in 2021.

According to an analysis by the public data website BeenVerified, reported thefts in Arizona have grown from 30 in 2019 to 142 in 2020 before skyrocketing to 1,501 through the end of September, a 956.4% increase from last year. That was second only to Colorado, which saw catalytic converter thefts jump 1,254% in the same period.

Nationwide, there were 49,611 converter thefts through the first nine months of year, up 244% from 14,433 stolen through all of 2020. BeenVerified estimates that number will reach 70,000 by the end of the year. In terms of overall thefts, Arizona ranked sixth in the first nine months of this year, trailing only California, Texas, Washington, Minnesota and Colorado.

David Glawe, president and CEO of the National Insurance Crime Bureau, said in a pre-recorded interview that the rise in theft is due to the increased value in the metals contained in the converters. They contain valuable metals, such as platinum, palladium and rhodium. The bureau said recently that rhodium is valued at $13,100 per ounce, palladium at $1,975 per ounce and platinum at $1,011 per ounce.

“Right now – due to the COVID-19 pandemic – the supply chain and the mining of these precious metals is difficult, which has caused the price to go up exponentially over the last year,” Glawe said.

Federal regulations have effectively required catalytic converters on all cars for decades. If one is stolen, Glawe said, it can cost up to $2,000 to install a new one while thieves can get $150 to $200 per converter.

She encourages people to contact their local police department if they see suspicious activity in the neighborhood and recommends people park their cars in their home garage to prevent converter theft. For those who do not have a garage, she recommends parking in a well-lit area.

Robertson, whose car was parked on the ground-floor level of his apartment’s parking garage on the day of the theft, acknowledges that it was “really not the most secure spot.” Since then, he has heard from friends and others who were also hit by converter thieves.

He suggests that people need to be aware of where they park if they do not want to become a victim of theft.

“If you live in an apartment, be mindful of how secure it actually is,” Robertson said. “A lot of people think, ‘This will never happen to me,’ but I think they should be mindful because there’s always a chance that it will.”