State School Board Orgs Distance Themselves From ‘Domestic Terror’ Letter 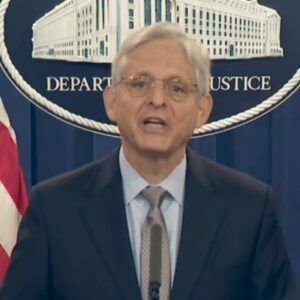 From Republican Missouri to deep-blue Delaware, state and local school boards are distancing themselves from their national association’s request that federal law enforcement investigate parent protests as potential “domestic terrorism.” It’s a sign the organization, long a political ally of the Democratic Party, may be out of touch with its members.

The National Association of School Boards (NSBA) recently released a letter to the Biden administration complaining about passionate protests by parents concerned over issues ranging from mask mandates to the imposition of Critical Race Theory. The NSBA suggested these parents could be engaged in a form of “domestic terrorism” and urged the administration to treat them that way.

“NSBA requests that such review examine appropriate enforceable actions against these crimes and acts of violence under the Gun-Free School Zones Act [and] the PATRIOT Act,” NSBA President Viola Garcia, and Interim Executive Director & CEO Chip Slaven wrote in their letter.

In response, the Biden administration — which has already allowed the teachers’ unions to help set COVID-19 policy — announced plans to intervene, including meeting with local law enforcement in all 50 states, as well as the creation of a task force to deal with school threats.

But some state and local school board organizations are not on board.

“NHSBA was not consulted, was not asked to opine, and was not asked to provide input,” the New Hampshire School Board Association told InsideSources. “To be clear, as a component of good governance, NHSBA has always encouraged local school boards to accept and welcome civil input and comments from all stakeholders.”

“PSBA has always encouraged local school boards to welcome input and remarks from community members and all stakeholders, and Pennsylvania has a long history of relying on local school district control to ensure that the will of the community and parents is best represented,” Stevenson said.

“I think it’s disingenuous and, quite frankly, hurtful to democracy when we try to imply that those comments can’t be shared openly. We want that, we need that,” Randol said.

Some associations in heavily Democratic states, however, have embraced the idea of federal involvement in local school board events. The New York State School Boards Association, for example, welcomed it with open arms.

“NYSSBA thanks the U.S. Attorney General’s office for taking swift action to ensure that school boards, school administrators, teachers, and staff throughout the country are protected against threats, intimidation, and harassment,” they posted on their website. “We agree that any illegal activity should be prosecuted to the fullest extent of the law. We also recognize that a fundamental, bedrock principle of our democracy is the ability of citizens to communicate their views directly to elected leaders. Open discussion is at the root of effective school governance. We support the right of all citizens to voice – within the bounds of the law and appropriate decorum – their views about decisions that affect their children and communities.”

Similarly, the New Jersey School Boards Association noted, “Board of education members are accustomed to disagreements around difficult decisions and understand that people have differing opinions on different matters. But when there are disturbing reports of threats of violence against board members, superintendents, and other public school district officials and educators, it is appropriate that federal and local law enforcement is involved in investigating and monitoring these threats,” according to Janet Bamford, their chief public affairs officer.

Still, even Joe Biden’s home state has some reservations about his administration’s actions.

“We, as an organization, believe and hold firmly that public involvement and engagement at school board meetings is an important part of school board governance,” said Dr. John Marinucci, executive director of the Delaware School Boards Association, said, “School Board members must hear the input from the public. We also strongly disagree with NSBA characterizing the members of the public who are exercising their First Amendment rights to free speech at school board meetings as ‘domestic terrorists or hate crimes.’

“In Delaware, while we have witnessed protests at school board meetings, we have no reports of violence or threats against school board members, administrators, teachers, or staff,” he said.

Linda Stein is news editor of Delaware Valley Journal. She wrote this for InsideSources.com.
All Posts »