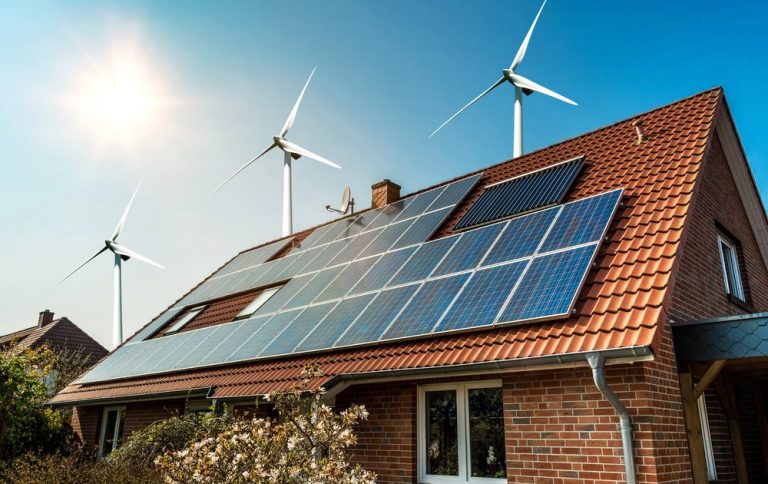 From the Office of Chairwoman Lea Márquez Peterson

According to an independent analysis filed on Wednesday, August 11, 2021, the average bill impact to residential customers will vary in each of the years leading up to 2050, depending on the utility and the amount of emission reductions that each utility achieves within that time.

First five years in the pursuit of clean energy

For APS customers, the typical residential bill in the first five years of achieving cleaner energy is expected to be between $3.75 and $4.58 more per month (on average) than the amount the bill otherwise would have been, had the company not pursued clean energy.

For TEP customers, the typical residential bill in the first five years of achieving cleaner energy is expected to be between $0.00 and $0.21 more per month (on average) than the amount the bill otherwise would have been, had the company not pursued clean energy.

If utilities are successful at reducing the carbon dioxide emissions associated with their energy production by 50 percent by 2035, then the typical residential bill for APS customers in that year is expected to be between $18.41 and $18.84 more per month (on average) than the amount the bill otherwise would have been in 2035, had the company not achieved 50 percent carbon reduction by 2035. For TEP customers, the amount is expected to be between $0.07 and $12.40 per month (on average).

These amounts are higher in-part due to inflation of 2.5 percent, which is included in the independent consultant’s calculation.

If utilities achieve 80 percent clean energy by 2050, then the typical residential bill for APS customers in the year 2050 is expected to be between $24.94 and $29.93 more per month (on average) than the amount the bill otherwise would have been in that year, had the company not achieved 80 percent carbon reduction by 2050. For TEP customers, the amount is expected to be between $1.56 and $40.33 per month (on average).

If utilities achieve 100 percent zero-emission energy by 2050, then the typical residential bill for APS customers in the year 2050 is expected to be between $59.12 and $62.66 more per month (on average) than the amount the bill otherwise would have been in that year, had the company not achieved 100 percent carbon reduction by 2050. For TEP customers, the amount is expected to be between $15.61 and $58.23 per month (on average).

The overall cost per customer between now and 2050 will depend on several factors.

One factor is the financial health of each utility and the credit rating and cost of capital at the time when each utility goes out to buy new energy resources.

Another factor is the pace of technological advancement and speed at which new clean energy technologies such as hydrogen, nuclear, and batteries can enter the market in a reliable and cost-effective manner.

Other factors include the specific utility a customer receives service from, the specific rate plans a customer enrolls in, such as time-of-use rates or demand charges, and the specific energy strategies the customer utilizes, such as smart thermostats to save energy on heating and cooling or electric vehicles to charge during the day when solar energy is most abundant.

The better these circumstances are for Arizona’s customers, the lower the cost to Arizona’s families and small businesses will be in the next 15 to 30 years in order to achieve clean energy.

Studies conducted by third parties outside of the Commission have stated that Arizonans would receive a net benefit of approximately $2 billion by adopting the Commission’s current proposal for 100 percent clean energy.

According to these studies, the economic benefits of achieving a zero-emission energy mix would come in the form of additional jobs, higher wages, new business enterprises and technological innovation, and increased state and local revenues for public goods and services such as schools and roads.

It would also come in the form of direct capital investments to Arizona’s economy and future savings on energy bills due to long-term reductions in the cost of fuels.

The societal benefits include cleaner air and water for Arizona, reduced water consumption and pollution, and improved overall health and environmental quality for the state.

The Arizona Corporation Commission is the state agency tasked with setting monthly rates and regulating for-profit electric utilities in Arizona. It is composed of five commissioners, which are elected statewide and serve on four-year terms.

Over the last several years, multiple commissioners have asked the Commission to conduct studies on the cost impacts of various energy policies that have been proposed.

Lobbyists and out-of-state special interests that have had varying financial and political motivations for advancing the clean energy proposals, however, have consistently opposed the commissioners’ requests and have demanded the Commission adopt the proposals “as is” and “without delay.” This has caused the opposite effect and needlessly delayed the final adoption of a clean energy proposal in May 2021, almost derailing the proposal entirely.

Arizona Corporation Commission Chairwoman Lea Márquez Peterson has supported 100 percent clean energy by 2050 as an overarching goal for regulated utilities. But she has consistently requested a detailed cost-benefit analysis be conducted prior to taking any final vote. She has been asking for an independent cost analysis that would tell Arizona families exactly how much the Commission’s new clean energy objectives would cost them, if the Commission were to adopt those objectives as “mandates”, which would require the utilities to build or acquire the clean energy infrastructure needed to deliver on the “mandate”, regardless of the cost to consumers.

At various times in the process, other economic benefit analyses have been conducted, but they were not independent. They were conducted by paid lobbyists who have had a financial interest in the outcome of the Commission’s proposals.

After consistent advocacy by Chairwoman Márquez Peterson, a majority of the Commission voted to hire a third-party consultant in April 2021 and conduct the independent analysis that had long been requested. The third-party consultant’s analysis has been underway since May 2021 and was finally completed and made available to the public on August 11, 2021.

“Although it took the Commission nearly a year longer than necessary to complete the detailed cost analysis that I had requested, I’m happy we finally have the cost information today to inform the public as to the cost of transitioning to clean energy in Arizona,” said Chairwoman Márquez Peterson.

“I could not in good conscience support mandates that were not supported by cost data,” said Chairwoman Márquez Peterson. “Without proper oversight, adopting mandates without knowing the cost impacts to consumers would be like handing utilities a blank check.”

“Now that we have the cost information we’ve requested, we can discuss the pros and cons of the proposed clean energy objectives openly and transparently and let customers guide our decision on whether to adopt the proposed rules,” said Chairwoman Márquez Peterson.

On August 18, 2021, Chairwoman Márquez Peterson will be inviting her fellow commissioners to join her in hosting a series of hybrid (virtual and in-person) town halls and public comment sessions, to be scheduled this Fall to hear customers’ opinions regarding the estimated costs and benefits.

In addition, the Chairwoman will be asking each of the state’s largest for-profit electric utilities (APS, TEP, and UNSE) to conduct system-wide surveys of their customers to gather feedback regarding the estimated cost impacts and benefits to them.

The town halls and public comment sessions will be open to the public and located within each of the service areas that are regulated by the Commission. Because time will be limited, and the Chairwoman will want to hear from as many customers as possible, the Chairwoman will be asking each speaker to confirm that they are an existing customer and be prepared to state whether they think the potential cost is reasonable in light of the potential benefits.

The Chairwoman proposes the Commission hold the town halls and public comment sessions on nights and weekends in the following locations for the following electric utilities:

Chairwoman Lea Márquez Peterson invites local city and county leaders from all sides of the debate to join the Commission’s town halls to speak and listen on behalf of their respective constituents.

Draft energy rules are currently pending before the Commission. The Chairwoman has committed not to place the matter on an agenda for a final vote or approval until commissioners have a chance to hear from customers what they think about the potential costs and benefits.

A link to the independent consultant’s report can be found here: LINK