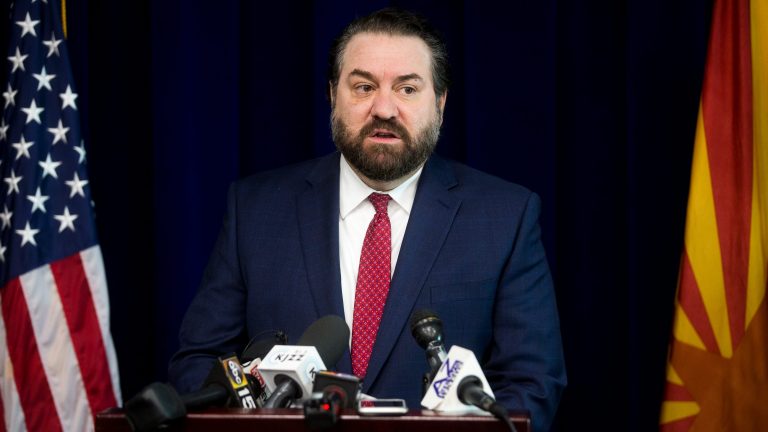 Arizona Attorney General Mark Brnovich just announced the launch of his campaign for U.S. Senate to “restore trust by fighting for the men and women of Arizona.”

“Trust is the cornerstone of our republic. But Arizonans have lost it – and for good reason,” said Brnovich in a statement. “We entrust our elected leaders to protect our freedom and they’ve failed us. Today, Arizonans lack confidence in the state of the world, the safety of their communities, their vote, their personal freedoms, and definitely in our representatives in Washington. What we have is a real vacuum of leadership.”

“Trust and freedom aren’t just buzz words for me,” said Brnovich, the son of immigrants who fled communism in the former Yugoslavia. “I’m a lifelong prosecutor and I’ve been honored to serve Arizona as Attorney General for two terms. Every day, I fight on behalf of Arizonans, going toe-to-toe with elected officials, bureaucrats, agencies, and corporations. I’ve spent my career taking on the hard fights.”

As Attorney General, Brnovich has a long record of engaging in the tough battles for the people of Arizona. He led the fight against dangerous border policies, defended Arizona’s election integrity laws in court, sued the Arizona Board of Regents over skyrocketing tuition, took on giants like APS, GM, and Century Link on behalf of consumers, and stood up again and again for religious freedom and the right to life.

Taking on the broken trust in Washington won’t be foreign to him. “I ran for Attorney General to restore faith in an office that had lost it. We won, and we restored trust.”

Brnovich made clear that today’s challenges call for new leadership – and that current Senator Mark Kelly isn’t cutting it.

“We have woke corporate boardrooms telling us to how to behave while shipping our jobs overseas. We have a crisis at the border. And our very freedoms – from the Second Amendment to Life to practicing our faith – are at stake. Mark Kelly would rather hide in a corner waiting for orders from Chuck Schumer and Nancy Pelosi than lead for Arizona. And he’s been complicit in the ongoing war on our basic freedoms.”

Brnovich is a lifelong Arizonan. He, his wife Susan, and their two daughters reside in the same Phoenix neighborhood where he grew up.