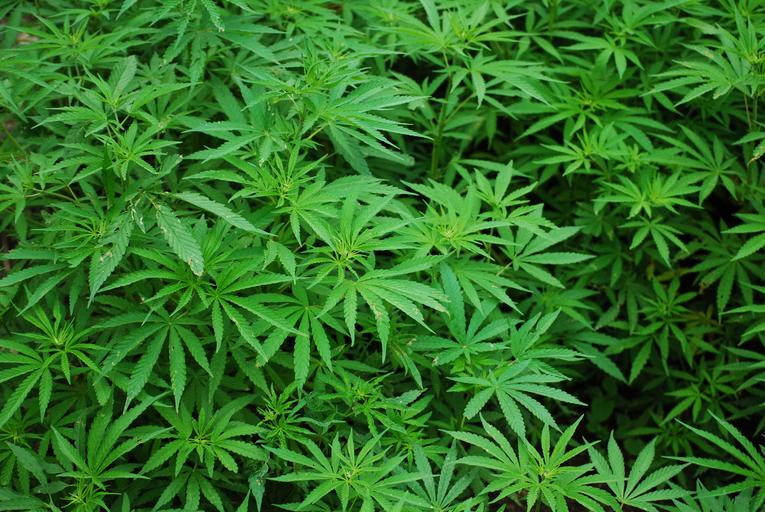 A blue haze swirled around Jaime Weidmann as the TV droned on. Another day, another high. But this day in 2016 would be different.

Her boyfriend was fed up with her verbal abuse and refusal to get a job — Weidmann hadn’t worked in five years. Tired of enabling her marijuana addiction, he kicked her out of his east Phoenix home.

Weidmann’s sister staged an intervention. After a detox, 60-day rehab at Scottsdale Recovery Center and an eight-week outpatient program at the Meadows, also in Scottsdale, Weidmann’s pot smoking led to a diagnosis of histrionic personality disorder, a mental health condition indicated by a pattern of excessive attention-seeking behaviors, according to research from the Mayo Clinic.

“I’ve never been in the psych ward for, like, psychosis or anything, or jail, but I was definitely going that way,” Weidmann recalled.

As restrictions on marijuana use fall and its popularity around the world rises, researchers and therapists are examining its influence on mental health. Some medical experts say cannabis has a negative effect on the psychological well-being of chronic users, though it’s unclear whether it exacerbates existing issues or creates new ones.

However, other researchers say marijuana can alleviate suffering for people with anxiety or post-traumatic stress disorder.

Arizona had 295,295 medical marijuana patients at the end of 2020, up from 34,699 in 2012, the first year medical marijuana was available in the state, according to the Arizona Department of Health Services, which oversees the program. When recreational marijuana went on sale in some dispensaries in January, recreational users 21 or older lined up to legally buy cannabis.

Some marijuana industry veterans would rather not think too deeply about the plant’s potential affect on mental health.

“Whose responsibility is it to educate individuals about using cannabis in moderation?” asked Demitri Downing, founder of the Marijuana Industry Trade Association in Arizona.

For Weidmann, responsible use was not an option because she was addicted, she said. She now leads a 12-step program that helps those who want to stop using cannabis.

“These are my people,” she said. “We’re all stoners and potheads. It’s just we no longer smoke.”

Links to psychosis and schizophrenia

Madeline Meier, an associate professor of psychology at Arizona State University who studies how cannabis affects mental and physical health over a lifespan, sees trouble.

“Not just my research, but the wider body of research has shown that mostly recreational cannabis use is associated with increased risk for psychosis and schizophrenia,” said Meier, who co-authored a 2016 study in JAMA Psychiatry.

Those conditions lead to cannabis users seeing or hearing things that aren’t there and having delusions about the world around them, she said, adding that there’s “also some evidence that cannabis use is associated with depression.”

Researchers like Meier often are asked: Does weed cause mental health issues, or do those with existing mental health conditions gravitate toward weed?

“The kinds of studies that I’m telling you about can’t actually infer causality,” she said.

Other factors to take into consideration, Meier said, are whether people who already have mental health issues, such as depression, self-medicate with marijuana and whether those who develop psychosis have a genetic risk for it.

Antonia Amore-Broccoli, a licensed clinical social worker and psychotherapist in Soquel, California,  also has noticed a correlation between cannabis use and mental health decline.

“Chronic cannabis use can cause a whole variety of issues that can complicate mental health and can actually mimic mental health (issues). It can look like bipolar, bipolar two, depression, anxiety,” said Amore-Broccoli, who has struggled with cannabis abuse herself.

“Cannabis is not a little herb that grows in our garden anymore,” she said, adding that the way the plant is grown and manufactured now leads to a much higher potency.

Amore-Broccoli said that during her 34 years working with clients, she has observed how frequent cannabis use can make existing mental health conditions worse and cause psychosis.

“It is a common medicinal idea to use cannabis for PTSD or anxiety,” she said. “But you have to understand that THC is a hallucinogenic that will cause delusions; it’ll increase paranoia.”

Using once or twice a month wouldn’t generally be a problem, Amore-Broccoli said. But daily use will make those issues worse.

Help for those with PTSD and anxiety

Anxiety, panic disorder and obsessive-compulsive disorder are qualifying conditions for a medical marijuana card in California, which approved its program in 1996.

The rules are different in Arizona, whose voters approved medical marijuana in 2010. Those conditions do not qualify for a medical card – however, PTSD does.

Dr. Amy Wagner, a naturopathic physician in Phoenix who certifies patients for state-issued medical marijuana cards, said patients must show medical records for current treatment and a clear diagnosis of PTSD, as well as regular counseling over the previous year.

“I’ve had a lot of vets that come in, they say it helps them sleep better,” Wagner said. “It helps with the PTSD. I’ve had wives come in with their husbands that say, ‘You know what, we’re getting along again’ because they’re not drinking anymore.

Carrie Cuttler, an assistant professor of psychology at Washington State University, researches how cannabis helps those with PTSD. Her September study in the Journal of Affective Disorders found that marijuana reduced repetitive thoughts about a traumatic event by 62%, flashbacks by 51%, anxiety by 57% and irritability by 67%.

“What we generally find across the board for depression, anxiety, stress, OCD symptoms, PTSD symptoms, is approximately 50% reductions in the severity of of these symptoms from immediately before, to immediately after cannabis use,” Cuttler said.

The main reason medical marijuana patients use the plant, she said, is for pain, followed by anxiety and depression.

“Cannabis is serving as a bit of a Band-Aid, in that what it’s doing is temporarily masking these mental health symptoms, but it’s not doing anything to address the root core issue that is maintaining those symptoms over time,” Cuttler said.

The positive reinforcement created by cannabis’ relief of mental health issues, she said, puts users at risk of problematic use or cannabis use disorder. Instead of rolling a joint or hitting a bowl, Cuttler suggested cognitive behavioral therapy and exposure therapy, which are “known to produce these much longer lasting changes.”

“We don’t know how cannabis is going to interact with more conventional therapy like cognitive behavioral therapy or exposure and response prevention therapy or other exposure therapies used in PTSD,” she said. “And we really need that research.”

The road to recovery

Weidmann, who began smoking marijuana as a teenager and now is 44, has been sober for four years. She lives in Mesa and works as a patient care coordinator at a biotech company.

Instead of smoking marijuana when she feels anxious, she meditates. The 12-step meetings she leads begin with meditation and mindfulness to overcome what she calls the hamster wheel of “ruminating thoughts, or intrusive thought, where you’re not able to sit and close your eyes for two minutes.”

She sets a two-minute timer on her phone for quiet reflection.

“Sometimes on Fridays, I’ll do, like, two-hour meditations. And those are always really cool. Because I’m like, I’m traveling on the astral plane, I’m going all over.”

Weidmann said her sobriety has made her a different person, something she calls “psychic character change.”

The urgent compulsion has been lifted, Weidmann said, because she invested time in the program, both for herself and others. She’s thankful for the ability to do mundane things, such as pay taxes and buy groceries, making her a contributing member of society rather than a drain on it.

In her one-bedroom Mesa apartment, atop a counter adorned with crystals as jagged as the nearby Superstition Mountains, is a marbled rock with the inscription, “Surrender 5.20.16” – Weidmann’s first day of sobriety. Her reminder to stay present, inscribed in stone.