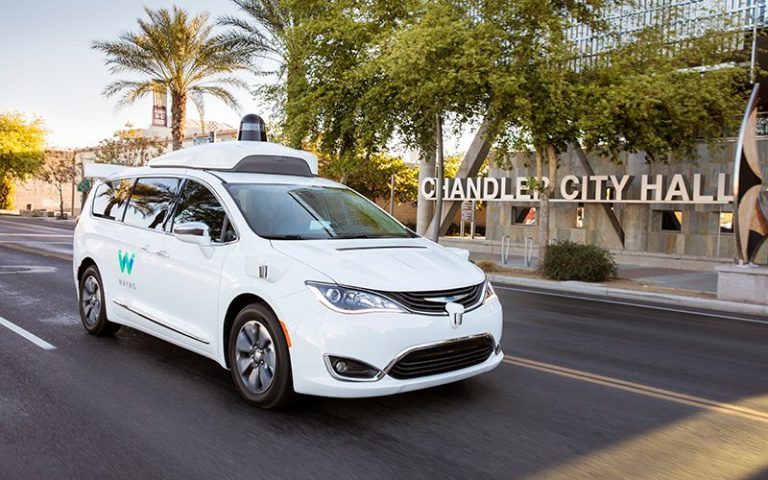 The roadways of metro Phoenix may not look much different 10 years from now, but how we travel them might.

We may have more vehicles without drivers behind the wheel, according to Andrew Maynard, an associate dean at Arizona State University’s College of Global Futures. Artificial intelligence packed with centuries’ worth of driving knowledge – which takes human error out of the equation – will control vehicles on Arizona roads.

That future isn’t far away, said Maynard, adding that it wouldn’t surprise him if in a decade “we see fairly ubiquitous use of self-driving vehicles, certainly for deliveries, certainly for transportation of goods.”

And he imagines in that time frame, more people will use driverless taxis, such as those developed by Waymo, which began in 2009 as the Google Self-Driving Car Project. This fall, Waymo introduced a fully driverless ride-hailing service to the east side of metro Phoenix.

The service was made available to members of Waymo One, the company’s premium membership, on Oct. 8, and it’s now available to anyone in Chandler, southeast Tempe, and southwest Mesa through Waymo’s app.

Waymo’s autonomous driving software represents more than 500 years of driving for the average licensed U.S. driver, according to the company, which began its early rider program in metro Phoenix in 2017 using a hybrid Chrysler Pacifica.

Kevin Biesty, deputy director for policy at the Arizona Department of Transportation, said the service helps solve the long-standing issue of driver safety.

Biesty said transportation departments across the country have grappled with how to improve driver safety, but “the one key component is the driver.”

“Ever since the advent of the automobile, government has been trying to figure out what’s the secret sauce to have drivers operate safely behind the wheel,” he said.

After years of only somewhat effective incentives and penalties, autonomous vehicles may bring “significant safety factors that society will benefit from,” Biesty said.

According to the federal Centers for Disease Control and Prevention, more than 32,000 people die in vehicle accidents each year, and many of those deaths are caused by human error.

Biesty said human drivers are like millions of individual operating systems similar to what controls autonomous cars. He imagines a day when those millions of systems are down to five.

“And if there was a problem, you can actually go in and tweak the system to address that problem, which is not available today,” Biesty said.

“It makes a lot more sense to look for additional technologies rather than thinking we need to rip up roads and put light rail or to add an expensive bus line,” he said.

Waymo has been mapping Chandler’s streets for about four years now, he said.

“I think they crossed their t’s and dotted their i’s in terms of safety to be on our streets,” said Hartke, who said he has ridden in these cars when there was a driver onboard, just in case.