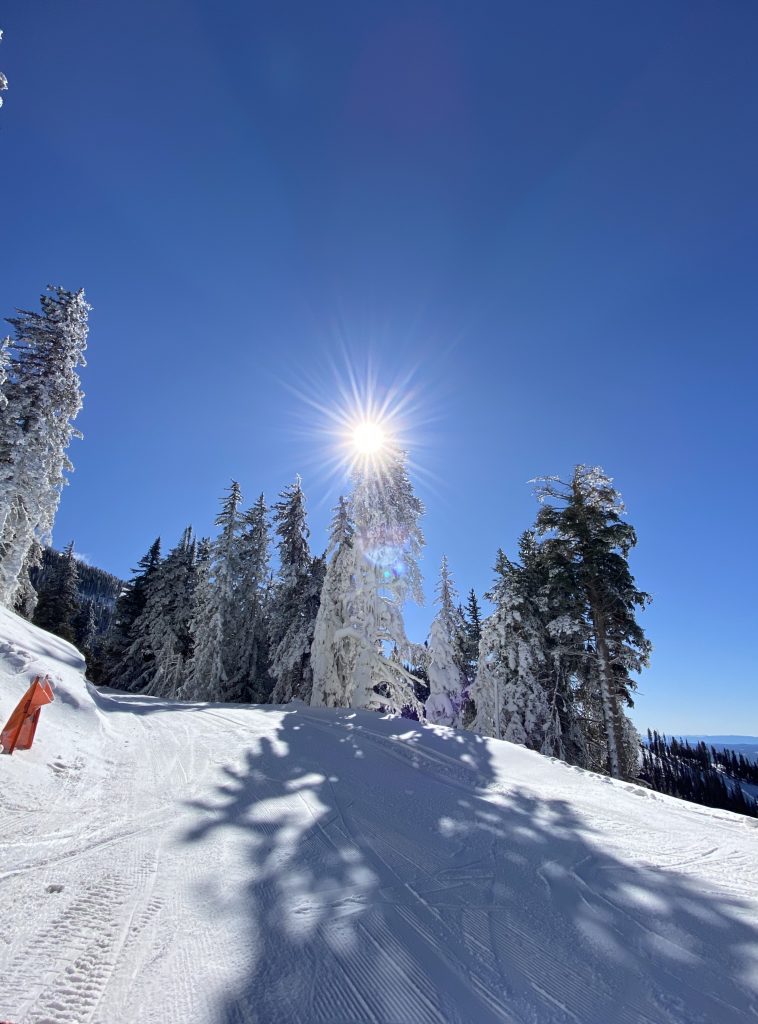 Snow in the Valley? Unlikely, but Arizonans can make their way about two hours north from Phoenix to Flagstaff to get a taste of winter.

Snowbowl Ski Resort, the Alpine slopes on Northern Arizona’s San Francisco Peaks, opens for the winter season on Friday, with some slight changes due to COVID-19 restrictions.

“Obviously we want people to have fun on the mountain,” said Li Cui, the marketing manager of Snowbowl Ski, “but health and safety is the most important thing for us because if you don’t feel safe then you’re probably not going to have fun.”

The biggest operational changes on the mountain are through ticket sales and capacity limitation.

“Ultimately our entire plan comes down to spreading people out as much as possible, outdoors,” Cui said.

“We feel very comfortable and believe skiing outside with plenty of space is a safe environment.”

The Snowbowl team will be closely monitoring weather conditions, the number of open trails, and the parking lot and lodging capacity.

“That daily limit is going to be very fluid … even honestly hour by hour,” Cui said.

Cui said they will assess visitation and ticket sales and as they begin to reach their capacity for a certain day, they will limit and direct traffic at the bottom of the mountain.

Snow falls in Flagstaff about 34.9 days out of the year, according to the Weather Atlas, and on the top of the mountain the yearly average is about 260 inches. While Snowbowl’s base elevation is 9,200 feet above sea level, the summit reaches 11,500 feet and yields a 2,300-foot vertical drop, allowing for prime skiing conditions.

To help guarantee a full winter season from late November to early April, the mountain also has a state of the art snowmaking system that covers 65% of the trails.

Restrictions may impact some guests’ experience but the Flagstaff Ski and Snowboard team, which trains at Snowbowl, is just grateful for the opening and opportunity for a season.

“We are looking forward to and planning for a full season,” said Todd Gillenwater, President of the Board of Directors for the Flagstaff team.

“But we will do everything we can to keep our athletes safe.”

The team has a “COVID committee” chaired by a parent physician from the Valley, but they will be following the Snowbowl protocols along with their own.

Gillenwater’s twin daughters have competed on the team since they were 7 years old. As they grew older Gillenwater moved up the ranks from team parent to board president. He said it was important for him to be a part of the skiing community because of the lessons it teaches and the relationships it builds.

“The skills they learned through this team serve them in so many other facets of their lives other than just skiing, so that’s why it draws you in,” Gillenwater said.

“But boy, to watch your own kids progress and mature at something as technical as Alpine ski racing is just so satisfying for a parent … that’s all the motivation I needed to get involved in the club.”

Hannah Gillenwater has been on the team for nine years and is finishing her second year as an U16, the end of her age group. She will be moving into some bigger races with quicker athletes this season.

“We compete against some really fast and really talented athletes, people who get to ski seven days a week. It pushes me to be better,” said Hannah, who knew she wanted to race Alpine competitively when she was around 11 or 12.

The Flagstaff Ski and Snowboard team has been around since 1967 and trained thousands of athletes from amateurs to Junior Olympians. Arizona may not be home to the most snow, but athletes and coaches on the team believe that they are matched evenly in talent among their Rocky Mountain Division competition.

Davis Boyer, the director of coaching for the Flagstaff Ski and Snowboard team, said the team’s division – the southern series – is made up of small ski towns just like Flagstaff.

“Yeah we are one little town in Arizona, but we’re a part of something bigger,” Boyer said.

“We may not always be at the top but I think we make some of the best well-rounded athletes on and off the hill.”

Boyer has been skiing since he was about 3, became a part of the Flagstaff team when he was 5 and started coaching when he graduated high school about ten years ago.

He said he has enjoyed watching the team change and grow over the years and believes it can produce or help to produce professional athletes.

“I absolutely think that we could produce top level athletes,” Boyer said. ”We’ve had some really phenomenal athletes that have come from Flagstaff and gone on to ski in the higher, higher leagues.”

Boyer said that people tend to leave for ski towns with more year-round snow, to train 24/7.

“These World Cup athletes don’t necessarily have a hometown because they go where the snow is,” he said.

“Once you get to a certain point, yeah you gotta go chase that dream, but I think that we can get them to that point, or at least as close to that point as we can being a small town in Arizona.”

During the off season the team received their Podium Certification at the Bronze Level from U.S. Ski and Snowboard, something only 14% of other teams and programs have been able to achieve.

From the team’s announcement this means they have “demonstrated appropriate levels of performance in all areas and is recognized as an important partner of the U.S. Ski and Snowboard and a leader among ski and snowboard clubs in the nation.”

While the pandemic has forced teams around the world to postpone or cancel their seasons, the Flagstaff Ski and Snowboard team is grateful their home mountain is opening, allowing them to compete during such unprecedented times.