Half of Arizonans say they have suffered from ‘quiet stress’ this year, reveals survey 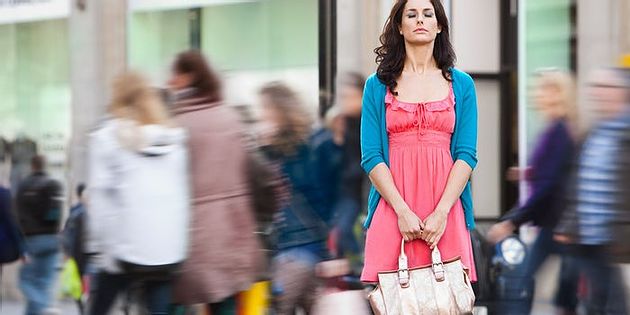 With a global pandemic still raging across America, resulting in separation from loved ones due to social distancing, as well as growing unemployment rates and economic uncertainty for many, it is perhaps no wonder there has been an increase in the need for mental health treatment. With disruptions to many Americans’ social lives, it may be difficult to reach out for help during this time, which can lead to people restraining their emotions and keeping them inside. This is often referred to as ‘quiet stress’ and while it may not sound serious, it can contribute to a range of different illnesses, such as addiction, lowered immunity and heart disease.

American Addiction Centers, a leading provider of substance addiction treatment resources, conducted a survey of 3,000 adults, which found that nearly half (47%) of Arizonans say they believe they have suffered from ‘quiet stress’ this year. More widely known symptoms of stress often include visible outbursts, shouting, swearing and anger. By comparison, ‘quiet stress’ can cause an individual to underreact and not speak up about how they feel. This can lead to a state of inertia, whereby even though we feel overwhelmed, we ignore important tasks and don’t act on certain situations that require change. Therefore, ‘quiet stress’ can result in a sense of emotional paralysis, which could leave us unable to emerge from negative situations.

It appears that being isolated ranks high up as a stress trigger for many people, as over a quarter (28%) of respondents say the thing that has made them the most stressed this year is social distancing and loneliness. This was followed by personal finance (23%), being unable to see loved ones (20%), personal health (15%) and relationship issues (13%).

Although it is possible to learn to subdue your body’s stress responses, eventually these emotions will emerge and could manifest negatively in the form of a suppressed immune system, social withdrawal or unhealthy habits like excessive drinking. The survey also discovered that nearly 1 in 5 (19%) respondents admit they are more likely to turn to alcohol now to alleviate stress as compared to pre-pandemic times.

Additionally, 1 in 3 (33%) people who say they usually internalize their emotions within admit these feelings emerge after they have been drinking. Moreover, for many, the pandemic has resulted in heightened anxiety levels, as well isolation, loneliness and boredom that may be brought on by spending more time at home – all of which can become potential triggers for excessive drinking.

Finally, the survey revealed that nearly half (48%) of people say the reason they hide their feelings when suffering from stress is because they don’t want to worry friends or family. Nearly a quarter (23%) said the reason they hide their feelings is out of fear of appearing weak. Additionally, 17% said it’s because they want to avoid dealing with it, and 13% don’t believe it is an issue that needs to be discussed.

‘Compared to traditional symptoms brought on by stress, it can be difficult to diagnose those caused by ‘quiet stress’ as they may manifest in different ways. If you notice you are procrastinating on tackling important tasks, excessively drinking, more prone to getting colds or feeling ‘stuck’ in difficult situations, it could be worth evaluating whether you are internalizing your body’s responses to stress,’ says a spokesperson for American Addiction Centers. ‘If you feel overwhelmed at the thought of reaching out to a loved one about it, contact your local care clinic for help from a trained professional, such as a counselor.’