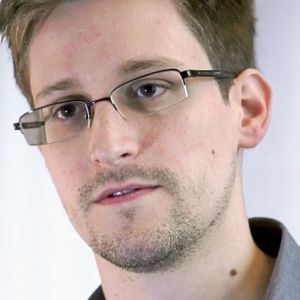 Point: No, Trump Should Not Pardon Edward Snowden

Presidents were given the pardon power for two principal reasons: one, in times of crisis, a timely pardon might be in the country’s national interest and, two, when the letter of the law creates an inequity in its application. Neither situation applies to Edward Snowden. To the contrary, his decision to steal 1.5 million highly classified documents from U.S. intelligence and make them available to journalists and, when published, America’s adversaries, is deserving of an extended stay in federal prison.

Snowden’s supporters claim that by exposing a National Security Administration program that collected a mass of telephone meta-data (time, duration and end points of calls but not their substance), he was engaged in an act of civil disobedience. The American public needed to know what was going on behind NSA closed doors in the name of supposedly fighting terrorism.

But was it illegal what NSA was doing? Not according to two different administrations, one Republican (Bush), one Democrat (Obama). Not according to the federal courts either. The Foreign Intelligence Surveillance Court on multiple occasions had approved the program and the Supreme Court had validated collection of such data as information that phone companies already had on hand as part of doing business and, hence, couldn’t be thought of as private.

Whatever the program’s substantive merits — and reasonable people can differ on that — it’s important to remember that, after 9/11, the complaint was that the government had not been forward leaning enough when it came to collecting intelligence and has missed leads because it was not “connecting the dots.” The NSA program was an effort to collect the dots so they could be connected. If you knew a terrorist’s cell number, then knowing what other numbers were in touch with him might be a critical piece of intelligence.

Moreover, as a House intelligence committee report on the damage done by Snowden noted, “the vast majority of the documents he stole have nothing to do with programs impacting individual privacy interests — they instead pertain to military, defense and intelligence programs of great interest to America’s adversaries.”

Indeed, “leaks” from Snowden’s stash have led to terrorist groups changing methods of communication to enhance security, and the compromise of the covert ways the CIA and NSA are able to penetrate computer systems from afar and even without those systems being tied to the internet. Indeed, also given away was the fact that U.S. intelligence was able to listen in on the Russian president’s calls and had penetrated key Chinese servers in Beijing. At the end of the day, Snowden’s disclosures have closed off successful collection operations that cost millions to develop against critical targets having nothing to do with American citizens.

Putting Snowden on a pedestal is hard to take given his own track record of deception. He lied as to why he washed out of the Army; he lied about the level of work he did at CIA in order to get another job; he doctored his resume and his performance evaluations and, according to the House report, he stole answers to an employment test in order to obtain his position associated with the NSA. And, of course, he lied to his supervisor about taking a few days off for medical treatment when in fact he was hightailing it to Hong Kong and eventually making his way to Moscow.

The reason to bring up these character issues — and putting aside for the moment the massive amount of material he took with him unrelated to civil liberties — is that Snowden had other avenues through which he could have raised his concerns about the NSA collection program. Each agency has an inspector general’s office whose responsibility it is to look at charges of illegality or impropriety; and each agency has processes intended to protect whistleblowers.

Finally, if Snowden believed he hadn’t received satisfaction from that office, or that he couldn’t use them for whatever reason, he could have gone to either the House or Senate intelligence committee. As a former staff director of the Senate committee, I can attest that it was not unusual to receive complaints from Intelligence Community employees on this or that issue, which we would then follow up on.

Snowden’s actions are not that of true civil disobedience where an individual breaks a law in protest but, out of respect for the broader rule of law, accepts jail time. A pardon for someone who clearly thinks he is above the law is neither necessary nor appropriate.

Gary Schmitt is resident scholar in Strategic Studies at the American Enterprise Institute. He wrote this for InsideSources.com.

President Obama should have pardoned Edward Snowden. Now, it is up to President Trump to do what’s just. It is ultimately the responsibility of the president to ensure that national security whistleblowers have an effective and safe avenue to raise concerns that they reasonably believe evidence violations of law, abuse of authority, specific health and safety dangers, environmental threats, gross waste of funds, or gross management.

Edward Snowden clearly had such reasonable beliefs, and therefore should be pardoned not only for his own work but also to set a precedent for the future safety and efficacy of national security whistleblowers.

To Obama’s credit, he did issue an executive order — Presidential Policy Directive 19 — that provided some relief to intelligence agency employees, but he too left contractors, like Snowden, out in the cold. Following the order, intelligence agencies were not only hostile to the implementation of the directive but actively undermined its realization.

In public statements, Obama and many other public officials falsely claimed that the reforms were operable and would have covered Snowden, yet in practice they were non-existent. Without an avenue to act legally and safely to reform the National Security Agency, Snowden took the bold action to expose surveillance activity, which our leaders should have exposed themselves and that we as Americans had a right to know.

Snowden paid close attention to the treatment that earlier whistleblowers had endured, such as Thomas Drake and his colleagues. They raised their concerns about a corrupt surveillance program at NSA. They went to their superiors, to the NSA general counsel, to the Defense Department Inspector General Office, and eventually to both the Senate and the House intelligence committees. The Department of Defense Inspector General Office violated its confidentiality agreement and gave their names to the FBI as “leakers” — a false accusation.

As a result, the FBI sent armed tactical squads to invade their homes. They faced possible criminal prosecution for years. The trauma of those events still haunts them and their families. Furthermore, Drake faced 10 trumped-up felony counts, which could have sent him to prison for life. Over four years later, on the eve of his espionage trial, the case fell apart and the federal judge who presided excoriated the Department of Justice for its work. In court, he chided the prosecutors and wondered what had happened to the “adult supervision” at the department.

Snowden saw what happened to his predecessor whistleblowers and chose a different way forward: a path that he saw as the only option to expose the wrongdoing that he knew a great deal about, but about which Americans knew nothing. Had he not done so, we would not have learned of the massive surveillance program that the NSA had launched, which was affecting the privacy of millions of Americans. We certainly would not have known about the NSA’s activities because despite the abuses and overreach of surveillance, the documents were buried under the cloak of classification. The top intelligence chief of the nation, James Clapper, lied about the very existence of the program while testifying under oath at a Senate hearing.

Eventually the president responded to the public outcry in response to Snowden’s disclosures and ended some of the surveillance abuses. In doing so, he claimed that the reforms were in the works before Snowden’s revelations. There is no evidence that this was true. In fact, Clapper’s lies to Congress suggest the opposite.

Edward Snowden courageously spoke up and exposed what the NSA was doing and how its leaders were lying to the American people. It was the obligation of Congress, the president, and our national security agencies to provide a safe channel for his concerns. They failed. It is time President Trump recognize the failures of previous administrations and pardon this idealistic and patriotic citizen.

Snowden’s truth-telling and civil disobedience provided critical information about what our government was doing to us, and supposedly for us, without our knowledge or consent.

Louis Clark is CEO of the Government Accountability Project. He wrote this for InsideSources.com.