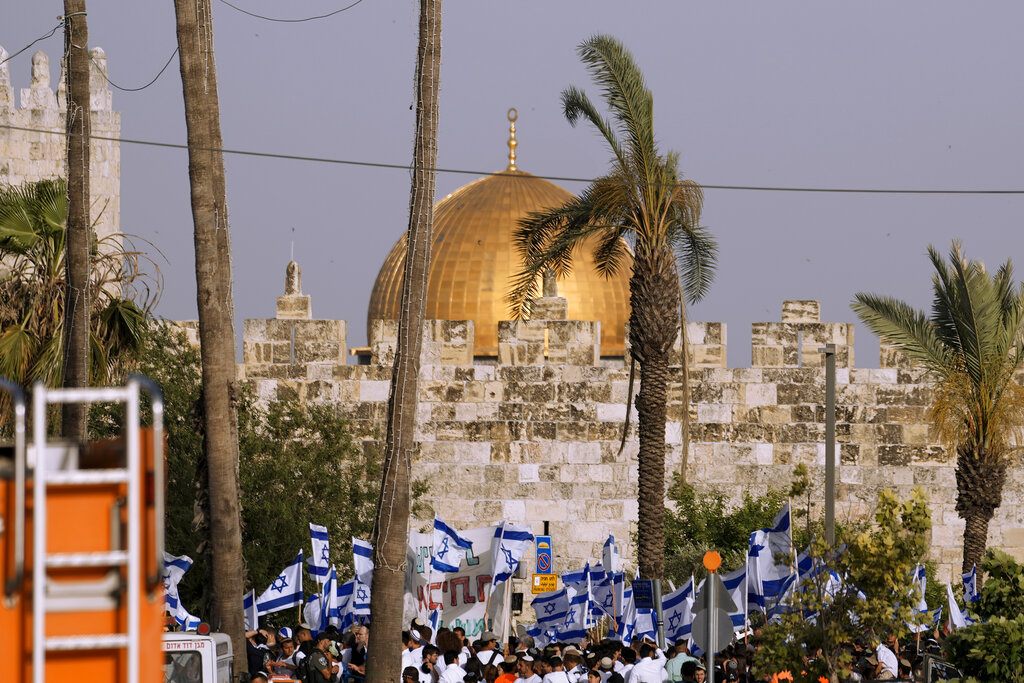 Photo: Israelis wave national flags in front of Damascus Gate outside Jerusalem’s Old City to mark Jerusalem Day, an Israeli holiday celebrating the capture of the Old City during the 1967 Mideast war Thousands of Israeli nationalists, some of them chanting “Death to Arabs,” paraded through the heart of the main Palestinian thoroughfare in Jerusalem’s