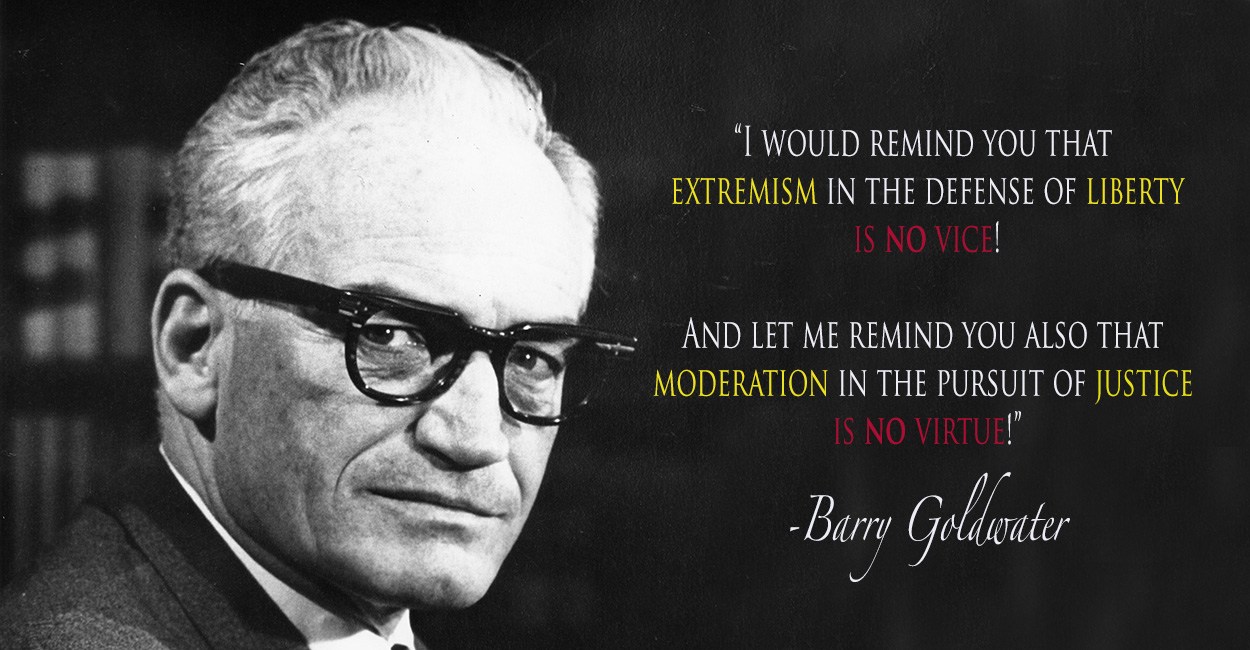 “Tolerance will reach such a level that intelligent people will be banned from thinking so as not to offend the imbeciles.” Unknown, often attributed to Dostoevsky Senator Barry Goldwater was one of the original conservatives to buck the Republican Party establishment. As a result, many of the establishment Republicans from the Northeast refused to endorse him