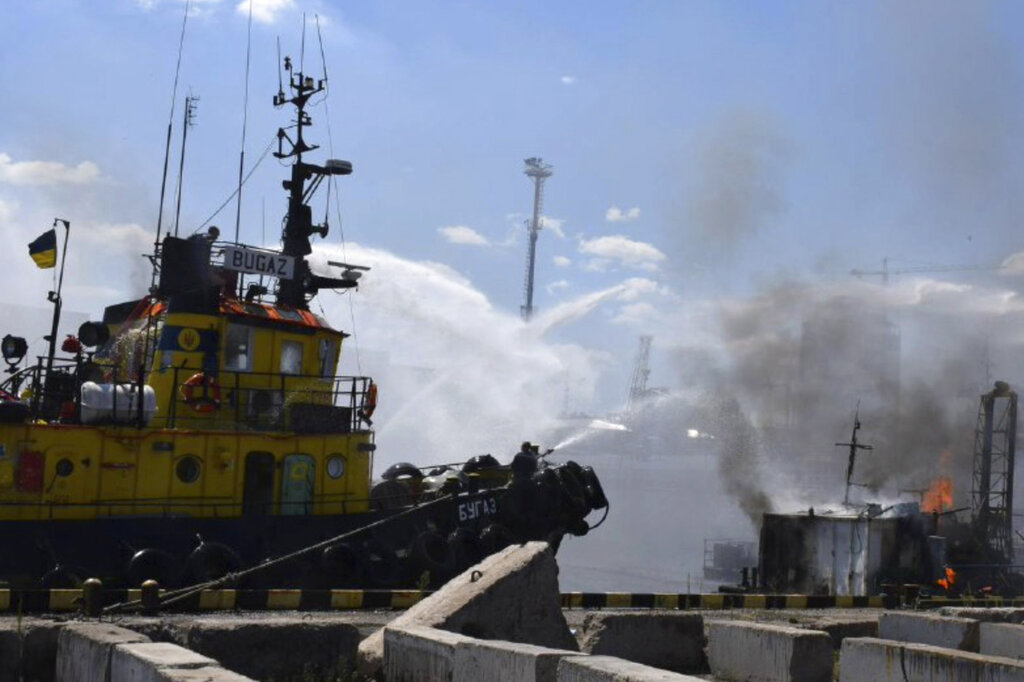 In this photo provided by the Odesa City Hall Press Office, firefighters put out a fire in the port after a Russian missiles attack in Odesa, Ukraine Russian defense officials insisted Sunday that an airstrike on the Ukrainian port of Odesa hit only military targets, but the attack tested an agreement on resuming grain shipments