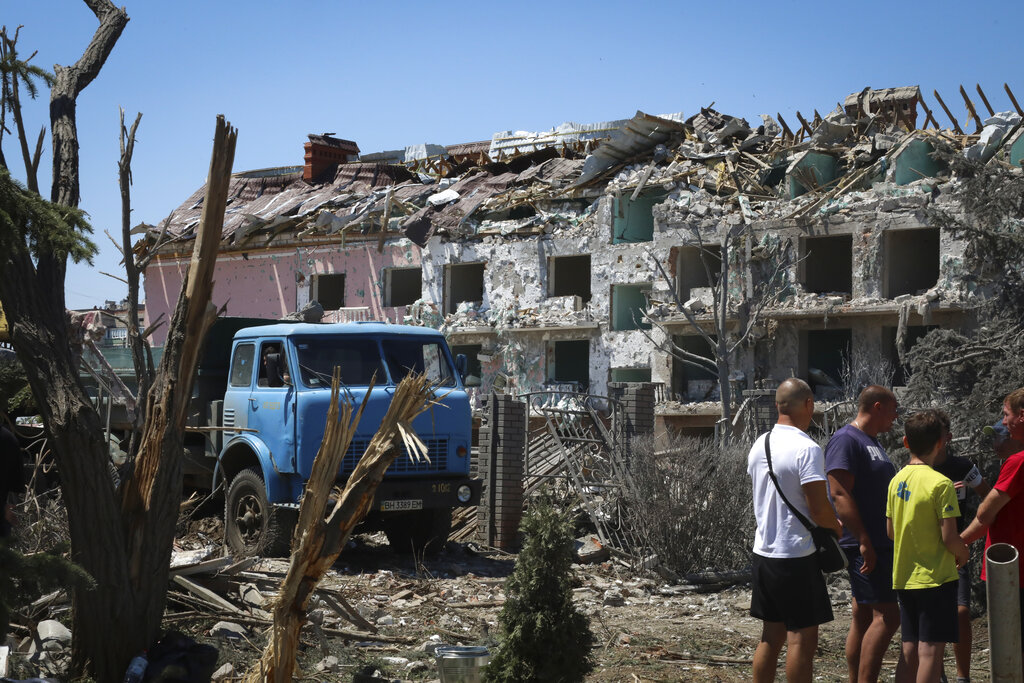 A Russian airstrike on residential areas killed at least 21 people early Friday near the Ukrainian port of Odesa, authorities reported, a day after the withdrawal of Moscow’s forces from an island in the Black Sea had seemed to ease the threat to the city. Video of the attack before daybreak showed the charred ruins