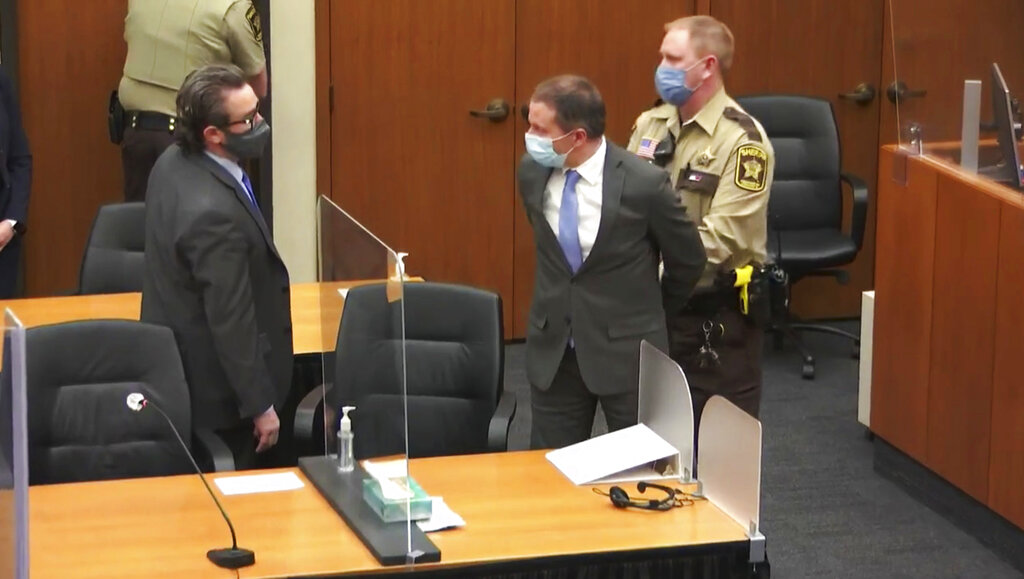 Chauvin guilty of murder and manslaughter in Floyd’s death

Former Minneapolis Officer Derek Chauvin was convicted Tuesday of murder and manslaughter for pinning George Floyd to the pavement with his knee on the black man’s neck in a case that triggered worldwide protests, violence and a furious reexamination of racism and policing in the U.S. Chauvin, 45, was immediately led away with his hands