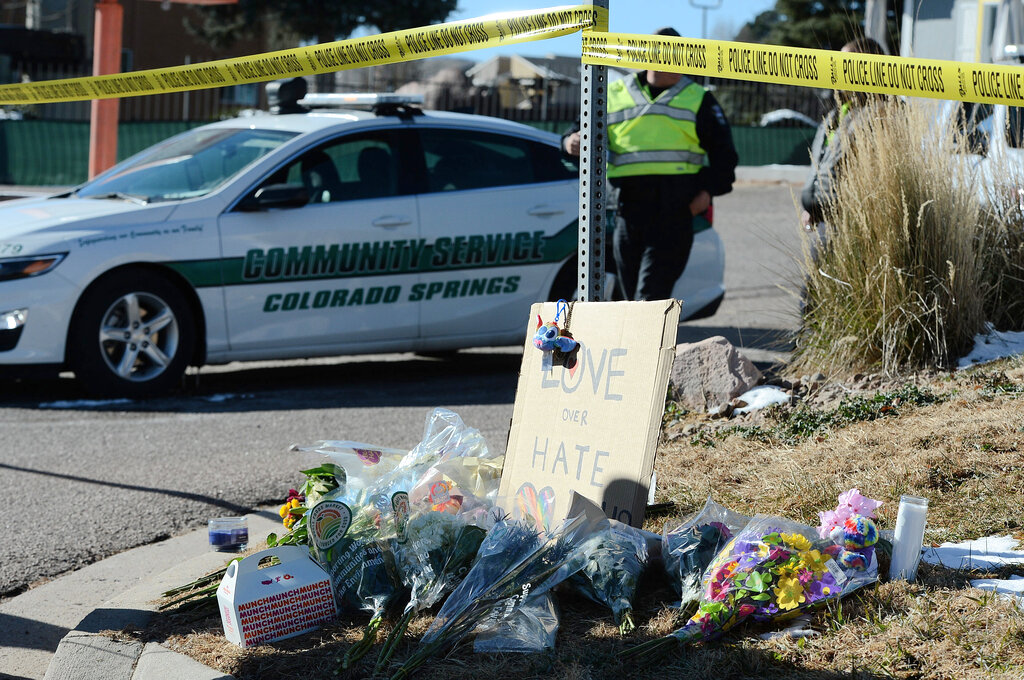 A 22-year-old gunman opened fire with a semiautomatic rifle inside a gay nightclub in Colorado Springs, killing five people and leaving 25 injured before he was subdued by “heroic” patrons and arrested by police who arrived within minutes, authorities said Sunday. The suspect in the Saturday night shooting at Club Q used an AR-15-style semiautomatic

Police searched Friday evening for the suspect in a shooting at a suburban Milwaukee mall that left seven adults and a teenager injured. Wauwatosa Police Chief Barry Weber gave no motive for the attack at the Mayfair Mall in a brief update about three hours after the 2:50 p.m. incident near an entrance to the