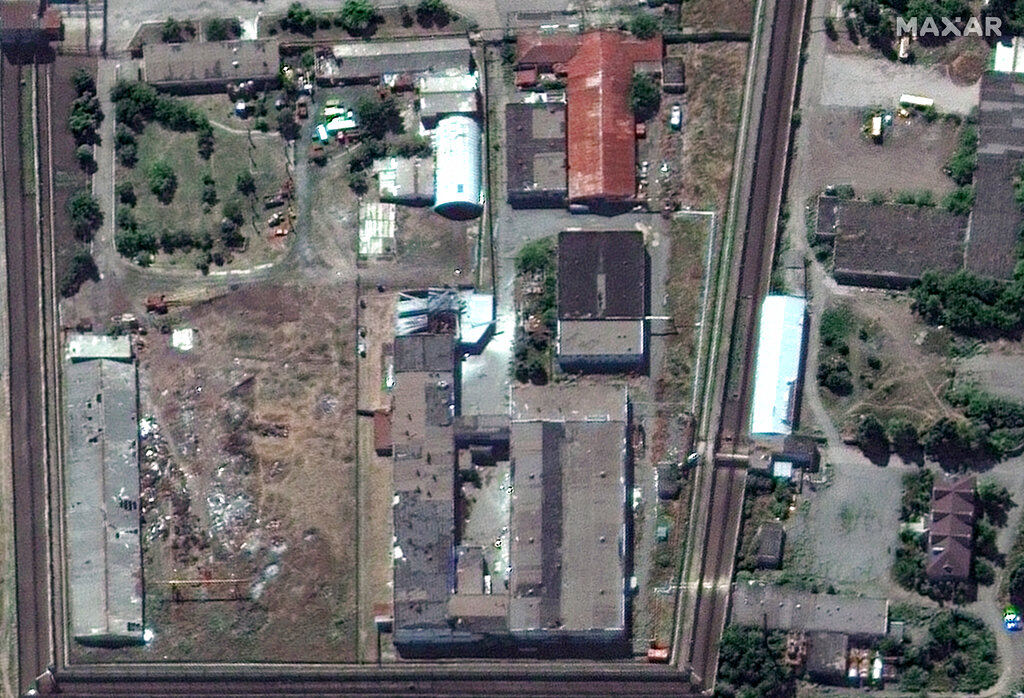 In this satellite photo provided by Maxar Technologies, a view of the Olenivka detention center, in Eastern Donetsk province, after an attack on the prison reportedly killed Ukrainian soldiers captured in May after the fall of Mariupol A small explosive device carried by a makeshift drone blew up Sunday at the headquarters of Russia’s Black