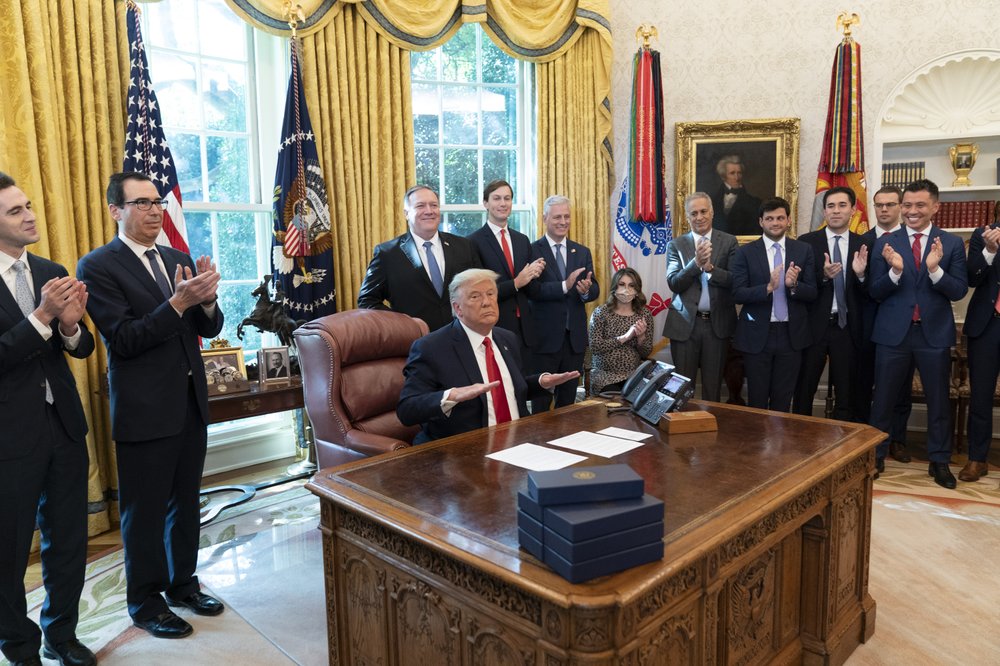 President Donald Trump announced Friday that Sudan will start to normalize ties with Israel, making it the third Arab state to do so as part of U.S.-brokered deals in the run-up to Election Day. The announcement came after the North African nation agreed to put $335 million in an escrow account to be used to