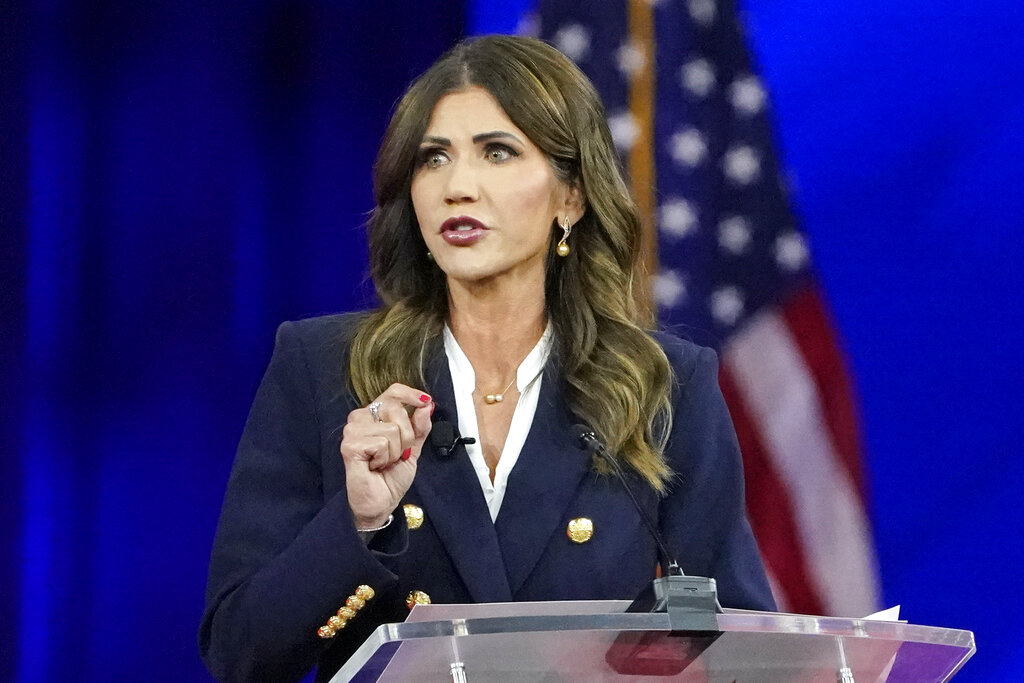 South Dakota Gov. Kristi Noem asked a state ethics board to dismiss a complaint against her without a public hearing and to seal off certain records, documents released Friday by the state’s Government Accountability Board show. The Republican governor, who is widely seen as eyeing a 2024 White House bid, argued in an April motion 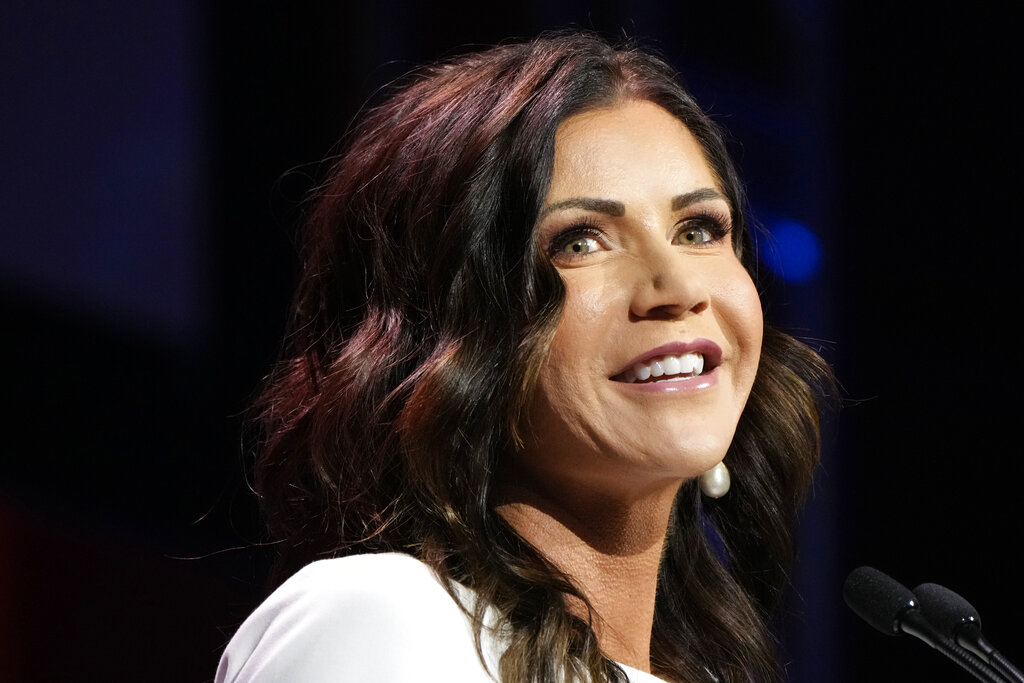 More than 18 months before the first presidential primary of 2024, most potential Republican candidates are just getting a sense of the political landscape, tiptoeing through early-voting states and trying to make friends in key places. Then there’s Kristi Noem. The South Dakota governor has come out swinging as she tries to carve a niche 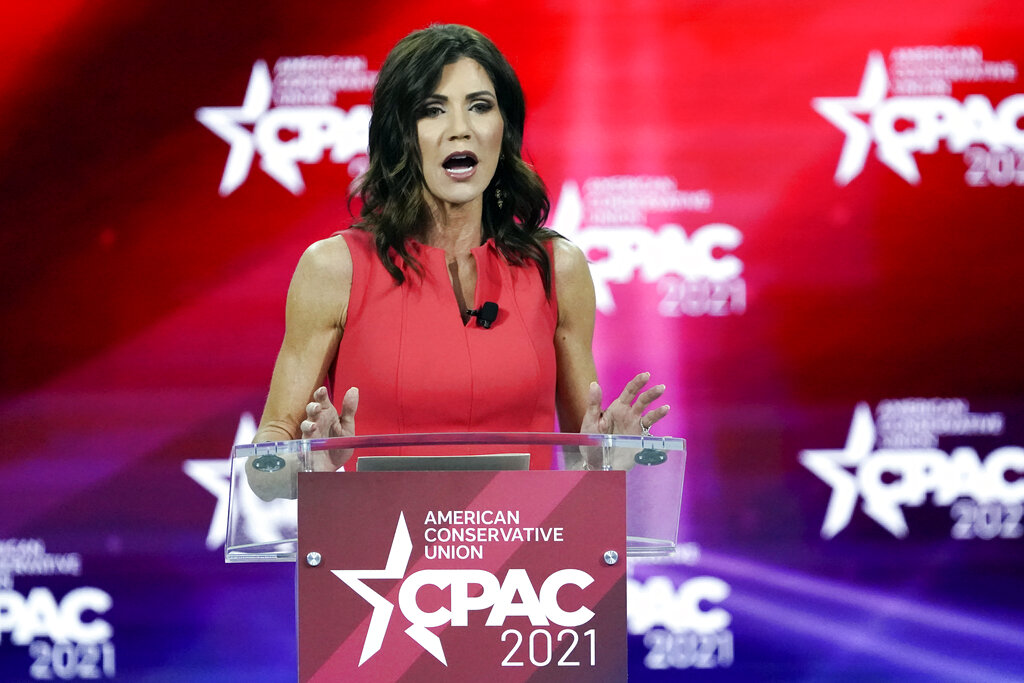 South Dakota Gov. Kristi Noem said Tuesday she will use a donation from a Republican donor to fund a deployment of up to 50 South Dakota National Guard troops to the U.S. border with Mexico. Noem joined a growing list of Republican governors promising to send law enforcement officers to Texas as the GOP ramps