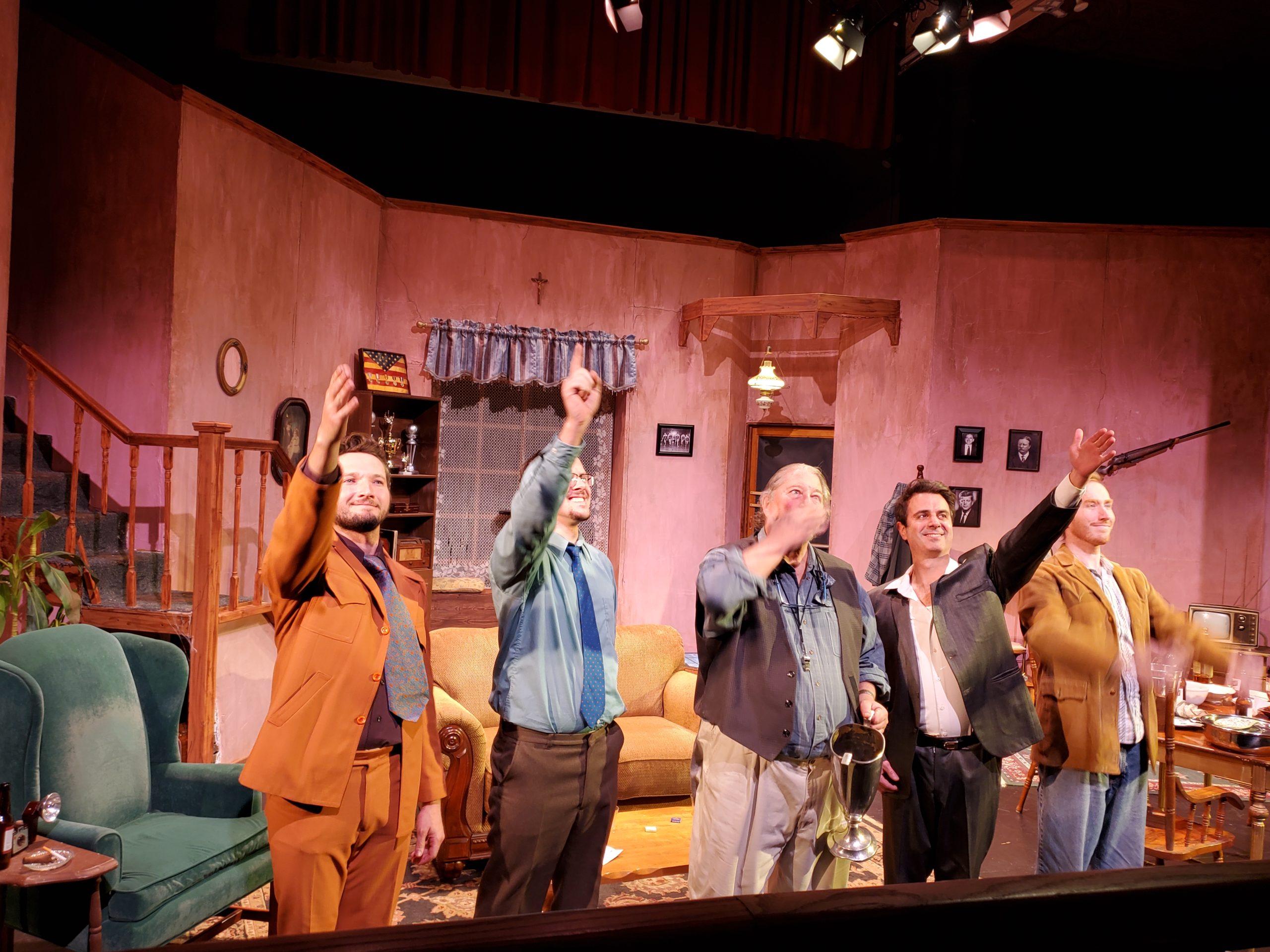 Opening Night: That Championship Season at Prescott Center for the Arts – David Stringer

Live theater returned to the stage of Suze’s Prescott Center for the Arts  on Thursday night with the revival of Jason Miller’s Tony Award winning drama, That Championship Season. The 1973 Broadway hit about the hypocrisy, personal failings, and prejudices of small town America also won the New York Drama Critics Award for Best Play and the 1973