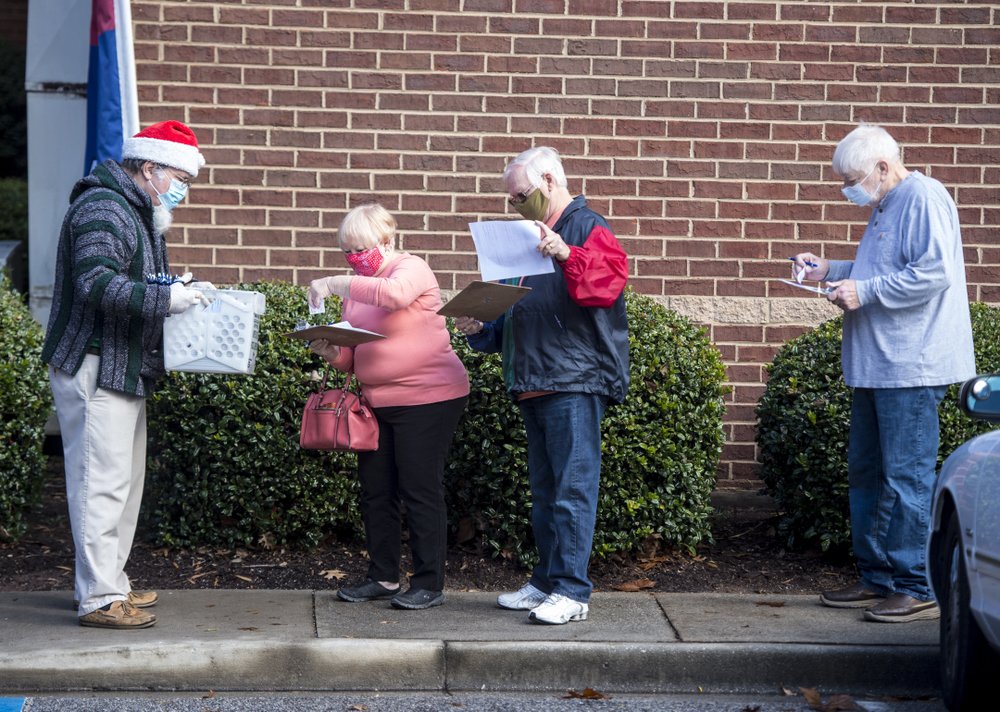 Early in-person voting began Monday in the runoff elections for Georgia’s two U.S. Senate seats, with lines reported to be shorter than in the first days of early voting for the general election last month. More than half of the record 5 million votes in the Nov. 3 general election were cast during its three-week