[UPDATE: Suspect has been identified and taken into custody.] On Thursday, August 19, 2021, at approximately 4:15 pm, Credit Union West in the 8600 Block of East State Route 69, Prescott Valley, Arizona was robbed up by a lone white male subject. The male is described as younger, in his mid-20’s, thin, approximately 5’07”, blue 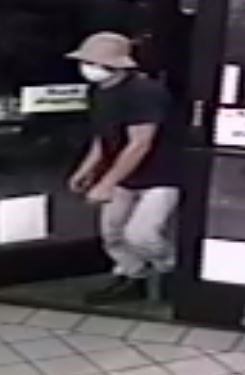 UPDATED INFORMATION At this time Yavapai Silent Witness is offering up to $600.00 cash reward for anyone providing information leading to an arrest in this case.  You can call 1-800-932-3232 or submit a tip on line at yavapaisw.com The Prescott Police Department Investigations Section is requesting help from our community in identifying a suspect from