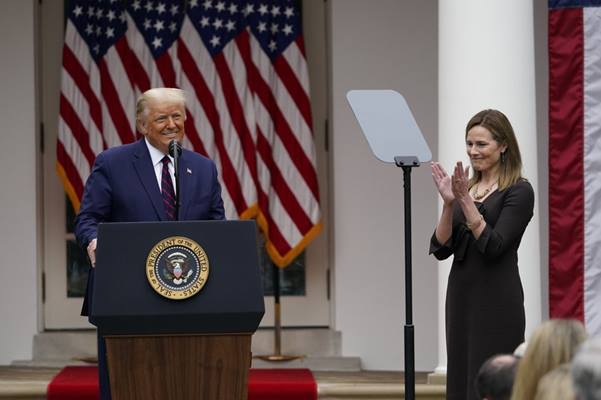 President Donald Trump has chosen Judge Amy Coney Barrett to replace the late Ruth Bader Ginsburg, sending the nomination to the Senate with hopes of a quick confirmation fewer than 40 days before the presidential election. Republicans are eyeing a vote in late October, though Senate Majority Leader Mitch McConnell hasn’t yet said for certain