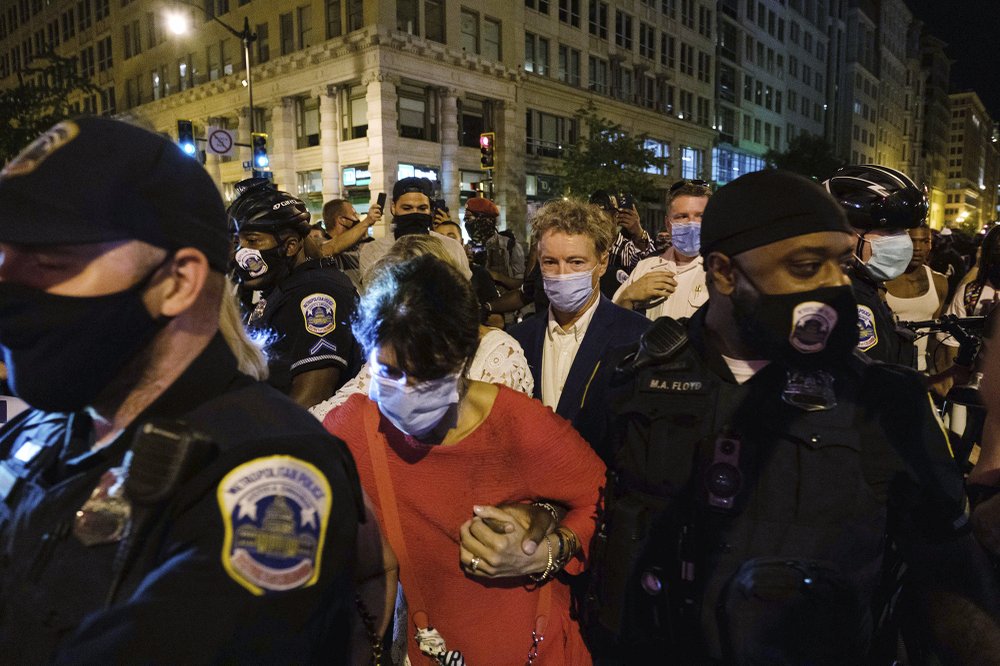 Hundreds of demonstrators gathered around the White House for a “noise demonstration and dance party” in an attempt to drown out President Donald Trump’s speech accepting the Republican presidential nomination. And later, a crowd enveloped U.S. Sen. Rand Paul of Kentucky as he left the convention, yelling for him to say the name of police