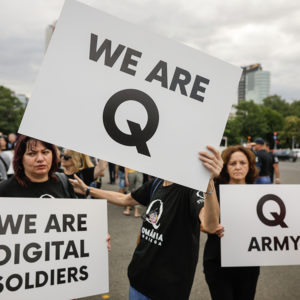 Opinion: The International Spread of QAnon

QAnon is a far-right conspiracy theory alleging that a cabal of Satan-worshipping pedophiles is running a global child sex-trafficking ring and plotting against President Donald Trump, who is tirelessly fighting the cabal. The Pew Research Center has shown that Americans’ awareness of QAnon has doubled from 23 percent to 47 percent from March until September.