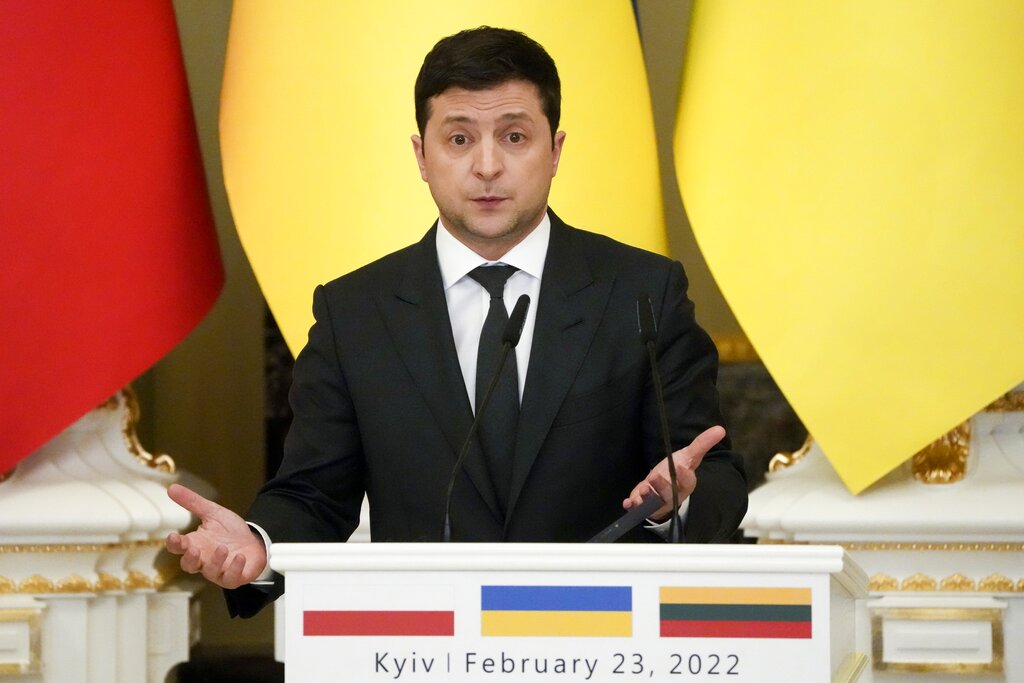 Photo: Ukrainian President Volodymyr Zelenskyy gestures while speaking The Kremlin said rebels in eastern Ukraine asked Russia for military assistance Wednesday to help fend off Ukrainian “aggression,” an announcement that immediately fueled fears that Moscow was offering up a pretext for war, just as the West had warned. A short time later, the Ukrainian president